posted on Sep, 30 2015 @ 12:31 PM
link
Today is a day of pride for Palestinians all around world. Today is a Day of Hope! A day for a long held dream of the Palestinians for the creation of their state.

Justice it's on is way step by step, Palestine will achieve their right to leave free as nation. 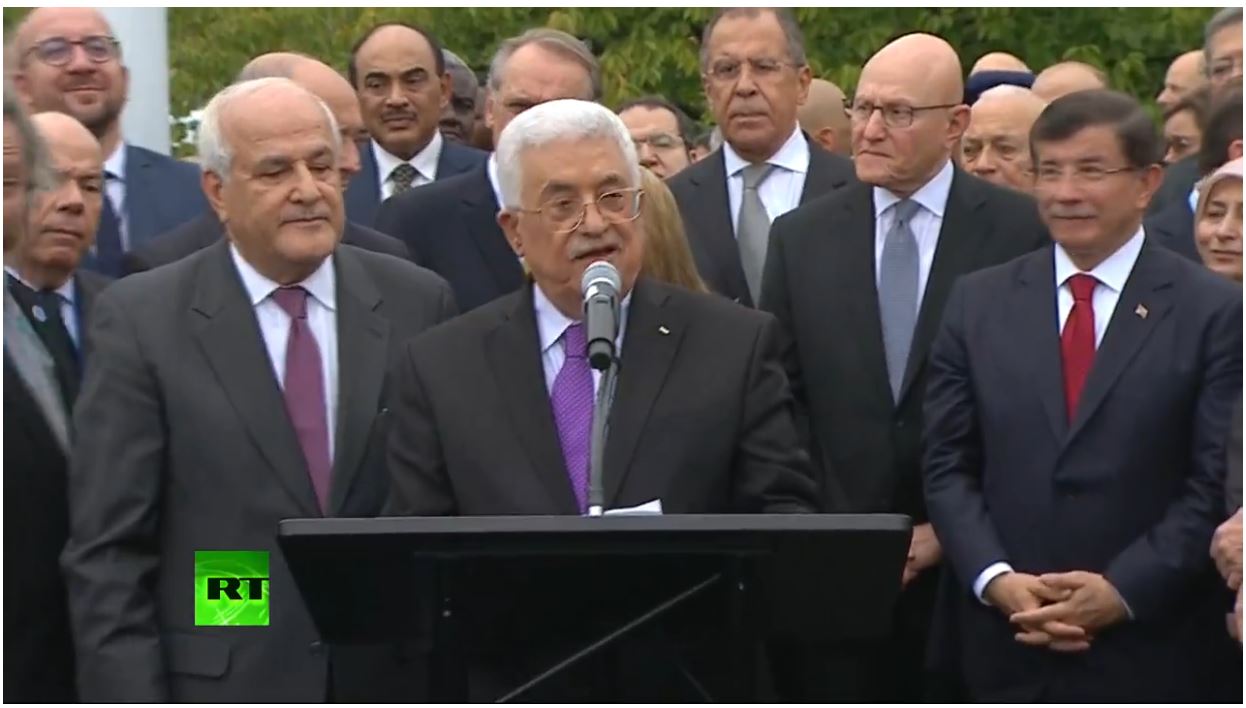 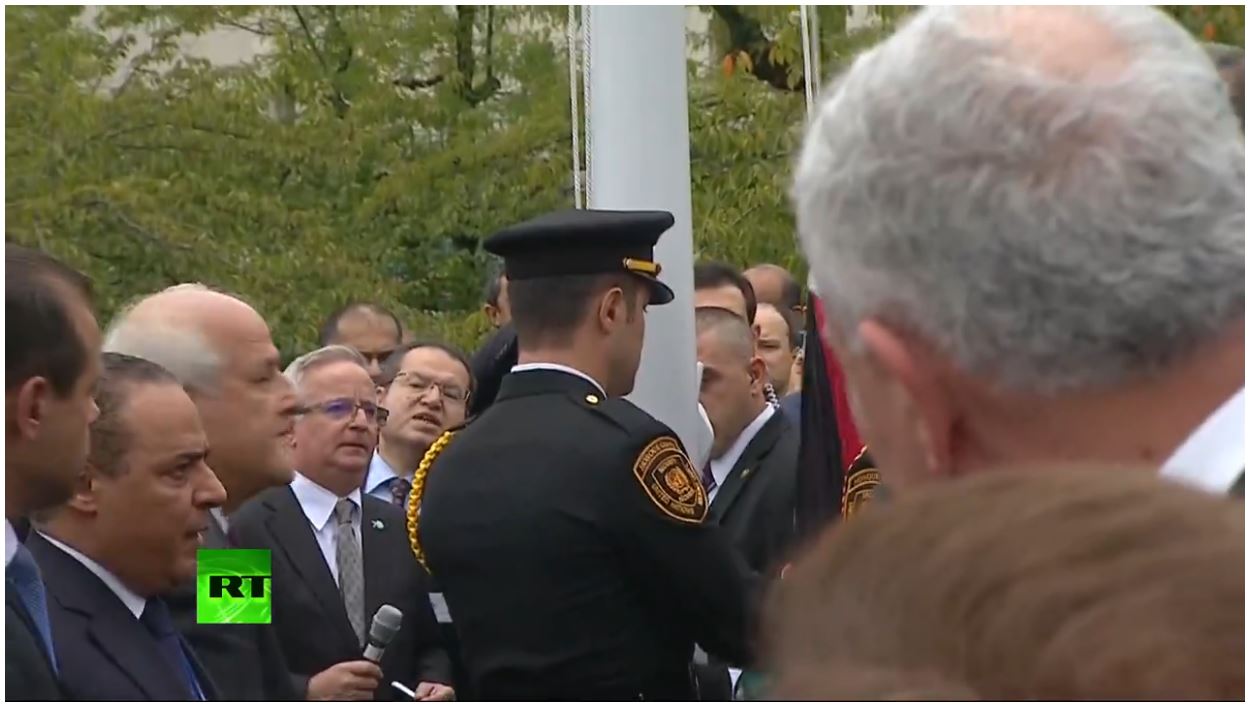 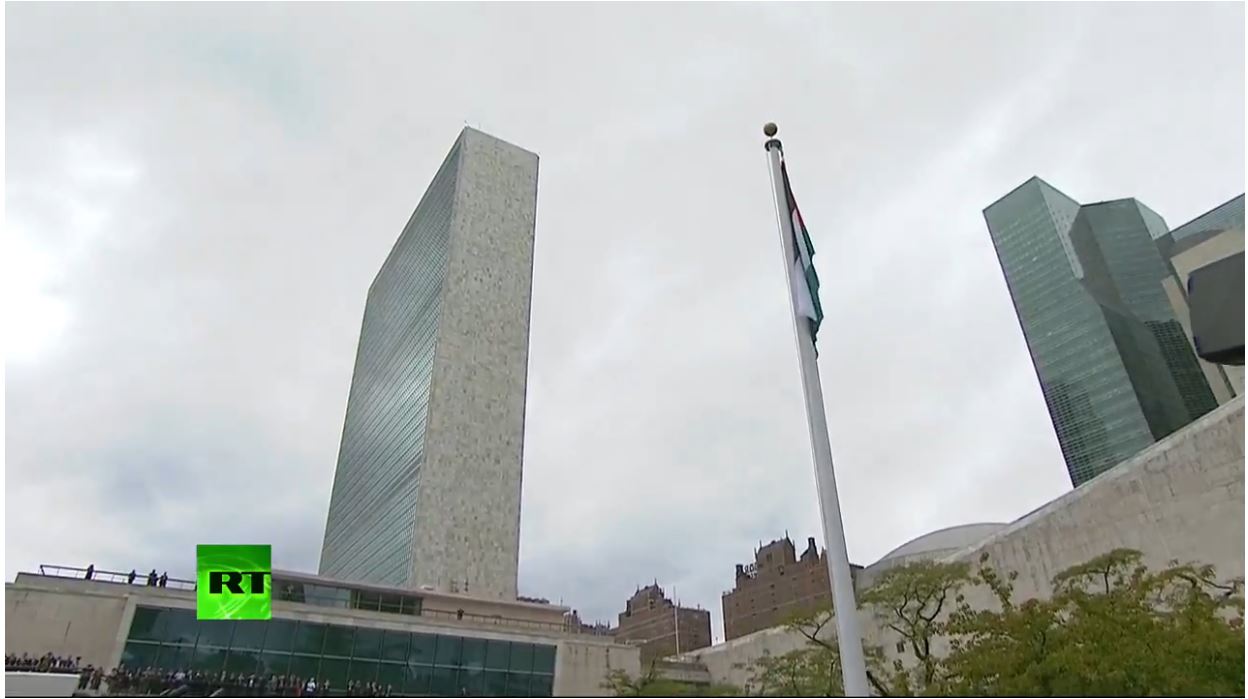 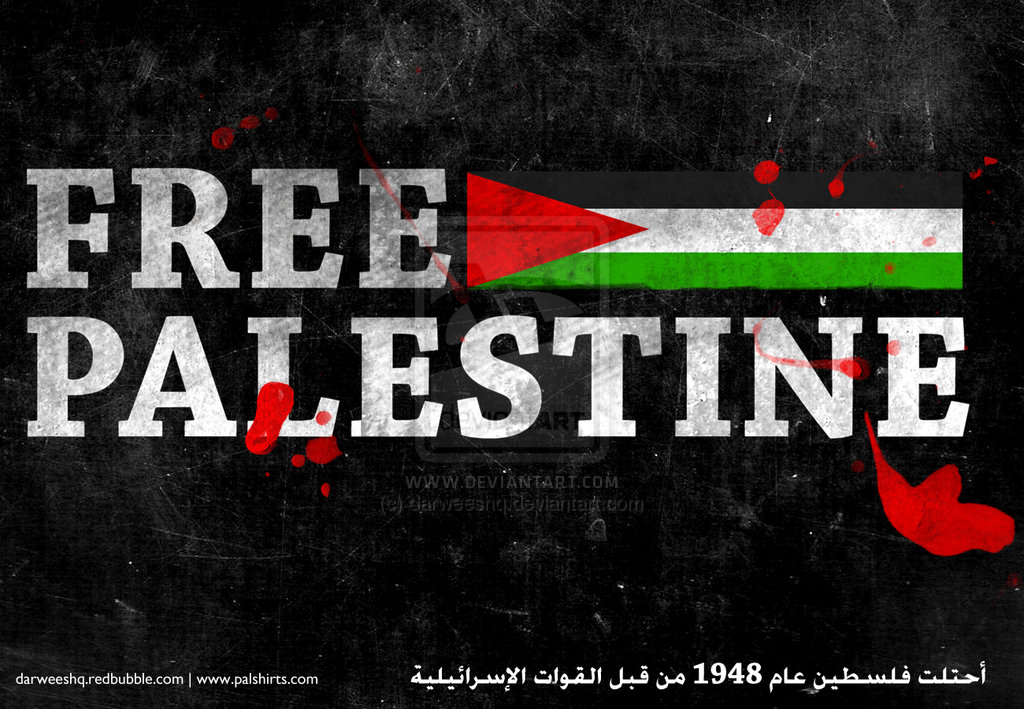 Before this, Mr. Mahmoud Abbas, President, gave a speech about their suffering and injustice to the Palestinian people, since the occupation.

I ask you to consider the history of the question of Palestine and the relevant United Nations resolutions to realize the obvious truth: that a historic injustice has been inflicted upon a people and a homeland, a people that had lived peacefully in their land and made genuine intellectual, cultural and humanitarian contributions to mankind. This people do not deserve to be deprived of their homeland, to die in exile or be swallowed by the sea, or to spend their lives fleeing from one refugee camp to another. Yet regrettably, their just cause remains at a standstill after the passage of all these years
[..]

The persistence of this matter prompts us to ask: do the votes by democratic countries against Palestine-related resolutions and the legitimate rights of our people serve peace and those who believe in the two-State solution? Or do they serve and encourage extremists and increase their hatred and racism, making them believe that they are above the law, to the point where they commit the burning of a Palestinian family in the town of Duma in the West Bank, claiming the lives of an infant, Ali Dawabsheh, and his father and mother? What is left of this family is an orphan child, Ahmed, 4-year old, who lies between life and death in the hospital as a result of his bums, while the killers remain free and have not yet been arrested

I recommend to read fully the Abbas speech. There is no words to explain the perpetuation of this bloody Injustice.
edit on 30/9/2015 by voyger2 because: (no reason given)

posted on Sep, 30 2015 @ 02:19 PM
link
I will be glad if this brings about freedom for the Palestinian people but history shows that Israel has a disdain for UN. Any attempt by a vote in UN by world powers to reign in Israel has always been vetoed by US.

UN resolutions vetoed by US...

originally posted by: glend
I will be glad if this brings about freedom for the Palestinian people but history shows that Israel has a disdain for UN. Any attempt by a vote in UN by world powers to reign in Israel has always been vetoed by US.


Same here. Though, likely there's going to be a backlash for it.

I hope so but lost faith in UN long ago but at least its recognition.

Today was about a motion aproved earlier this month to raise the Palestinian and Vatican flags. Yet, you know, the same "bully's" voted against:Israel voted against the motion, along with the United States and six other countries. Go figure...

Palestine is non-member observer state since 2012. They aren't a full member, you already know why, the usual bullys voted against in 2011, and forged a coalition to vote agaisnt it also.

Israeli measures to counter the initiative also increased,[35] and Germany, Italy, Canada and the U.S. announced publicly they would vote against the resolution.[29] Israeli and U.S. diplomats began a campaign pressuring many countries to oppose or abstain from the vote
[..]
In late August, another congressional bill was introduced which proposes to block U.S. government funding for any United Nations entity that supports giving Palestine an elevated status.

some history facts to add:


Palestine was recognized as a "non-member state" on 29 November 2012, when the UN General Assembly passed United Nations General Assembly resolution 67/19 by a vote of 138 to 9, with 41 abstentions.

On 23 September 2011, Palestinian National Authority President Mahmoud Abbas submitted the Palestinian application for UN membership to United Nations Secretary-General Ban Ki-moon; the application has yet to be voted on by the Security Council. On 31 October 2011, the General Assembly of UNESCO voted to admit Palestine as a member, becoming the first UN agency to admit Palestine as a full member

Your list of violations from Israel and US vetos are a shame for Humanity. If it wasn't true I could call it SPAM. But in reality, the only SPAM I see here is the Violation of Human Rights, with the suport of the "leaders of democracy".

This is disgusting to see the very same leaders accusing others of dictatorship and proclaiming democracy for all the world... And yet, they all need a mirror !!!
edit on 30/9/2015 by voyger2 because: (no reason given)

originally posted by: MamaJ
That is wonderful news for the Palestinians.

No, the UN now allows groups with observer status. The Palestinian Authority used it as a chance to announced they are walking away from the Oslo Peace Accords. More symbolic than anything as Hamas has never recognized it. This of course has always been a big Palestine problem, no single group is really in charge so making an agreements is hard to do since half the state is doing its own thing. Palestine will never become a true nation until it has a single group that has real control.

The US played both sides the CIA saved Arafat many times

Please provide evidence for your claims.
US is an hypocrite nation to this world. It needs to comply their "eloquent speeches" at UN with true action in favor/support of Palestine right to live free as nation, such as other neglected Human Rights.