how to spend point bonuses?

posted on Sep, 21 2015 @ 06:17 AM
link
when you get an applause from staff members in your inbox, what does it mean that you get awarded 500 bonus points?
can these points be spent? which stat do they affect? how do i use them? what are they good for?

posted on Sep, 21 2015 @ 06:23 AM
link
hi
once upon a time, you needed some points to get into specific forums, and to use other advanced features.
that was trashed a long time ago, the points are now useless.
the "applause" is just a notification that you contributed something of value to the discussion.
would be nice if we could use those points say for a discount on the products we see on the ads on this site
wink wink to the ATS overlords

posted on Sep, 21 2015 @ 06:27 AM
link
You can't. Maybe someday they'll open the store and we can get t shirts, coffee mugs, eavesdropping devices and How To books on wiretapping. I never got the complete set.

You Can Not buy stars and flags. Those are given only by members. The points, as I said, were for an online store that exited once upon a time and is now gone. The points could be used, along with real money, to get stuff with the ATS logo.

The "3 million stars" was a programming glitch when they upgraded the site. Some got millions , some got their actual count.
edit on 21-9-2015 by DAVID64 because: (no reason given)

originally posted by: eriktheawful
a reply to: Belcastro

thanks everybody, so far im happy with my star and flag count i have so ill keep it at that.

They had to overhaul the points system after the UFO debacle. They made a deal with the Alterans that if someone reached 5 billion points they could get a small disk and flying lessons. No one thought it would happen so they agreed.

Long story short, after posting almost 24/7 for three years a member, who shall remain nameless, hit 5 billion points and they had to give them a ship. They used it to buzz people out in the middle of nowhere until a farmer with a shotgun damaged it. Now it's sitting in their garage on blocks.

posted on Sep, 21 2015 @ 09:11 AM
link
There is the nifty secret ATS store where you can spend your ATS points. There are super cool and useful stuff such as the very popular Remote Wrangler: 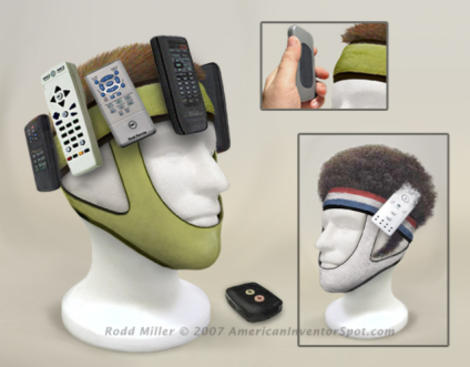 I think Drew Carey said it best though:

posted on Sep, 21 2015 @ 09:20 AM
link
Interesting the stars were never fixed or some ball pack adjustment made. Good speculation fodder.

I can't imagine why not.

posted on Sep, 21 2015 @ 10:07 AM
link
It would be cool if we could cash them in for ATS hats or coffee cups or whatever. Wink. Wink. I think that might get expensive after a while though. Oh well.

originally posted by: Gemwolf
There is the nifty secret ATS store where you can spend your ATS points. There are super cool and useful stuff such as the very popular Remote Wrangler:


How do I order one?
Can I choose another color that's not green

And I am bald will it still fit, linky please
edit on 21-9-2015 by Raggedyman because: (no reason given)


i dont know, i like the applause, but if there is ever something implemented is there anything keeping count of these points at all?
edit on 21-9-2015 by Belcastro because: (no reason given)


maybe the applause points could affect the karma or wayabovetopsecret score i never understood how those points are gained
edit on 22-9-2015 by Belcastro because: (no reason given)

I'd like to think it's just because I'm totally awesome, but that's just me...

If you want to live in my world and rock to my soundtrack, here you go:

There used to be an actual ATS online shop if memory serves me well...

Not sure if you used to be able to use points for buying something...

posted on Sep, 22 2015 @ 06:47 PM
link
Bought the hat a few years ago, of course I lost it after the move, but it was fun while it lasted, as far as I can tell its through cafepress, so you can still order, but by all means dont take my word for it, it was a few years ago.