16 HIV-positive IS terrorists are ordered to become suicide bombers

Here is something that may interest you . 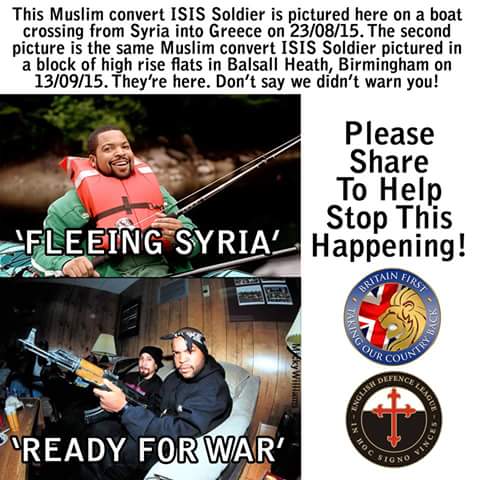 Tell me you are being sarcastic.

I think it was a gentle dig in the ribs to the OP over the kind of thought processes that brought the story to the fore.

On a more serious note this is a horrendous act of depravity, one has to wonder how any religiously orientated group could possibly sanction or be part of such a notion?

Shame on ISIS for even contemplating such a thing!

Yeah, it was a low jab at my level of intelligence - sarcasm at it's finest.

Yeah I suspected that much, but you never know around here.


No it is not at all. It is obviously effective as fear mongering propaganda catered to fools.

Ok lets break it down .

What part of terrorism am i not getting .

You said the hiv infected suicide bombers are an effective terror WEAPON. It is not effective at all in spreading HIV.

The spreading of this idea is an effective tool though.

originally posted by: RogueWave
a reply to: Kapusta

Tell me you are being sarcastic.


Silly right , I was feeling the same way when i read Ops thread ....

posted on Sep, 19 2015 @ 07:49 AM
link
The thing I think thats lost on some [including the OP], is the people in control probably set up these patsies to sleep with the hiv positive women to begin with, once they contract it they have some 'good little bombers' on their hands.

Its not about hiv transmission with bombs, [which is absurd].
edit on 19-9-2015 by boncho because: (no reason given)

Pot calling the kettle on missing points. If you read the second paragraph of my statement on calling the intent of said act as sick then you would see my point other than it not spreading HIV; if such a thing is true and not propaganda or a hoax.

Since some jump to conclusions so easily without questioning what's being presented, I may have some algae that creates gold when placed on rusted metal that they would be willing to invest in before resetting the world.

Ah yes... more absurd death and destruction based on the stupidity and ignorance of godless cowards who defile a religion.

originally posted by: markosity1973
Viable or not, what kind of mind thinks up such a plan?

posted on Mar, 30 2016 @ 05:44 PM
link
I don't think the actual intent is to spread HIV through suicide bombing. It may be hoped that will happen but I think the underlying issue here is ISIS found out they are HIV positive, they seem to like their perversions with their sex slaves but now they have some consequences to deal with, hmm ISIS may not want to have the HIV stigma which has been called a homosexual disease in the past so, why not get rid of them, tell them they are going to spread this disease but really just as long as ISIS can get more people to blow themselves up and inflict fear all over, that's what they really are after, at least how I see it.

originally posted by: RogueWave
a reply to: hutch622

You said the hiv infected suicide bombers are an effective terror WEAPON. It is not effective at all in spreading HIV.

The spreading of this idea is an effective tool though.

Actually not entirely true. It may mean that people who are wounded from shrapnel may catch HIV---blood to blood contact.

posted on Mar, 31 2016 @ 04:43 AM
link
I reckon it could work in all fairness depending on the size of the blast. If they (terrorists) could put this creativity into other things then they would do well. idiots.