posted on Aug, 30 2015 @ 10:21 PM
link
If you've missed it, Kanye West was given a Vanguard Award at the VMAs a few minutes ago with a much hyped presentation from Taylor Swift.

After a 3-4 minute long video glorifying him was shown and after he'd received an overly gracious presentation from Taylor Swift, Kanye rambled aimlessly for an uncomfortably long time, at one point whining about getting booed by 60,000 people at a baseball game to show that he was the victim. After a bunch of nonsense about having a daughter and inner turmoil, he finally pulled the pin, dashing any lingering anticipation of an apology and taking on an unapologetic air of self-righteous indignation, shifting into full Donald Trump mode and spinning his earlier behavior into a completely bogus narrative about an artist's struggle to fight for "truth," a theme which was (coincidentally, I'm sure) promoted heavily within the video that had just been shown. Even his alleged dilemma was carefully crafted, stating that in his opinion, CeeLo Green or Justin Timberlake deserved the Grammy over Swift.

Continuing to take pages from The Donald's playbook, he appeared to throw MTV and the whole music establishment under the bus by commenting on how much MTV had hyped the fact that Taylor Swift was presenting the award. Who actually believes this? MTV gave him a big platform for him to put on a show and he happily obliged. Of course he did, they have a common interest. They got their viewers, he got his platform and now I'm sure Twitter and the entertainment blogosphere will be ablaze.

After what seemed an eternity, the coup de grâce: he announced that he's running for President in 2020.

He should just skip a step and and ask the Don to make him his VP.

That would be quite the ticket.

I doubt there's a stage large enough to accommodate the combined self-aggrandizing media whoring of those two. I have to give it to them both though, it's obviously a winning formula in this time and place. People were eating it up.

As happens with most fads, I'm sure we'll be inundated with more and more people expecting to be lauded for their feigned candor until it reaches some threshold and collapses in on itself.
edit on 2015-8-30 by theantediluvian because: (no reason given)

Phewww.......It's good to know that as well as his music and "singing" being totally and utterly crap, that his opinion on anything, including politicians, is equal in relevance and talent to his music and singing. Being married to an egotistical narcissistic selfie-junkie suits him well - their personalities are a perfect match.

I cannot wait for the day that someone bitch slaps him on live TV.

After what seemed an eternity, the coup de grâce: he announced that he's running for President in 2020.


After reading that, this is the first thing that came to mind... 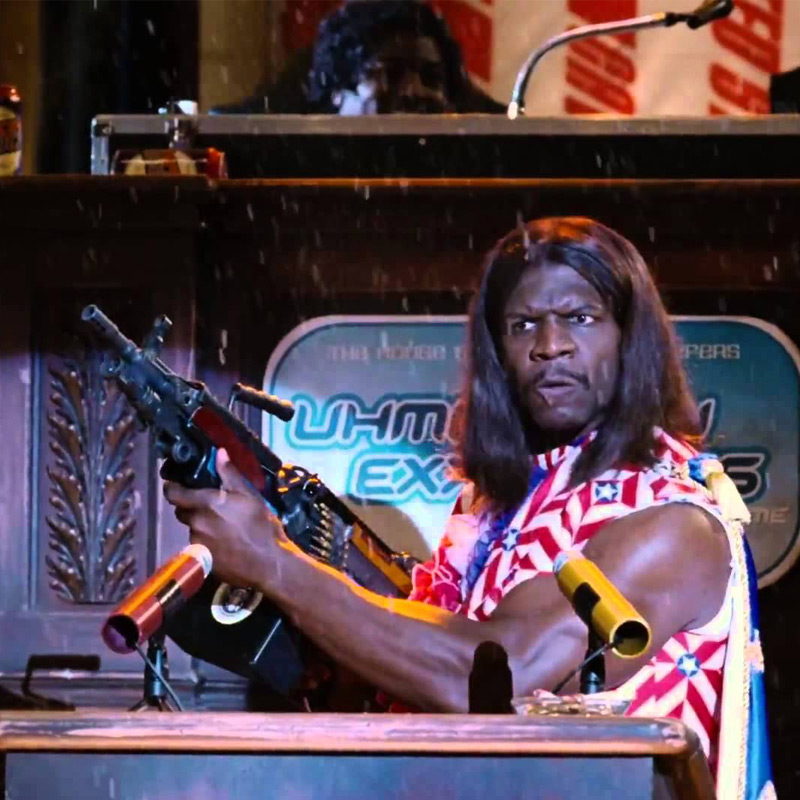 Have you watched MTV recently? I watched the VMAs tonight...it was programming straight out of that movie...

I cannot wait for the day that someone bitch slaps him on live TV.

It's Trump being smart and using this rappers to his advantage. Unfortunately a lot people worship this rappers like gods, to the point where their word is gospel.

I wonder how many of his die hard fans will vote for Trump based his views...

Between, the comment of yours just took the cake for me...

He is someone who has not adjusted well to fame. The god complex in him has lead to an almost incoherent insanity at times.

It would be good for him to run for president. When he realizes that no one takes him seriously maybe his head will shrink back down to size.

Probably not, but nothing else is likely to cure his insanity either.
edit on 30-8-2015 by Isurrender73 because: (no reason given)

Only real facetime interaction I'll give him is the day he announces his resignation from the beautiful artistry of Rap that he has so ungraciously destroyed for the last few years.


"Heartache, Disaster, Despair...
In Some Ways, It's Largely Unfair...
That These Dumb MothaF#as Are Thinking,
Kanye Will Answer Their Prayers" - Me

Kanye and Trump are both egotistical blowhards in which money and fame has made them feel like they're smarter than everyone around them.

He bitched music awards because how losers feel while all that should be important is how artist feel about themselves when they are performing. He bitched brand marketing and say we should teach our children to believe in themselves.

The rest was gibberish, he openly said he smoked one before and that call about running for president in 2020 seemed just like a way to make things more surreal.

He won't run, in fact I don't even know if he'll get another serious deal with the music industry.

posted on Aug, 31 2015 @ 01:41 AM
link
I'm not a big fan of Kanye either but you posters should try to listen to the video before commenting on him in general.

posted on Aug, 31 2015 @ 08:46 PM
link
The American presidential race has become ludicrous and a comical farce that demeans the concept of democratic governing.