How Can I Choose My Font Without Losing My Icons?

My browser is Firefox, and if I choose that font, it will not appear on my ATS screen unless I uncheck this: 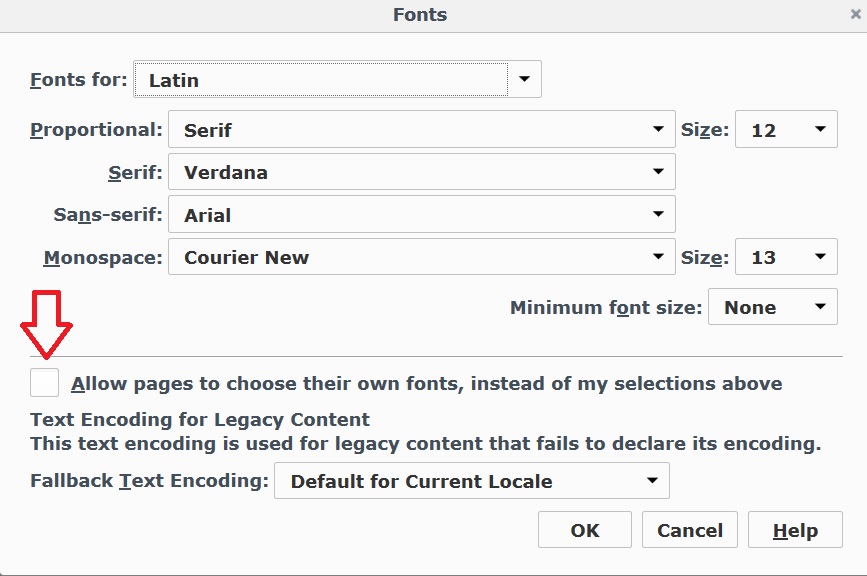 But if I do that, I then lose my icons and they look like this:

Is there any way to defeat this?

Try switching your actual screen resolution, or make the zoom settings higher, maybe 110%, see if that helps.
edit on 7-8-2015 by RealTruthSeeker because: (no reason given)

The pictures ATS uses are actually a Font.. If I remember correctly.. So, I'm doubting there is a way around it?

posted on Aug, 7 2015 @ 04:35 PM
link
Those icons are using something called fontawesome it's one of a few web developer's icon sets / webfont.

However doesn't explain the icons dissapearing when you choose another font family and uncheck that box, so I did some digging and seems that it's a bug within firefox.

They are talking about it being a lack of options -


edit on 7-8-2015 by Tranceopticalinclined because: (no reason given)

originally posted by: Tranceopticalinclined
. . . so I did some digging and seems that it's a bug within firefox.

I'll make use of their forum.