posted on Jul, 1 2015 @ 12:16 PM
link
I've been reading about the American Hyena but there seems to be very little proof of its existence. I wanted to pose it to the cryptozoology community here who would probably know more about this topic than me. Where do you stand on this - did the American hyena actually exist? Of course, any links to credible stories or accounts would be appreciated! Thanks!

posted on Jul, 1 2015 @ 12:50 PM
link
There is a photo of him at this link: Free Republic.
Apparently he was found after being lost for years.
Original B&W photo: 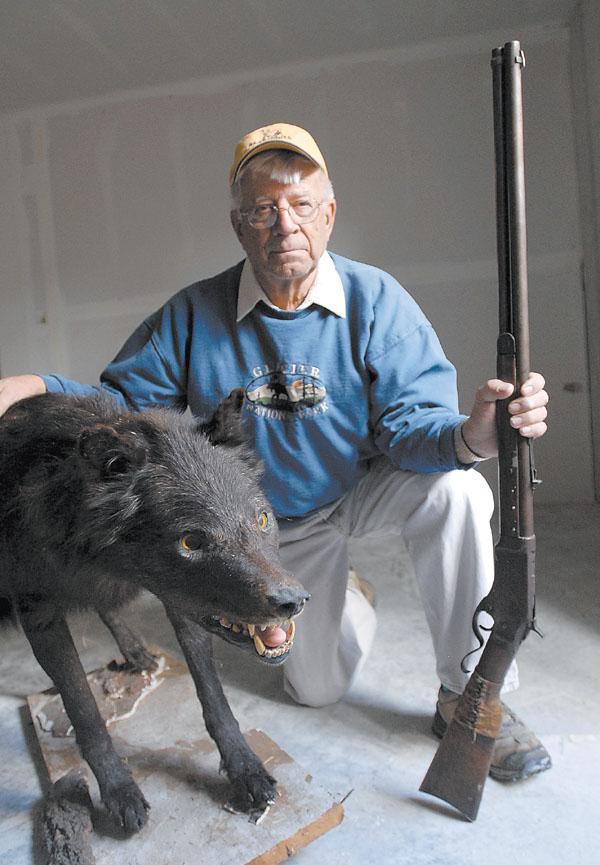 Wow ,you were married to my mother in-law ?

originally posted by: butcherguy
There is a photo of him at this link: Free Republic.
Apparently he was found after being lost for years.
Original B&W photo:

That thing is ugly...

originally posted by: Atsbhct
Wolf with a mangey coat. Abnormally dark coyote. Who claimed this was a hyena?

There are a few possibilities.

Personally, I'm certain bad taxidermy is a culprit here. A combination of lack of general skill, and - from the look of it - too small a mount for the pelt.

IS it one of these?

Those dogs look soo creepy. I totally want one to keep the damn kids off my lawn!

posted on Jul, 1 2015 @ 06:23 PM
link
You can read some basic information here - The Cryptid Zoo: American Hyena - and also find some more links on the topic. Speculation on such a beast would surely be varied, as some sorts of crossbreeds could be responsible in some sightings. One of the lesser discussed cryptids, though interesting.

There are a few possibilities.

Personally, I'm certain bad taxidermy is a culprit here. A combination of lack of general skill, and - from the look of it - too small a mount for the pelt.


Another possibility...While it doesn't look like a Hyena as I know them, I suppose it's within the realm of possibility that something like a hyena escaped from a zoo...then mated with a wolf (assuming that's a possible combination) *note a quick Google search seems to suggest an offspring between the two would be unlikely at best, but I didn't find definitive answer either way*

My guess is it may just be a strange (slightly deformed) wolf.

originally posted by: TheLieWeLive
Looking at the B&W picture It resembles a wild boar or is that a picture of a boar?

Naw...Unless they mounted a dogs head on a boars body, and it's just a fake taxidermist stunt.

I've seen boars (one raided my campsite once) and they do resemble the picture, though...At least from the neck back. They've got that hunched over 'back legs shorter than the front' look to them.

originally posted by: butcherguy
There is a photo of him at this link: Free Republic.
Apparently he was found after being lost for years.
Original B&W photo:

The rifle he is holding is the actual gun used to shoot the creature.


The first photo and the second one ain't of the same creature.

The creature in the first photo is commonly referred to as the shunka warakin.. which roughly translates to "to carry off dogs" or at least that's what I've heard.

Hyenas do not exist in the Americas and as far as I'm concerned there isn't a single piece of fossil evidence that supports the possibility of their historical occurrence in the new world.

The creatures in this thread are most likely abnormal (unusual) canids. Could be a mix of the grey wolf (Canis lupus) and a dog of some sort (C. familiaris).
edit on 2-7-2015 by maxmoore because: (no reason given)

IS it one of these?

posted on Jul, 2 2015 @ 12:19 PM
link
Yeah, I have to admit that I had a lot of skepticism about an American hyena mostly because of the fact that there were no remains or fossil records to support it. While I agree the creature pictured appears to be the results of poor taxidermy or a slightly mutated wolf, I can see why people may have mistaken the creature for a close relative to the hyena. Thanks for all of the information, everyone!

There are a lot of hurdles to that.

2) even if it were to occur, hyenas and wolves are no more closely-related than cows are to deer. They have (vaguely) similar body plans because they both fill the same niche - pack predator that chases down its prey. But beyond the same (vague) silhouette, they're on very different branches of carnivora, and even on the weird chance that sperm meets egg, it would be a dud.

3) getting there is a real struggle. Hyenas and wolves are incredibly different, behaviorally-speaking. In many ways they are exact opposites, particularly in tail and ear communications. The vocalizations are of course incredibly different. And the sexual social dynamics... well... again sparing too many details, let's just say there's no chance in hell.