posted on Jun, 30 2015 @ 04:40 AM
link
The Hercules C130 transport plane came down in the Indonesian city of Medan hitting two houses and a car before bursting into flames.
The plane had 12 crew members on board who all perished , officials say that at least 30 people have been killed in the accident.


"I saw the plane from the direction of the airport and it was tilting already, then I saw smoke billowing," a local resident told the AFP news agency.
Air Force Chief of Staff Agus Supriatna told Metro Television that the pilot had asked to return to base because of technical difficulties shortly before the crash.
Correspondents say that it is the second time in 10 years that a plane has crashed into the Medan neighbourhood.
In September 2005, a Boeing 737 came down in a crowded residential area shortly after take-off from Medan's Polonia airport, killing 143 people including 30 on the ground
www.bbc.co.uk...

Indonesia operates the C-130H and C-130B. They got four secondhand from Australia, as well as the 15 they already had. Two were KC-130Bs. The crew of this aircraft reported a problem and were attempting to return to the base at the time of the crash.

I know this is of topic but , what the hell just happened with your star count . On topic , isnt the hercules one of the safest planes out there .

It's also one of the most numerous transport types built. There were over 2000 built in 2009.

posted on Jun, 30 2015 @ 06:51 AM
link
They're reporting over 100 people have been killed. Thirty seven bodies have been taken to the morgue so far. The aircraft was in a right turn when it flipped over and slammed into buildings, exploding on impact.

There were 113 on board, including families of Air Force members. The aircraft made two passes over the city, reportedly on fire, before crashing into a hotel.
edit on 6/30/2015 by Zaphod58 because: (no reason given)

Sounds like they had an engine failure after takeoff. This is a worse case scenario for pilots as you have very little speed and no height to convert into speed once you have established a glide. You basically have no choice but to point the nose downward and pick the closest field to land in.

The absolute worse thing you can do is try to turn back to the airport as you will loose a lot of speed and stall the wings in the turn. The fact that the aircraft flipped before crashing is an indication that one of the wings stalled and the aircraft was in the process of entering a spiral dive.

The pilot either tried to steer the aircraft away from heavily populated areas or made a fatal error in trying to regain control of the aircraft. Given that this is the second time an aircraft has crashed in the area I would say that the latter is the case here.

If the eyewitness accounts are right, and I take them with a grain of salt, they had an engine fire after takeoff. It sounds like they may not have realized it was on fire, and were trying to burn some fuel off to land. 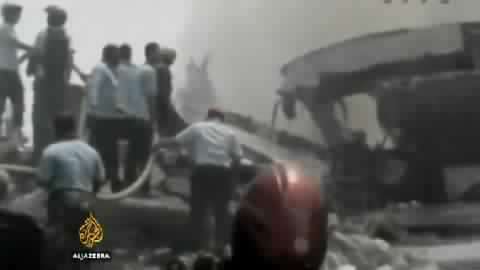 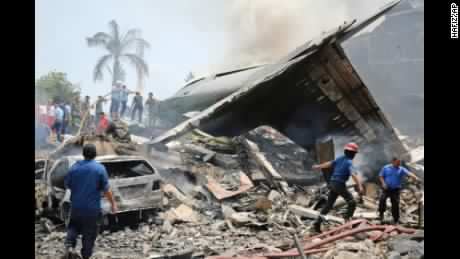 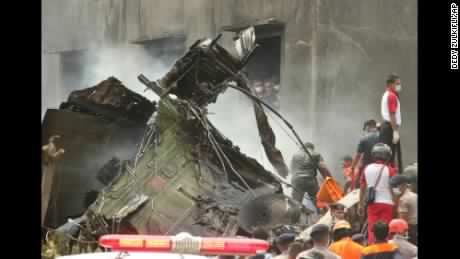 Reminds me of a dream I had a few months back of a large plane crashing in a populated area. The way it is described crashing is exactly how it was in my dream, except you never know how many people are gone by the end of it when your dreaming, so sad.

Thanks for the update Zaphod , I was unaware of the 101 passengers.
Very sad.

posted on Jul, 2 2015 @ 11:48 AM
link
They're reporting a propeller abnormality, and that the pilot feathered one prop, but that's not an abnormality, that's standard procedure. The aircraft clipped a radio tower before crashing.
edit on 7/2/2015 by Zaphod58 because: (no reason given)