Buddhas of Bamiyan, Destroyed by Taliban, Recreated in 3D Projection

posted on Jun, 11 2015 @ 07:37 PM
link
Carved into sandstone rock face in the Bamyan Valley of Afghanistan, 140 miles from Kabul, once stood the world's tallest statues of a standing Buddha (58 meters and 38 meters). The statues, created in the 6th Century CE, were destroyed with tanks and explosives by the Taliban in 2001 after Taliban supreme leader Mullah Omar caved to pressure from extremist (more extremist?) clerics, reversing his earlier stance that the statues could be a source of tourism revenue and declaring, "These idols have been gods of the infidels." 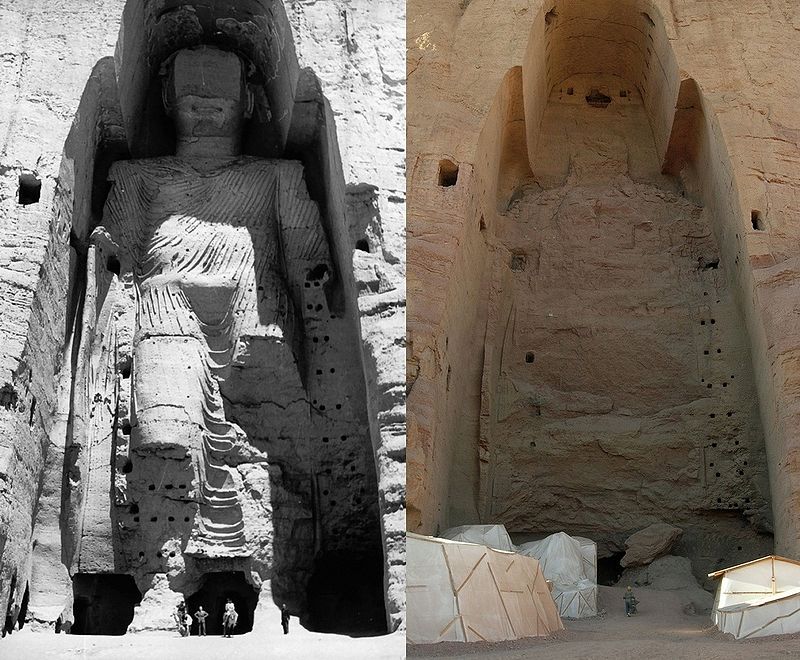 In a manner not unlike that used recently for legendary west coast rapper, Tupac Shakur, the statues have been resurrected (reincarnated?) by two enterprising Chinese documentarians (image via Huff Post): 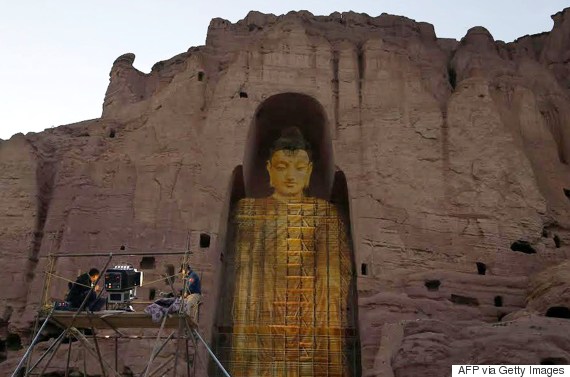 According to Ali Latifi, a Kabul-based journalist for the Los Angeles Times who witnessed the 3-D projections on Saturday and Sunday, the holograms, cast from projectors mounted on scaffolding, were the work of a Chinese couple who are currently traveling the world and filming a documentary. They had been deeply moved by the statues’ destruction in 2001, and, according to Latifi, decided to undertake the project and add Bamiyan to their itinerary. Latifi told me that the couple fine-tuned the projections on a mountainside in China and then, after receiving approval from UNESCO and the Afghan government, brought the system to Afghanistan. The projections were not widely publicized, but over 150 people came to see the spectacle. Crowds remained well into the night, Latifi said, and some people played music while others looked on.

The device through which the 3D image could be displayed, has been invented by a Chinese couple and was gifted to Afghan people as a gift from the people of China, according to a report by Voice of America (VOA) TV Ashna.

The couple – Janson Yu and Liyan Hu said the projector was built with a cost of over $120,000. According to reports, a similar plan was recommended to the Ministry of Information and Culture of Afghanistan around ten years ago but the plan was not implemented. 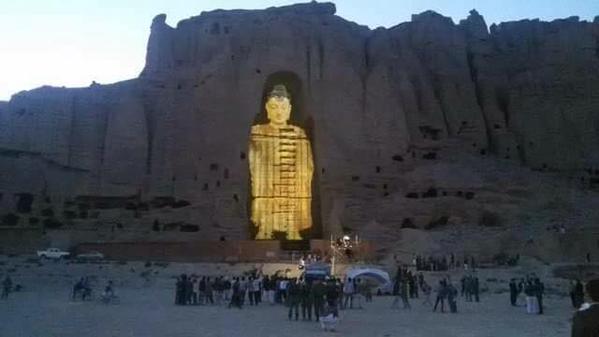 If I was rich, I would probably do nothing but travel and see these magnificent, works of art.

posted on Jun, 12 2015 @ 03:18 AM
link
They are sick animals, and the bright example of what some religions can do to ignorant hatred people.

Destroying such magnificent monuments, should be the worst crime....