To my fellow veterans....

For some, this weekend and day will always be about more than beaches beer and barbecue.

No great message here. This day is often hard for some of us. It's not about veterans, but those who didn't make it home from wherever they went. Vets are just the ones left standing and the ones left to make sure our friends aren't forgotten.

posted on May, 25 2015 @ 08:15 AM
link
a reply to: Shamrock6
I don't drink anymore because PTSD and alcohol...I will however throw in a nice slab of chew. One of the few habits I did bring home with me. Today I don't have anything fancy planned. I typically like to be alone and reflect. We should never forget those who have given the ultimate sacrifice. We should never forget those who are still fighting internal wars back home either. Support.

Nothing wrong with a nice, quiet day devil. Bout the same lined up here, too. This weekend is the only time of year I buy dip, myself.

posted on May, 25 2015 @ 09:22 AM
link
I'm not a vet, but both my grandfathers were - South Pacific theater, one was a bomber pilot and the other a ground pounder, stationed on the Alabama for a time. My father-in-law was in Vietnam. I have a step-nephew who did a couple of tours in Afghanistan. I also have two uncles who were both Navy although they never saw military combat action.

My grandfathers are no longer still with us. The family remembers them at this time every year along with all our other dead who have gone before. This is a hard time even though a lot of people are out having picnics.

I never thought much about being a vet until one day a while ago it came to me that without veteran's the honor and integrity of men and women in America would purity much be nonexistent.

Note; before you flame me and prove I'm right I did say "purity much".

Memorial Day is hard for me.

We were on the same mission. The day before they died I went out on that mission to locate the target. It was their job to destroy it on the following day.

They didn't come back from it.

originally posted by: Shamrock6
a reply to: LoverBoy

Nothing wrong with a nice, quiet day devil. Bout the same lined up here, too. This weekend is the only time of year I buy dip, myself.

Read some ATS, listen to the radio, have some beers.

Because this day should be for families. Especially those families who will have an empty chair at the table tonight.

posted on May, 25 2015 @ 10:16 AM
link
I'm going to a Veterans for Peace memorial service today. They'll read names of the fallen both from service and civilian casualties and reaffirm their pledge to stand against needless wars.

We citizens have to do better as voters, as knowledge seekers so that we can stop losing our men and women enriching the lives of defense contractors.

So the only thing I really have to say on this day ever year is that I'm sorry I haven't done enough.

A month ago we celebrated ANZAC day, and on this day I pay tribute to the brave men and women of the US military who have sacrificed their lives for the honour of the code and the uniform and protection of freedom. I remember a while back projectvxn saying it was an honour serving with Australian soldiers and that made me really proud.

Good stuff Sham and I appreciate the discussions we have had on ATS.

I raise a glass to all the Vets - those that have moved on, and those that are still with us. 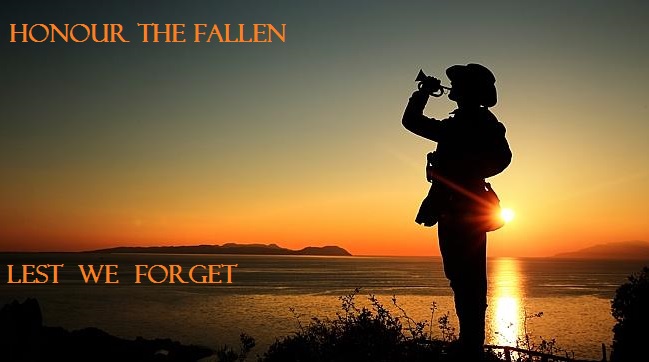 Thank you for this thread.... to the English here which I talked today to on my walk, only know today as a Bank Holiday. I explained to many what today is in America. I had a painful 5.5 K walk along the sea front today and ONE beer to recover! A shower and out for a Latte with an extra shot of espresso! Still thinking about that shower.....

Just wanted to say to my fellow brothers of arms, we survived when friends fell. Today is a painful day for many but one must remember we survived to carry on. Its what our fallen friends would have wanted.

We are alive.... our memories is the cost of our survival and the memorial to our fallen friends... I miss em....

Because anytime I see reports of people dying in pointless and eternal wars, my blood boils. Why, I wonder with a facepalm, why is mankind so belligerent. human life is way too precious, this is just wrong. How many friends has been lost, how many families destroyed, how many blood and tears has soaked the Earth, all that for what? The nations do not learn from their mistakes, the corporations in these nations are still in it for the money, the people is still blinded by corporate propaganda, and their greatest achievements are putting pics of their meal on social media.

I respect those who have served, and I salute them. Their courage is unparalleled. But memorial day also breaks my heart, for it reminds me how lost Mankind is, how people who should not have died are nevertheless no more today. Memory of a person is all right, but existence of such a person is even better.

The Earth is too precious for wars. We are all stuck on this rock, but instead of brainstorming solutions we bicker with each other, and the Earth fills up with piles of the deads. We need to evolve, but to do that we need to eliminate these great setbacks which wars are. Our future is full of scientific wonders and dangers from Nature. We really need to get smart, and we really need to get smart now.

Try this: For my family, Memorial is about all who have gone before. My family is farmers with a strong connection to the land from the time we are born to it to the time we go in it. We especially honor our vets, but we take the time to go around and place flowers on all the graves of our ancestors on this day. Without them, none of us would be here. Without our vets, none of us would have a country to make our remembrances in.

I never had the opportunity to work with any Aussies, though I did get to drink with some air crew once upon a hazy night that is only partially remembered lol. It was a hell of a night.

However, my dad worked with some of Aussie counter-terrorism groups off and on for the last several years of his career, and always held them in the highest regard both professionally and personally. He still maintains contact with several of them, even years later.

A few years ago I saw the funeral for some fallen NZ soldiers, complete with the haka presented by their entire unit. Certainly one of the most moving things I've ever seen.

posted on May, 25 2015 @ 02:14 PM
link
a reply to: swanne
As a US veteran (4 Yrs/Hon Dschg) who became aware that my compliance (In 1966 the draft existed.) in serving was a kowtowing to effing crazy people, I have become unafraid to use the systems that enslaved me.
These are systems that YOU support.

Why did I become so disenchanted with the 'honor', 'tradition' and substance of our military?
Glad you asked.
In 1967 I was stationed in Georgia where I became a friend of an Air Traffic Controller. He had returned from Viet Nam. He was able to go into Saigon (Ho Chi Minh CIty) nightly and was dating a woman whose mom owned a hotel. They would sit on the roof and watch the evenings' fireworks and sip Mai Tais.
The owner took an hour, EVERY day, to join them for her hour of relaxation. One night she was interrupted by a manager. She abruptly stood and departed. She returned shortly.
My friend asked about why she allowed for this. She stated she had to pay off the Viet Cong. My friend became upset as he ranted about the evil of these folks, that they wanted to ruin her and that the USA was spending trasure and blood to maintain her little empire.
Her reply, "Where is the Officers Club?"
"A couple blocks away."
"Were they ever bombed?"
"No."
"Did you ever consider why?"

So the war (Police Action) that McNamara (Sec of DOD then) admitted publicly was based on BS, which killed my friends and inconvenienced the crap out of me, was BS even in it's execution.
So don't honor me. I accept your payoffs.
Honor yourselves and stop letting these psychopaths tell you it's GOOD that we kill. That we MUST kill. That all of your monies are needed to support KILLING.
That they do not send their own to participate is cause enough for you to run from them.
As to my fellow veterans, some of you are worthy individuals. I've met you by the thousands. As a group we may be better than average in SOME things. If you still think that your service made you a better person-then you must have been a serious mess prior to entry.
We were on fools' missions.
Your world, that you helped to create through compliance and complicity, is a freaking mess.
While we as individuals may be alright, as a group, we do not deserve to be prideful. Our Oath has been turned against us and used as a device to justify the current regimes.
"They died for you." No they didn't. They died screaming and regretful. They didn't plan on being planted and subsequently praised. They just couldn't escape it.
(I know about genuine heroes and some DO exist. In general, when you speak to them, they will tell you circumstances dictated what eventually gave them the bravery accolades. Every one of them that I interviewed were scared poopless but didn't see much in the way of options.)

The friends I watched die. The friends families left in shambles. One day a year we are told to remember. So we have cookouts and go camping. Lives are destroyed families will never recover. This world is a far darker place having lost them. So let's eat hamburgers in remembrance.

Any of you that support any war # you. Let me come shoot your best friend and then you can go tell his family he died for the greater good.

Sorry this day is hard

You don't have anything to apologise for on this day, or any other, for feeling the way you do.