posted on May, 8 2015 @ 12:36 AM
link
I spotted these two UFO's over Roswell NM tonight while I was walking my dogs. Now if It was a single ufo I might have some doubts about it. However it is two of them! These two objects not only change shape, but they change color too. What do yall think? discuss.

To be honest I can't really see anything from these videos..

Could you describe the objects some more? Personally I wouldn't be surprised if they were some sort of unusual plane you hadn't seen before or something.

I believe in UFOs because I am sure I saw one when I was young.
Unfortunately whenever I find claims of UFOs this is the case most of the time... 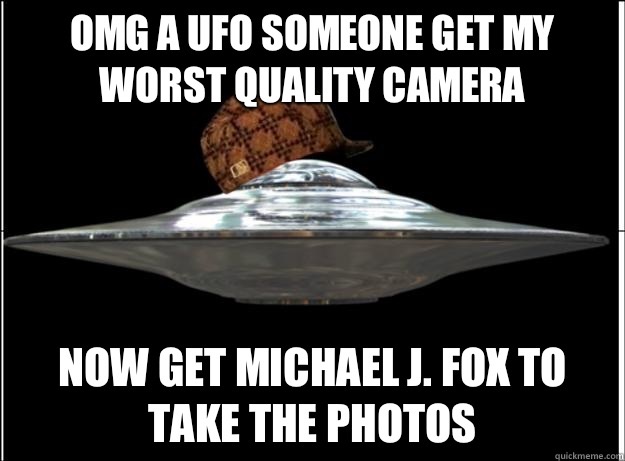 It brings to mind some yahoo aiming a laser pen at the clouds, TBH. If that were a flying object, the people inside would get motion sickness I should expect.

Here's some still shots of the first UFO:

I live in Roswell NM.

posted on May, 8 2015 @ 02:56 AM
link
Oh man I saw some good ones flying right over a main street here back in February I think it was. They were awesome, but I was sure they were UAV's or someones drones. I asked people all over the area for days if they saw them at the exact time and spot where I seen them, but nobody seems to look up anymore around here. The intersection was a red light at the time and I got out the car and made four other people look at them.

I had the poor misfortune of had gotten rid of my cell phone as a new years thing, and almost regretted for just that instance right there. Now I know why its so hard to find great quality videos. Nearly not one person is ever looking up at the sky as much as people think. I mean I was walking into the parking lot to my car when I first saw them and started to yell at people standing around in the plaza. People were like "Que?" .

I doubt the OP sees them all the time and has a dedicated camera for when he sees UFO's. Sometimes we just get lucky and actually finally see something interesting in the skies at night, and the best we can do is whatever flip phone video camera they got. I didnt even have one at all, ad there are sooooo many more people who didnt either.

I want to see them again. They were only flying a few hundred feet above like where a helicopter flies, but were silent as death. Even if they are drones, I would like to know what kind emits that kind of light, flies absolutley quietly right above you, and then flies straight up and dissapears in seconds. One even was speeding initially to catch up the other before it slowed down when I first saw it.

I agree. I live in Roswell and watch the sky all the time. I've seen plenty of strange things up there. But the fact is most people are just carrying around there phones and not specialized cameras to get the best quality image ever. I think its why most people won't post pics/vids they have taken because they are immediately mocked for the quality.

I agree with the poster above, normal aircraft strobes don't even come close to blinking that quickly.

OP, were the UFO's moving around quite a bit, or was that apparent movement just a little unsteady camera work?

Thank you for sharing this with us OP.

Can you provide any more details of the encounter? In town or in the desert? Any airports or airbases nearby? Was this close to any other known sites of UFO activity (ie Brazel ranch)? How close were you to the objects? How big were the objects? How did you notice them? How long did they stick around? Was there any noise? Do you think they could have been drones and why or why not? Thanks......
edit on 8-5-2015 by PlanetXisHERE because: addition

I have seen several ufo's over Roswell in the last couple years. Not sure what they are but the last one I saw just sat there in sky for well over 45 mins. Was not low enough to get a picture with my cell phone. Took several but not able to see it because of the resolution. Have you ever had the lights follow you when you head up 295 at night around the 129 mile marker? We have seen them 4 out of the last 6 times thru there. They will keep up with you as you are traveling changing colors like the ones you saw.

There's no reason to believe they are anything other than terrestrial aircraft , lights against a dark background gives no clue to what the aircraft is , the lights being over Roswell doesn't change that.

These two objects not only change shape, but they change color too. What do yall think?


I think you filmed a ball of light that contained a main light and several flashing lights , any shape or colour change you observe is likely due to that .


In town or in the desert.

somewhere in between Roswell and Ruidoso.

Any airports or airbases nearby?

The Roswell International Airport is the only one that I know of.

The UFO's didn't have a definite shape and it was night time so its hard to say. My guess would be anywhere between 5000-15000 feet away and twice the size of a large aircraft.


How did you notice them?

This was actually the second time I spotted these UFOs. I had seen them the night before at the same location, but I didn't have a camera. At first all I could really see were two small circle of lights flickering in the sky, but as I looked closer I could see they seemed to be changing shapes.

The videos are as they were captured, with shaky hands and guarded breath.

Based on what you just stated I suspect what you are seeing are in fact drones. If you had the impression they were following you (following the route) they may just be on a routine scouting, patrol operation.

I live right next to the incoming flight path for the airport. I have already seen UAV's flying in from right next to my house. It wasnt a predator or anything. they are just windowless craft with very quiet engines that clearly sounds different and a little bit smaller than some private corporate jets. I believe they probably belong to NOAA or the university for research. The guy who landed his personal flying conveyance onto capitol hill as from about thirty minutes from where I live. he has a drone. there are people flying drones all around my city right now.

Now, I have not been hearing any more reports of saucer craft the way we used to in the nineties, and I think part of it is because alot of the initial UAV's were initially in a circular saucer shape. Once they became more refined the saucer ufo's started to dissapear from news reports as more and more UAV's were hitting the market and network coverage.

But when they are so high in the sky they only register as dots of light it is really hard to say. I know some are alien, but I dont believe I have seen one since I was a child.

Did they move?
Did you leave them there or watch them exit, if so what was the exit like?
Did they leave together, and were they close together, did they move along together?

Your pictures are pretty good, the video could be anything.