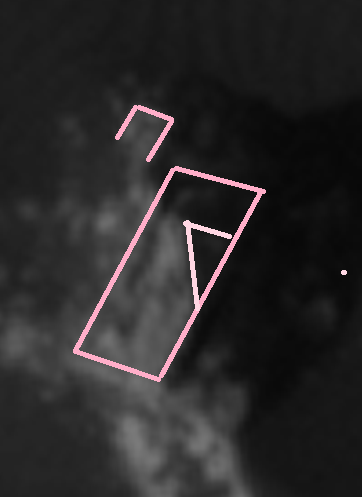 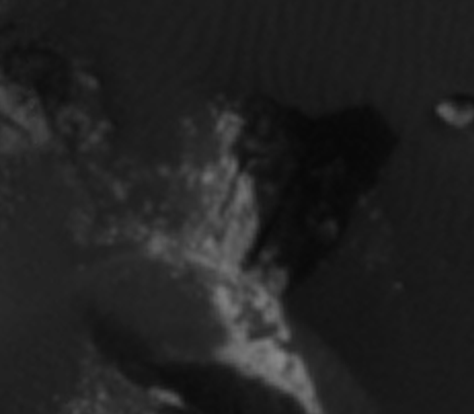 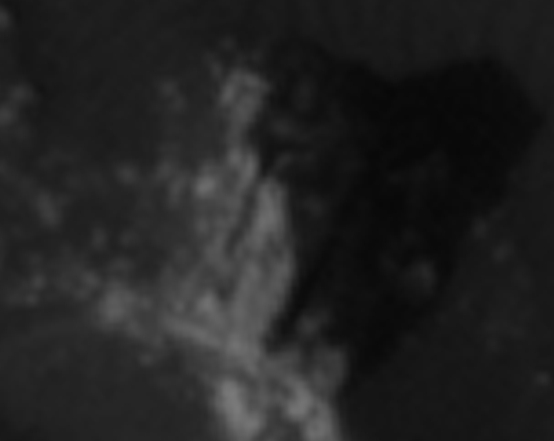 posted on Apr, 19 2015 @ 08:14 PM
link
Okay it's Mars, in a area full of easily observable regular shapes from a distance above. So you give us something out of that, which has no discernable symmetry other than the shadows falling on it. I do note however the pink and white box lines affect the eyesight and project false black lines, which is annoying.
edit on 19-4-2015 by smurfy because: Text.

posted on Apr, 19 2015 @ 08:34 PM
link
I think it is pretty interesting... you could have gave us a bit more info, but.... I and EVERYONE can clearly see what you are pointing out... I'm on my mobile and see what could be walls and geometric shapes.. I can't say they aren't natural, but can't rule out "made" by something or someone, being I am not standing on the surface where the image is taken, along with anybody else. Until,then it is conjecture... I appreciate the image... Cmon guys... no need to be rude


So a nice line of pixels due to extreme zoom! You are NOT seeing more detail just image artifacts.

Look what I found a dot 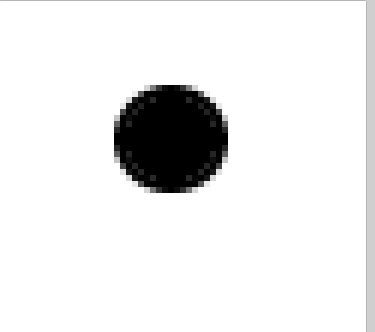 Natural Rock formations like this occur even here on earth .

originally posted by: jamie6737
What do you guys think of this i found?


It's actually described on that HiRISE page: " Sedimentary/Layering Processes".

Straight lines and right angles are common in nature. 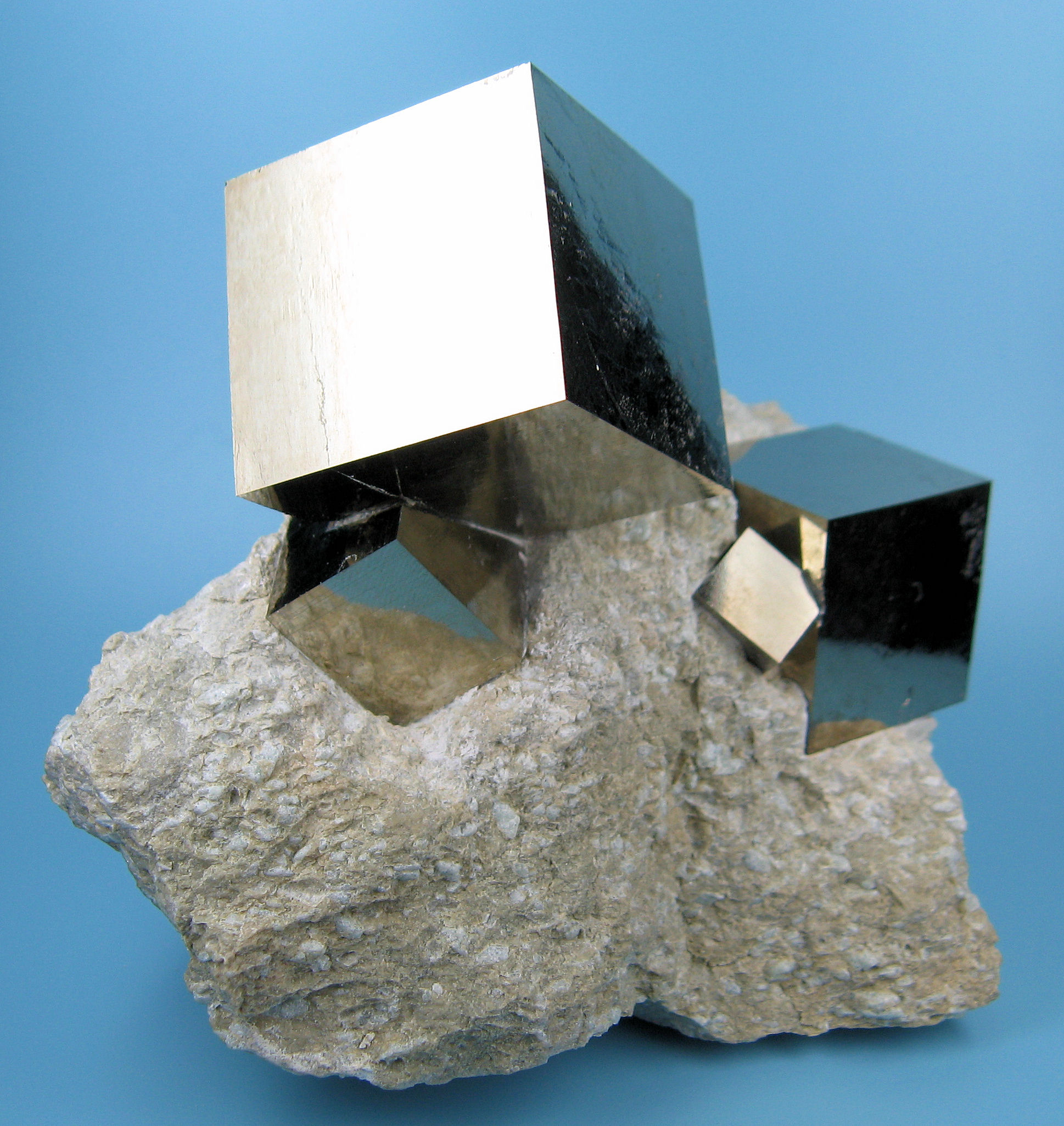 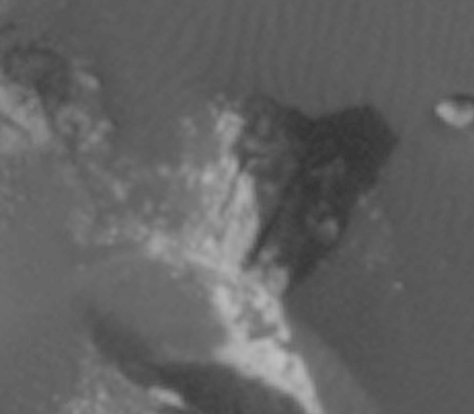 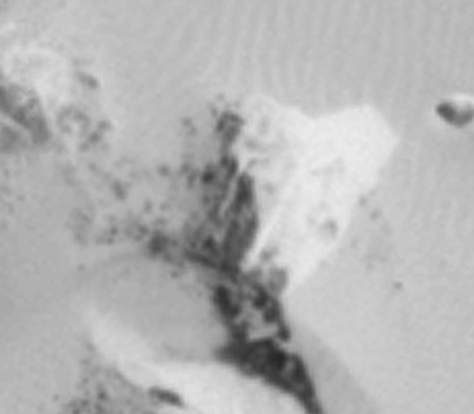 So you belief Yonoguni is natural and offer it as proof, Yonoguni is natural but the shaping of the structure is not natural, it was shaped by the hand of man and there is ample evidence, it is controversial not because of this but because of the last time it was above water that would push back human handiwork to a period well within accepted modern human chronology as a species as well as human habitation of that part of the world but not within anthropologically accepted cultural capability time line's, if it was much younger no one would question the hand of man in it's formation but it is only the fact it is so old.

The other you show of the ancient salt pan's is also interesting but I suspect it is too far north to be salt pan's, but is it and if it is then it can be natural though it sure look's a lot like man made salt pan's were salt water is evaporated and the salty residue then collected?.

Giant's causeway is however Natural, it is well documented Basaltic column formation and was originally formed when that area was deep sea bottom when molten basalt forced it's way up through the crust and cooled forming the hexagonal crystalline rock formation's we see today on the north east coast of Ireland, actually it was in many places used as building block's for stone age fort's and later construction and other structure's and much later similar use was made of similar rock formation's on the pacific island of Poanape were great city's were build with such stone columns.

Granit and other rocks' can form crystalline formations, rock stratification can create natural weakness that when eroded give very straight lines.

There are ruin's on the moon and mars that is a fact, they just don't want to scare you.

Just to make my case.

There was a very powerful and probably human civilization in this solar system, they may have reached other star's it is not inconceivable that they did and they definitely had a presence on mars and the moon as well as the earth.

But believe what you will.

Shadow marks and crop marks are one way ancient archaeological site's are some time's discovered from the air so could the angle of the light be picking out regularity that is not natural or is it simply natural, a product of low quality compression or is there something there, often even on the ground survey's miss thing's shadow marks show to be there and many earthly archaeological site's that are thus detected are simply ghosts of the past since the structures have long since vanished.
There are anomaly's on mars however but I am open minded on this one.

Thanks for all the info , Ill have a Look.

Are you suggesting this was some sort of "unnatural" structure ? made by alien beings ?


Look we have proof that nature here on earth can create perfectly strait structures as well as right angled structures .


I mean if you can prove to me that Aliens are real then I might entertain the idea ,but for now Ill have to go with it being some sort of natural formation caused by a type of erosion ,sand or water I would assume .


There are ruin's on the moon and mars that is a fact, they just don't want to scare you.


Uhh no it's not a fact.
You believe there are ruins.
But you have no facts at all.
You have no one in authority to back up your beliefs.

Your belief is no different than kids saying there is a boggie man in their closet.

The expert's are divided on many point's but as for the Assertion there are no ruin's on the moon and mars I would have to disagree, at least as far as the moon is concerned and I belief truly there are ruins on mars.
Take a look at hiroshima after the nuke, imagine a far larger city that was more extenisively bombed and then it's ruin's left for age's on a poisoned dead and frozen world.
www.marsruins.com...