posted on Apr, 18 2015 @ 03:50 PM
link
I saw this article on a unmentionable news site here. I am not subscribing to this theory but did want to bring it to the attention of the ATS big brains to see what you think. I was in school during this accident and it did effect me as a child. Do you believe this was a mind control operation? The photos do look a lot like the astronauts who supposedly perished. ATS you make the call. 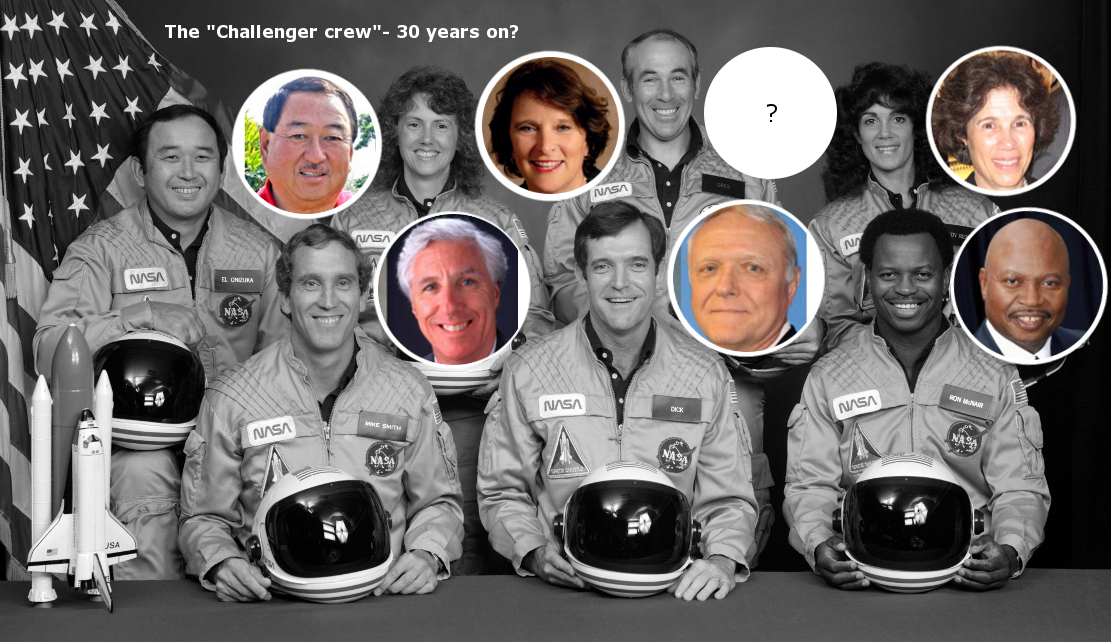 posted on Apr, 18 2015 @ 03:59 PM
link
Complete waste of time. Those seven astronauts died when the Challenger was ripped apart as a result of the explosion of the external tank.

Proof moon is made of cheese!!!

So I am sure the Challenger Astronauts are Alive, it said so on the internet.......


Elvis is alive too 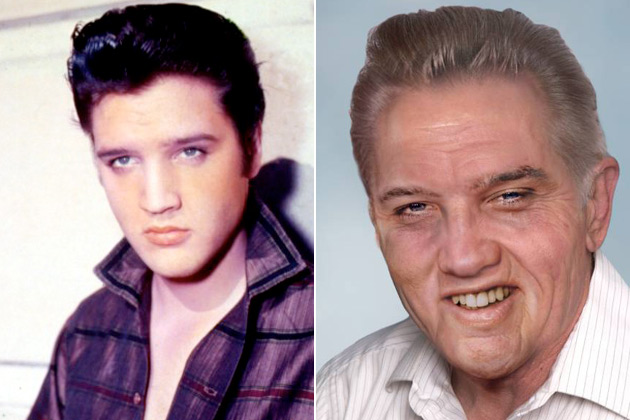 originally posted by: Calob
Anything is possible in this world I guess but I would have to say most likely not

I would have to agree with this. I say no.

posted on Apr, 18 2015 @ 04:04 PM
link
Complete waste of time? Laughable. Why don't you have a look into the link for more than 20 seconds and see these people are not even trying to hide the fact there names are almost identical if not exactly identical. reply to: cardinalfan0596

Thing about the shuttle is its manned. There were no unmanned launches of that particular craft. Everyone saw it go up and explode…


Why don't you have a look into the link for more than 20 seconds and see these people are not even trying to hide the fact there names are almost identical if not exactly identical.

Well it is said that everybody has a look alike somewhere on this planet. As for names...they aren't exclusive to just one person.

Seriously? If I do a web search of MY name I find over 500 different people with same first name, middle initial, and last name.....and a few that have more than a passing resemblance. And yes, complete waste of time. My unit helped recover what was left of the Challenger and its crew.

posted on Apr, 18 2015 @ 04:25 PM
link
Why go to the risk of faking a disastrous failure but keeping everyone alive and relocating them in relatively high profile positions like that? Why not simply blow up the space shuttle if there was a conspiracy to fake a disaster, and have real victims? They could have chosen less qualified people for the doomed mission if they couldn't spare the ones that were actually on board.

The circumstances where there is a plausible motive are so ridiculously far flung as to rule out the theory without incontrovertible evidence that it has in fact happened. This sounds like something they'd use to patch a plot hole in a made for TV sci-fi movie.

The researcher did a good job, the people have similarities that range from general to the angle they hold their head, small lines larger with age and interesting coincidences.

posted on Apr, 18 2015 @ 07:01 PM
link
I remember seeing the disaster live on TV when I was in school. All of the teachers were crying. We (kids) could hardly understand what had just happened. Like another poster said, every one has doubles. I've had people mistake me for other people several times.

originally posted by: dntwastetime
Complete waste of time? Laughable. Why don't you have a look into the link for more than 20 seconds and see these people are not even trying to hide the fact there names are almost identical if not exactly identical. reply to: cardinalfan0596

I just did a brief search for my name and came up with multiple hits of exact matches all around the world.
I also know of at least 3 other people that look like me or I look like them.

Does that mean everyone with a similar name to me or that looks like me are all fakes?

Either that or you are the fake

originally posted by: Signals
a reply to: opethPA
Either that or you are the fake


Now we are talking!

I don't understand why this thread was moved to "ludicrous online lies" - Is that the new name for the Hoax forum?

Either way, it deserves some attention and legitimate thought, as far as the motive, I haven't a clue.

Sure...and all their families wives husbands kids grandkids parents associates....all keeping this a secret and denying their still existing....missing weddings, graduations, special event in all those family members and friends and techs for the disaster?

Nonsense. This thread is nonsense and a waste of space. Shoulda been dumped INTO HOAX been 1st post....