The Face of Japan Is Changing, But Some Aren't Ready 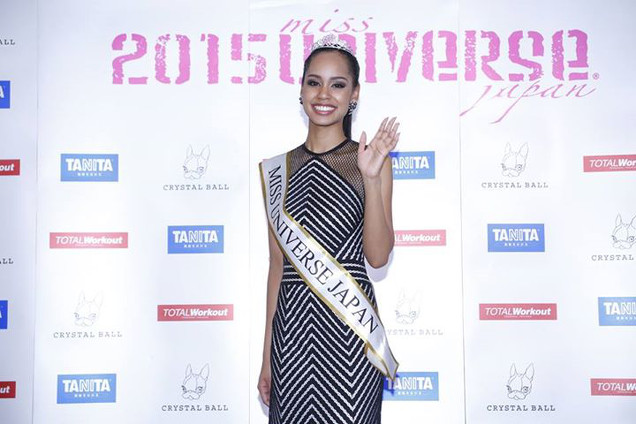 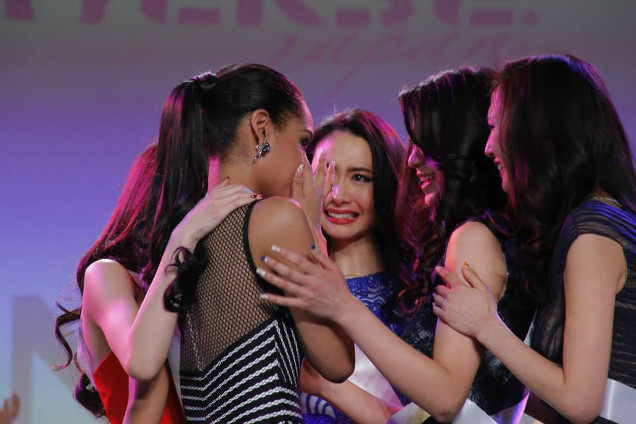 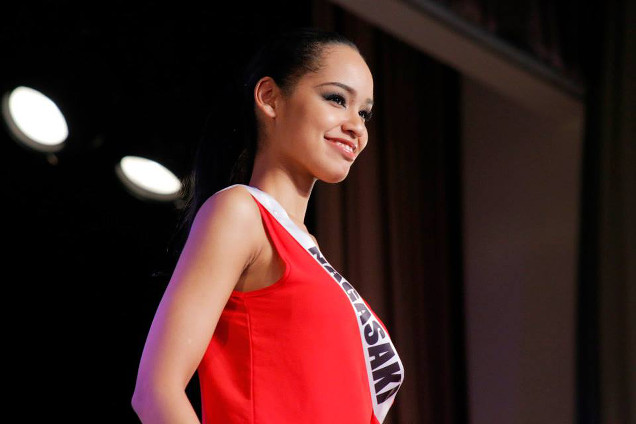 Change happens slowly in Japan, but it does happen. You wake up one day, and things that weren't possible years ago are happening today. Nowhere is that more evident than in the woman who will represent Japan in the Miss Universe pageant—but that's to the chagrin of some who wanted a more "Japanese" winner.

Eriana Miyamoto is the twenty-year-old selected to represent Japan in the upcoming Miss Universe pageant. As reported by Mainichi News, Miyamoto even expressed uneasiness as to whether or not it would be okay for a hafu [half-Japanese] like her to represent Japan.

When introducing herself to reporters after her selection, Miyamoto said that her mother is Japanese and her father is American. She added that she was born and raised in Nagasaki and that while she doesn't "look Japanese" on the outside, on the inside, there are many Japanese things about her.
Let's be clear. She is Japanese. She's a Japanese citizen. She grew up here. She was born here. She's Japanese. Yet, out of politeness or even humility, she explained herself to the Japanese press. After this was out of the way, the rest of her interview progressed fairly normally with questions about how she felt when her name was announced or if she's thinking of entering the Japanese entertainment industry.

While I do not particularly care for beauty pageants, I didn't even knew this one happened until a friend put it on my Fb pg, I was like wow that's new, I know for folks living in other countries it's not a big deal.oh yaawn ! but here it kinda is especially if you have kids,in my case girls who are just vain enough to wanna join such things, but after some reflection I realize I am part of that silent change I maybe a Gaijin or Americajin and comfortable in my status as the quintessential guest or outsider I have this whole other world I can go back to, but my kids are not, this is the only country they truly know as home although part of their roots lays else where , then again I shouldn't be surprise because for yrs now the most Japanese of sports outside of Baseball,Sumo have been dominated by Gaijins aka foreigners to the point of being ubiquitous, but change is happening about a year and change ago one minister tossed around a very novel idea that what is considered Japanese needs to change given the Japanese negative birth rate , what will change ultimately mean?? only time or perhaps my kids will tell.
klik the link view the short vid.
edit on 14-3-2015 by Spider879 because: (no reason given)

She's very pretty. I am surprised that she won; Japan seems very invested in an almost homogeneous appearance as part of their identity. Maybe the culture is loosening up on that as you have speculated. I suspect that even if children of foreigners, those who don't look completely Japanese, become integrated into the culture, overall, in a few generations all you would have is perhaps some quirks of skin tone, hair color and texture and eye color to occasionally give it away. The morphologies will be absorbed by the dominant culture.

This is of course coming from an admitted Japanophile who has seriously considered moving her family to Japan. If it weren't for my horse obsession, I would be there already...

If you do Fukuoka is great for quality of life, not great horse country though.

posted on Mar, 14 2015 @ 11:12 AM
link
They must be ready. Japan is depopulating at a rapid rate. For the Japanese not to disappear into extinction, they must either increase their birth rate (not happening and no sign it will happen) or assimilate through intermarriage to save the country, if not the racial group.
mega.econ.tohoku.ac.jp...

originally posted by: grandmakdw
They must be ready. Japan is depopulating at a rapid rate. For the Japanese not to disappear into extinction, they must either increase their birth rate (not happening and no sign it will happen) or assimilate through intermarriage to save the country, if not the racial group.
mega.econ.tohoku.ac.jp...

Yes some towns are depopulated only inhabited by the very old one school where there used to be 7 and no maternity wards, they are trying all kinds of desperate moves to keep some towns from dying.