Tens of thousands of Israelis protest against Netanyahu 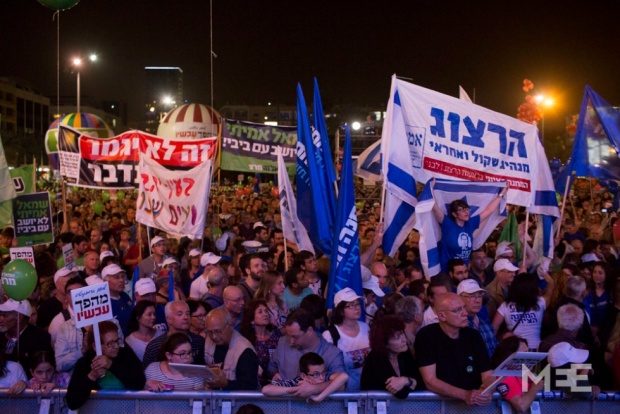 The protest, organised by the V15 movement, a grassroots movement that stands for Victory 2015, was the largest demonstration so far during this year’s elections – and the first time since Netanyahu came to power in 2009 that Israeli voters in such large numbers have demanded a new government.

Their main message, shared in the city’s Rabin Square, was that Netanyahu has led Israel into a catastrophe both diplomatically and domestically. 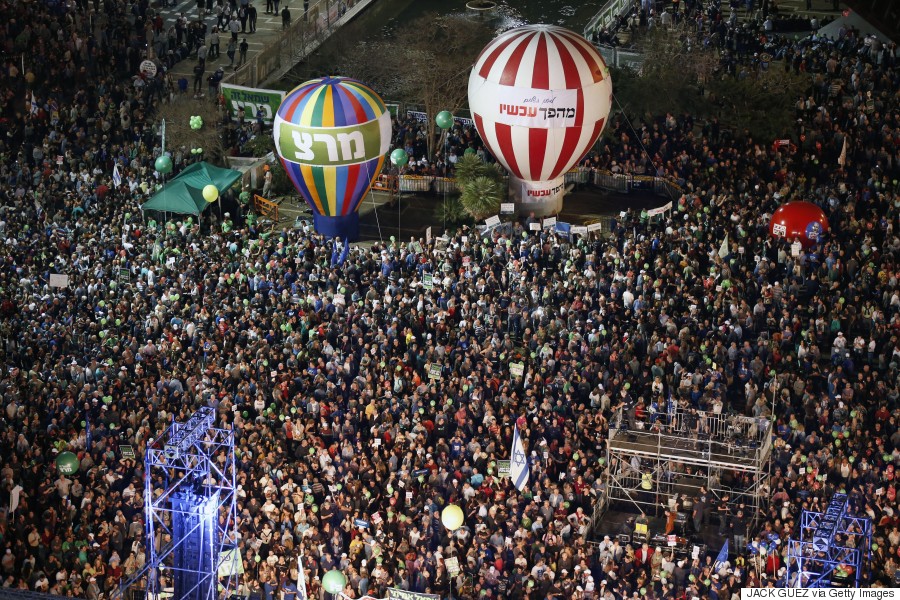 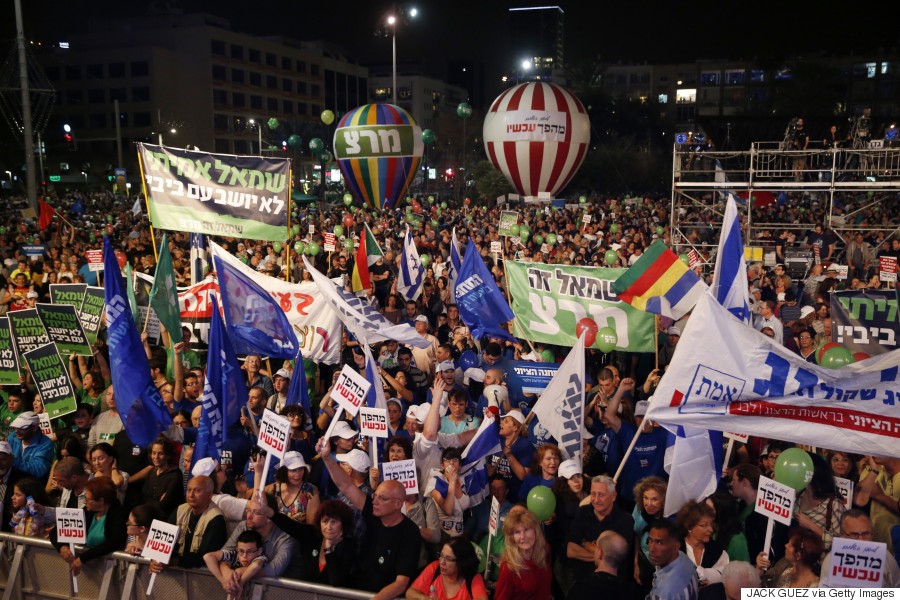 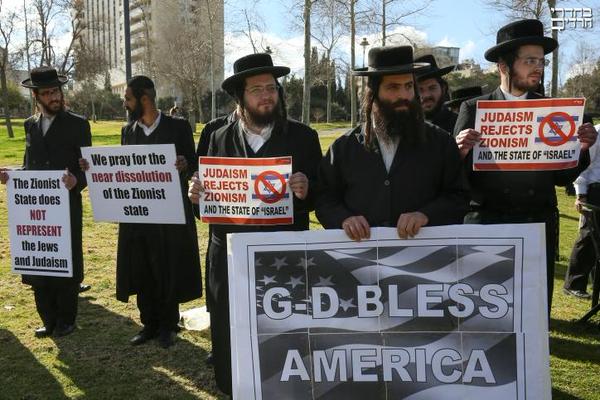 As #Jews in US will tell at #MassJewishRallyNYC to #Netanyahu 'Go Home', Jews in #Jerusalem say: Zionism, 'Go Down'! pic.twitter.com/b91hC46ydC 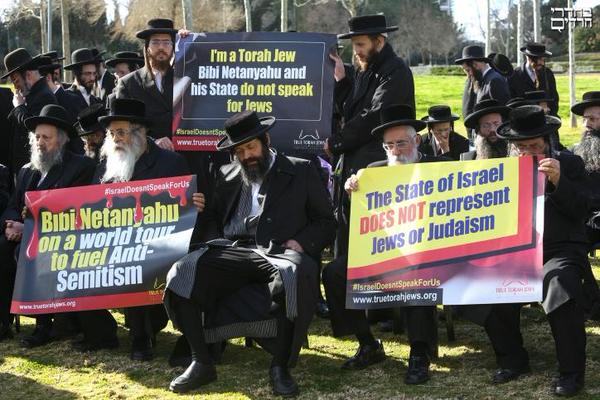 JERUSALEM: #Now: "I'm a Jew and #BibiDoesntSpeakForMe nor does his state represent Judaism!" #IsraelDoesntSpeakForUs pic.twitter.com/LlE2WVSEPB

From Haaretz:
Former Mossad chief Meir Dagan tells crowd of up to 35,000 that under Netanyahu, Israel faces most severe leadership crisis in country's history.
(haaretz.com)

According to the "Israel Wants Change" event's organizers, more than 35 thousand people attended. Other officials estimate between 25,000-30,000 protesters turned out to the rally.

"No one denies that Iran's nuclear program is a threat, but going to war with the U.S. is not the way to stop it," Dagan said.

Meir Dagan, a former Mossad director, strongly disagreed with many of Netanyahu’s assertions, stating that "Iranian missiles will never be able to hit the United States," and that comments that Iran could producer nuclear weapons within a year were "bulls***."

It appears “Bibi” is far more popular with crazy American neocons than he is with his own fellow citizens.

Only a few days after Israeli Prime Minister Benjamin Netanyahu returned from his much publicized United States trip, during which he was celebrated and drooled over by America’s top warmongers, a large protest against him erupted in the nation’s section largest city, Tel Aviv.

There might still be some hope in the world that the Neocons will not get their much desired war.

America is linked to Israel....If the US wants a war, they will listen to the people complaining and just put another war-monger in power! It may look to the people as change is coming for Israel, but the USA will get what they want...If the USA wants war, it will happen no matter who is put in office...And believe me, the USA will have direct contact with the next puppet put in power over there.

Now THAT'S what I'm talking about! The people of Israel need to stand up and oust this terrible leader. Then maybe some headway can finally be made in the Middle East. I'm tired of hearing how Iran is about to get a nuclear bomb and blow up Israel. It is empty rhetoric at this point.

That's a heart warming sight , perhaps we will see a Jewish spring.
I hope their ranks expand before the upcoming election and a new leadership can set Israel on a new path to become the state we know it can and should be.

Jews & Arabs Refuse To Be Enemies 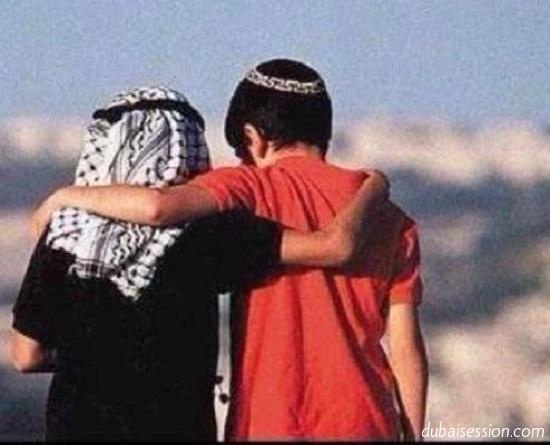 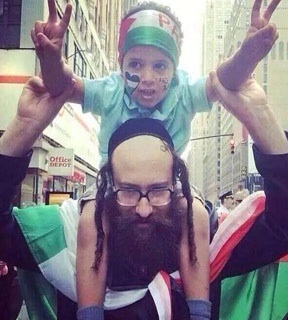 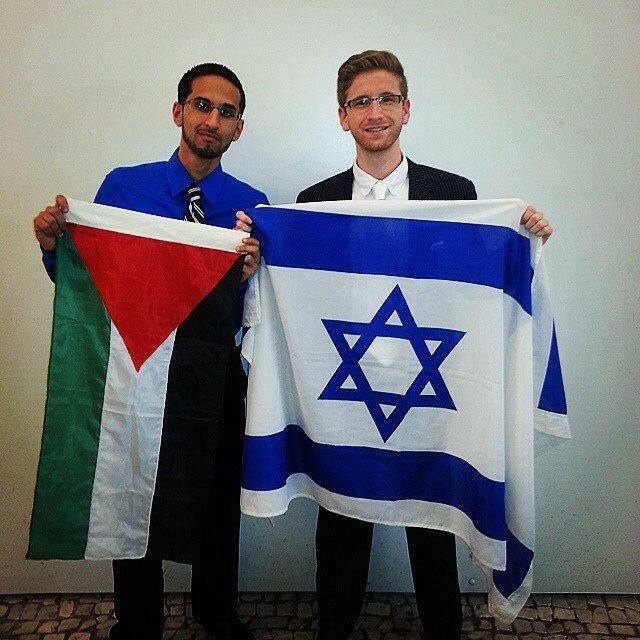 Thanks for the heartwarming pictures!

posted on Mar, 11 2015 @ 10:42 AM
link
Imagine if Netanyahu loses this election....the Republicans/TP are already in enough hot water for inviting Netanyahu to speak....backing a loser would be simply glorious.

posted on Mar, 11 2015 @ 10:49 AM
link
a reply to: Blackmarketeer
Governments manufacture external hatred to shift eyes off their internal problems... wasnt that the point of 1984? Maybe one day all the people of the world will throw off the shackles of the wealthy who do not represent them.

Its rather funny how the US and Canadian media is so pro-Israel when their own media and people criticise their government openly. Good on you Israelis, standing for change. No one can call you anti-semitic.

originally posted by: LeatherNLace
Imagine if Netanyahu loses this election....the Republicans/TP are already in enough hot water for inviting Netanyahu to speak....backing a loser would be simply glorious.

It would certainly be a setback for the "Project for a New American Century" and the Likuds.

There is a tripartite at work - 1) The Sauds, which have long desired to attack Iran (and may be fueling Sunni radicalism/Wahabism for their part), 2) Israeli Likuds, who also desire a preemptive war on Iran, and 3) the US Neocons, which have made toppling Iran the pinnacle of the seven Arab states they desired "regime change" for (and who are still working on Libya and Syria).

All three seem to be trying to manipulate events to align themselves for a war with Iran. (not forgiving Iran's own actions either).

America is linked to Israel....If the US wants a war, they will listen to the people complaining and just put another war-monger in power! It may look to the people as change is coming for Israel, but the USA will get what they want...If the USA wants war, it will happen no matter who is put in office...And believe me, the USA will have direct contact with the next puppet put in power over there.


How is America linked to Israel the only we are linked is the Israel is a parasite that is sucking the lifeblood out of America. The people in Israel are fed up with the war mongering that Benny has been crying for years. Also Benny is the reason why America has been in many of the conflicts in the ME. Benny lied to the American government about Iraq and he has been lying about Iran trying to get America to attack them. The best thing for America is for Benny to be removed from power then maybe the people of Israel can finally know some peace as long as they don't elect anyone from the Likud party.

In the US we so rarely here of these things. I've known Israeli dissenters but I didn't realize that it had grown so large. But then they have a more diverse media and actually take action.

In the land of the free and home of the brave, if there was a demonstration of this size against Obama (or anything else for that matter) there would be water cannons, corralling, tazers and maybe even a few busted heads already.

posted on Mar, 11 2015 @ 06:10 PM
link
Once Netenyahu proves He is correct about Iran and Palestine wanting to destroy Israel it is gonna be the end of all battles.

Are we getting the full picture here? There are millions of Palestinians who are 'Israelis'. From that perspective, it doesn't surprise me in the least that there are mass gatherings of thousands. Sprinkle in some pics of anti-zionists from America (who are trying to 'socialize' this country) ... and you've skewed the perception of what is taking place.

We'll see what happens in a couple of days when rational people show up and vote.

Good, just before their elections but who knows how honest them elections are, amrite?

Another puppet will step into his place, so what does it matter.

I'd rather deal with a new puppet than this old war mongering hag. But that's the sad reality isn't it?

originally posted by: CranialSponge
a reply to: Swills

Another puppet will step into his place, so what does it matter.


There are political factions in Israel that do oppose the Likud-style warmongering.

And now they will elect another moron like Olmert. Someone who will not be able to protect them and negotiate their freedom away for nothing but False Peace, just in time for the war that will bring on the Tribulation and lead quickly to Armageddon.

The Black Hat Jews with their curly girl hair are the same despicable, disgusting ones who forced Jesus to be crucified. The same reason why the Jews have been persecuted all over the world long before this so called Pally problem that the Arabs started, when Israel was GIVEN BACK to the rightful owners, The Jews!!!

THE LEFT LIBERAL SATANIC WORLD NEED TO STOP PUSHING THEIR PROPAGANDA THAT ISRAEL IS OCCUPYING ANYTHING but their own JEWISH land.

The Merneptah Stele—also known as the Israel Stele or Victory Stele of Merneptah—is an inscription by the Ancient Egyptian king Merneptah (reign: 1213 to 1203 BC) discovered by Flinders Petrie in 1896 at Thebes, and now housed in the Egyptian Museum in Cairo.
most scholars accept that Merneptah refers to "Israel"

This proves among other evidence that ISRAEL was there in 1203 B.C. and Jordan is actually sitting on Israeli land so all you Jew haters need to go preach your crap, to someone else who believes it.

Where is it wrote ANYWHERE that Israel is Arab land "in STONE" that dates back to anything that old??? NOWHERE! The Jews are the only ones who called that land Israel, so if the Jews did not own it then who named it that???? Sure was not the Arabs lol. Some of the Jews who went north after being drove into exile have turned white do to their many years away from their homeland but their is a massive amount of black and tan Jews in Israel as well and EVERYONE loves to hide that fact. It is only the Jews who still to this day deny Jesus Christ who cause all of Israels problems.

If every Jew in the world believed in Christ tomorrow, Christ would come back in the blink of an eye and set up heaven on earth, ALL of the worlds problems would be history. What most fail to understand is that this is all one Giant example and lesson of Gods mercy and now we will face his wrath for not listening to him.

The ARABS STOLE THE LAND from the Jews!!!!!