page: 1
78
<<   2  3  4 >>
log in
join
share:
Rezlooper
+55 more
posted on Mar, 10 2015 @ 02:35 PM
link
No matter what you might think of the role mankind is playing on the destruction of our beautiful planet, these pictures are stunning. They really put into perspective our presence here. Of all the humans that ever lived...14% are alive today. We are making a major impact on the planet and these pictures are from a free book that can be viewed online. The book is just illustrations of humanity's impact on the Earth. 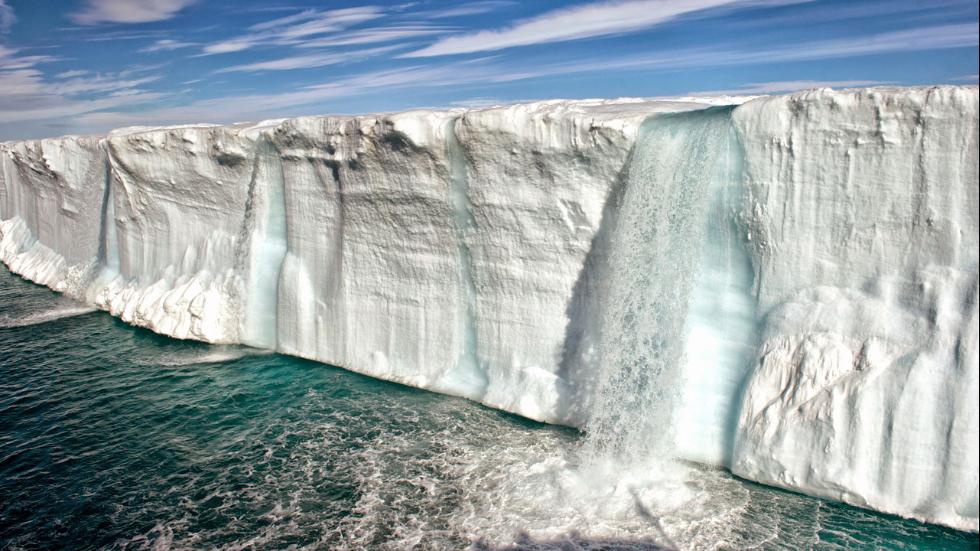 In both the Arctic and Antarctic regions, ice is retreating. Pictured is melting water on an icecap, North East Land, Svalbard, Norway. 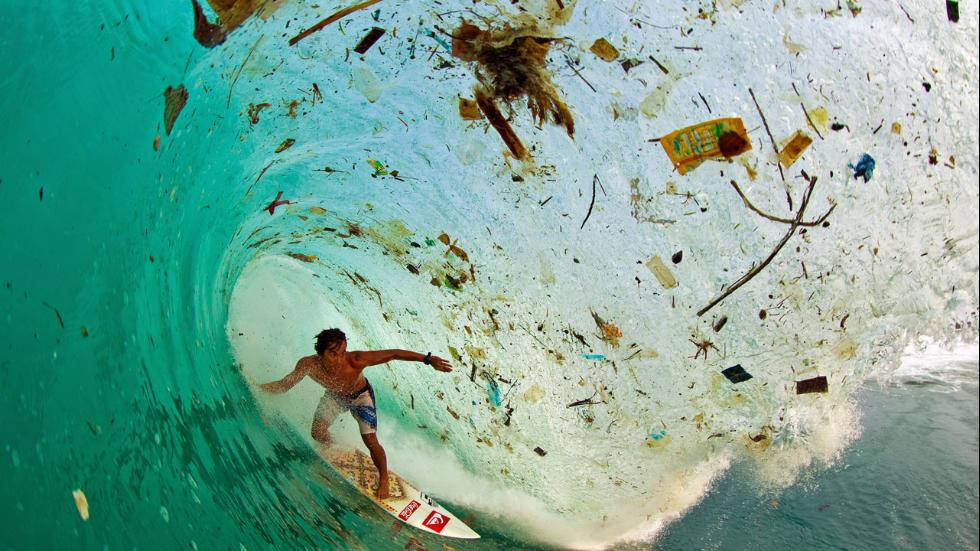 Indonesian surfer Dede Surinaya catches a wave in a remote but garbage-covered bay on Java, Indonesia, the world’s most populated island. 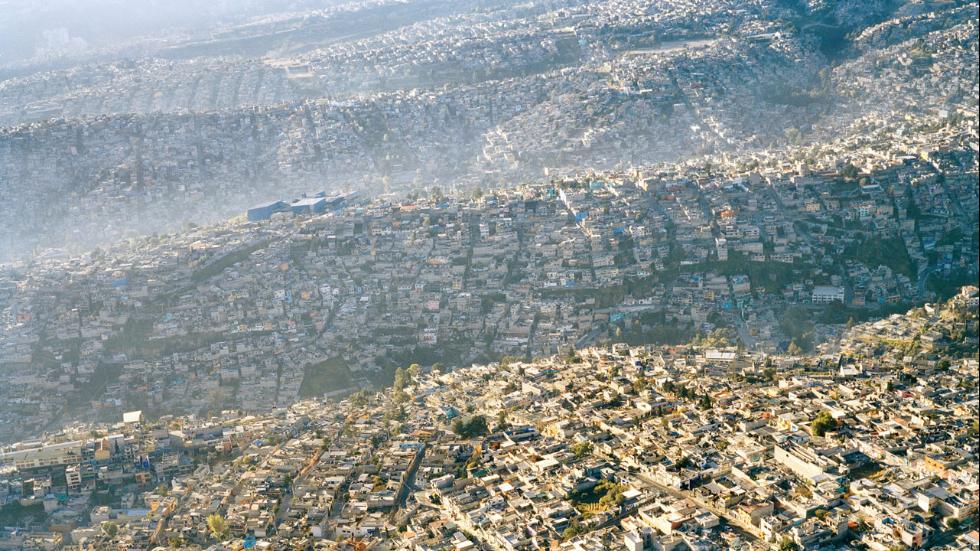 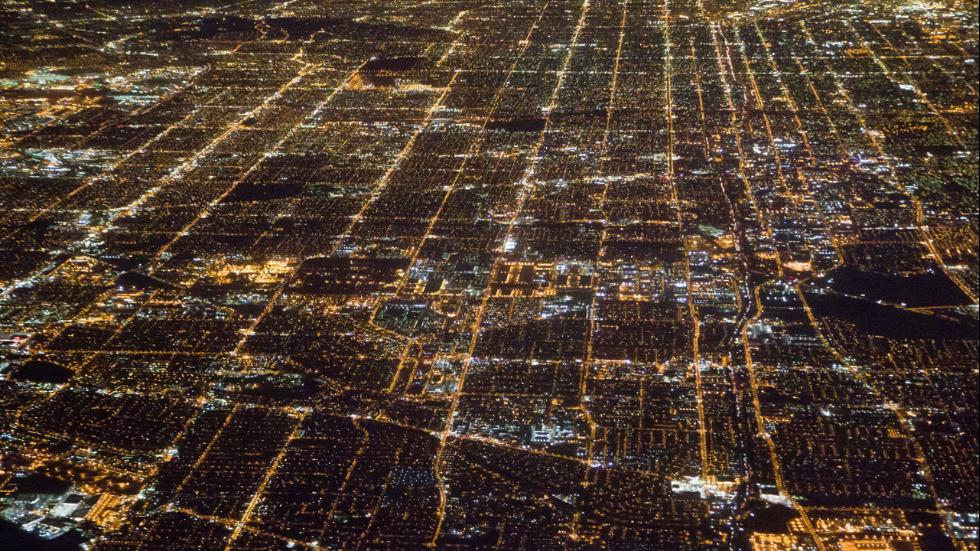 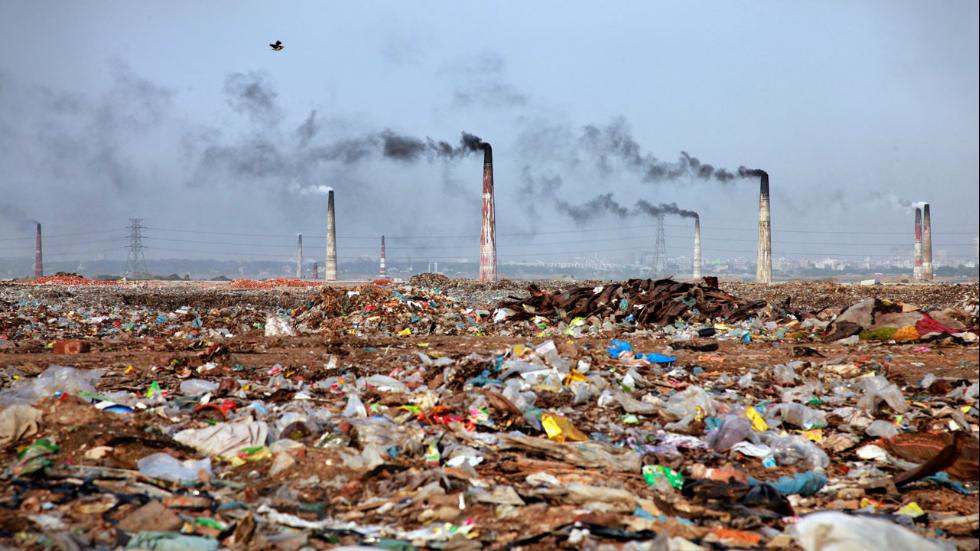 Brick kilns dot a dystopian landscape of trash in Bangladesh. 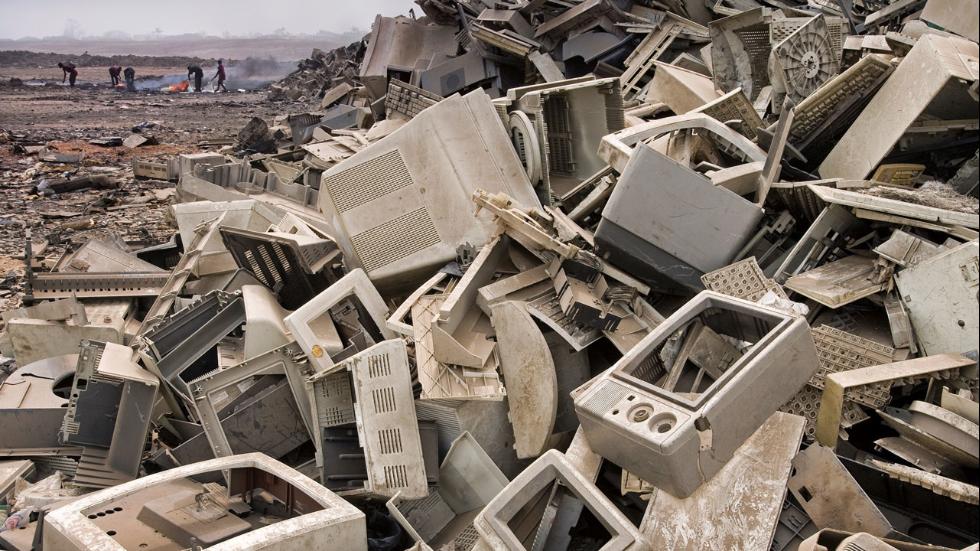 Massive quantities of waste from obsolete computers and other electronics are typically shipped to the developing world for sorting and/or disposal. Photo from Accra, Ghana. 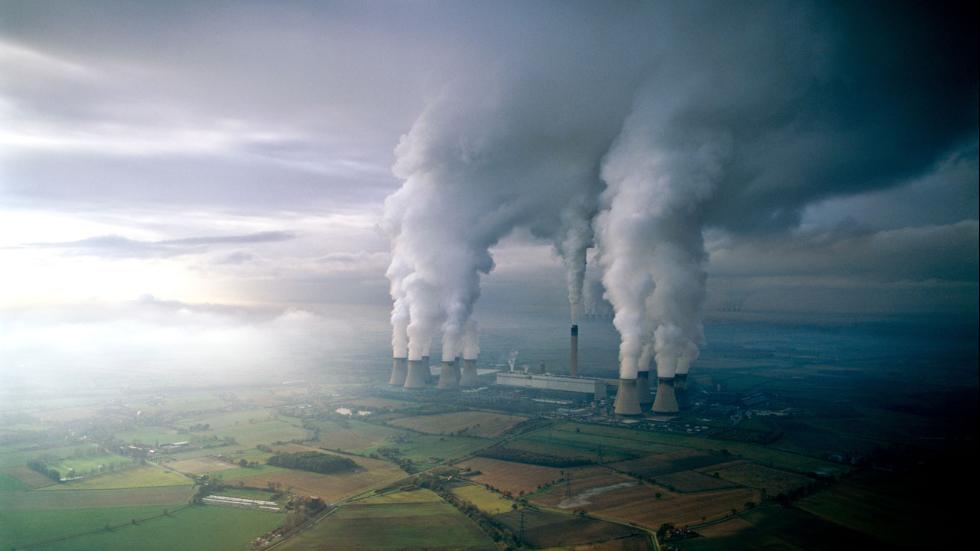 Skies darken at a coal-burning power plant in the United Kingdom. 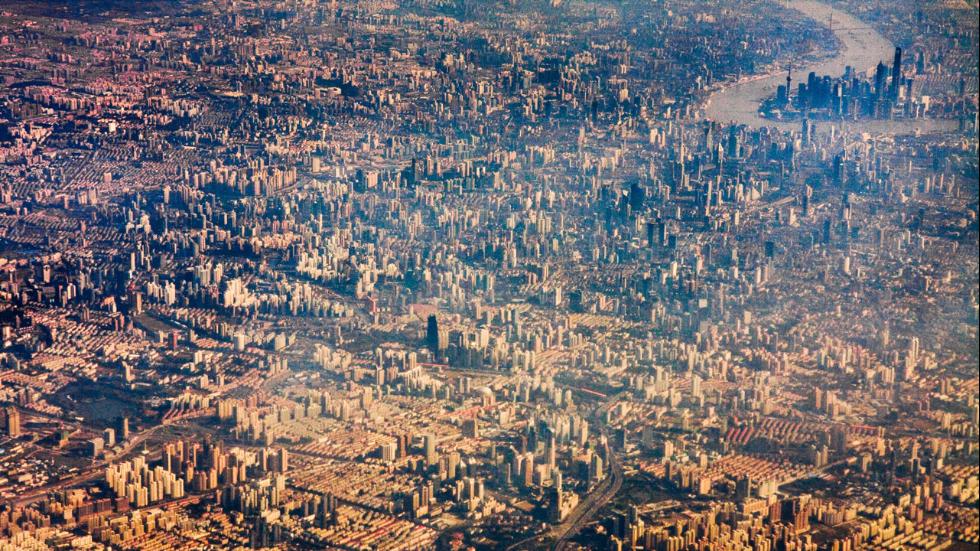 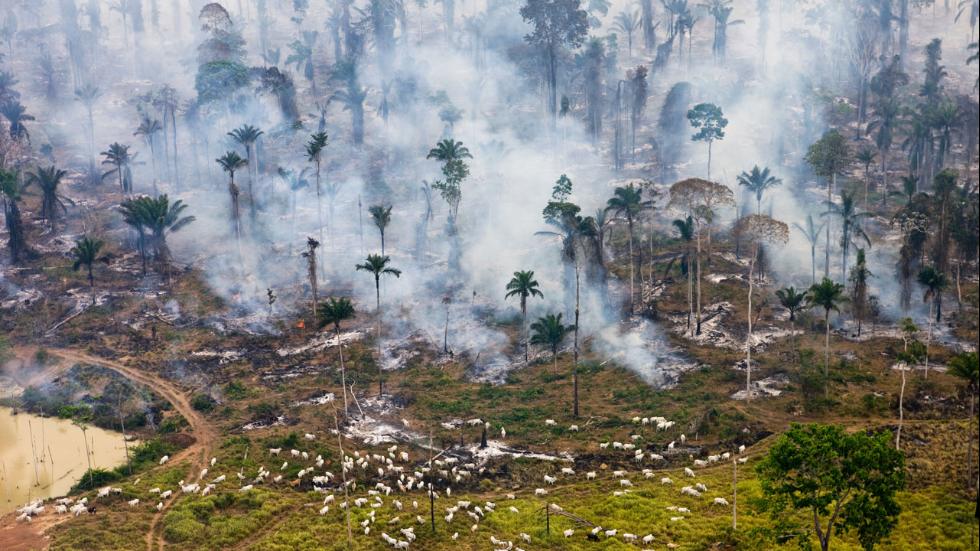 Ground zero in the war on nature – cattle graze amongst burning Amazon jungle in Brazil. 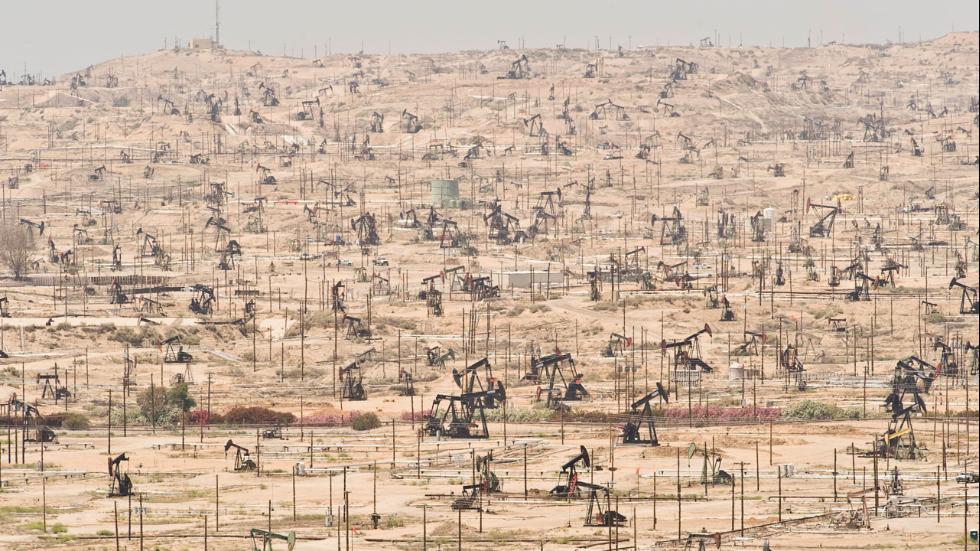 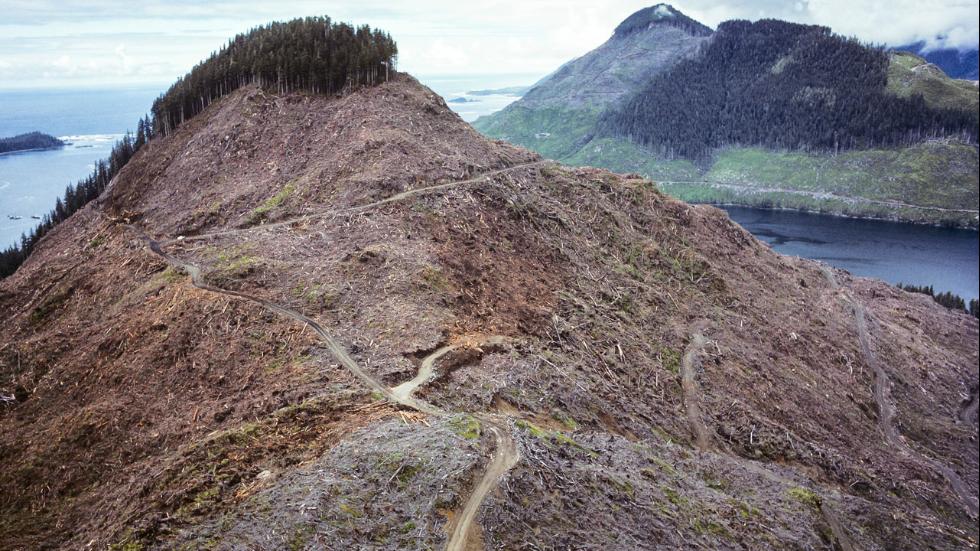 Sometimes called the Brazil of the North, Canada has not been kind to its native forests. This image shows clear-cut logging on Vancouver Island. 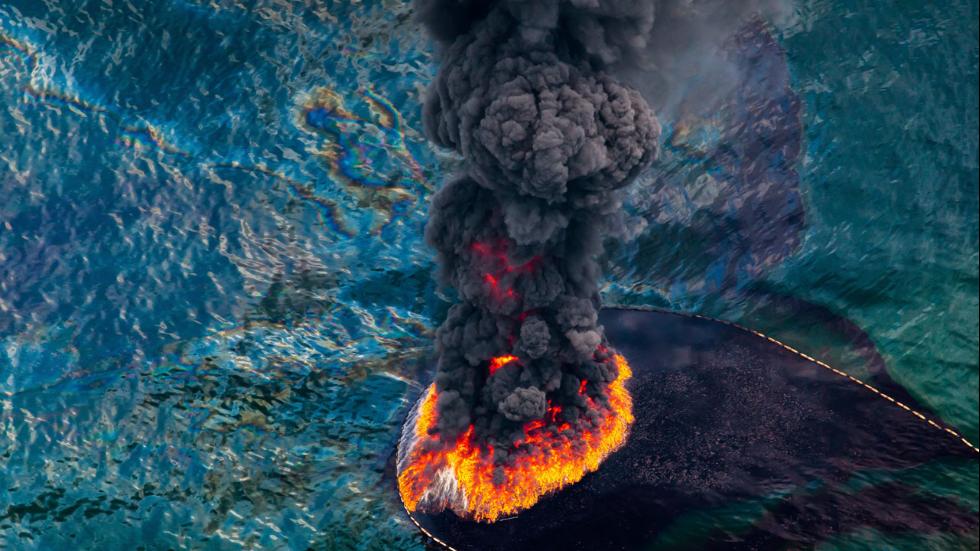 Aerial view of an oil fire following the 2010 Deepwater Horizon oil disaster in the Gulf of Mexico. 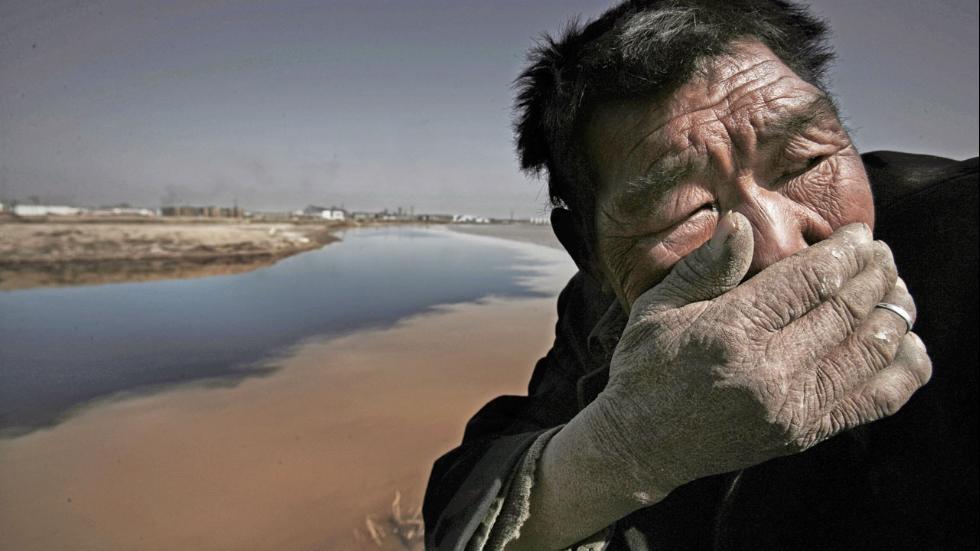 A shepherd by the Yellow River cannot stand the smell, Inner Mongolia, China. 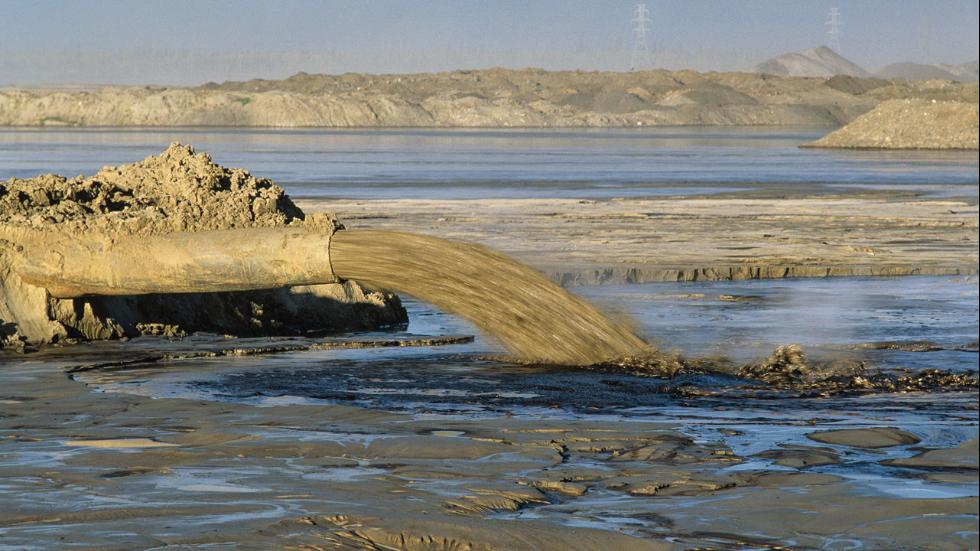 Tar sands-related tailing ponds are among the largest toxic impoundments on Earth and lie in unlined dykes mere meters from the Athabasca River in Alberta, Canada. Indigenous communities downstream are fearful of being poisoned by toxic seepage into the food chain. 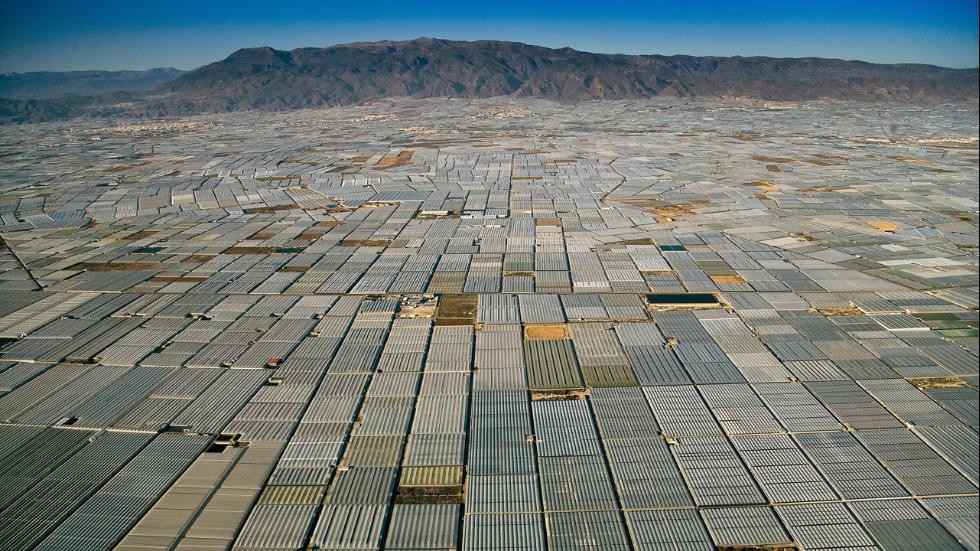 As far as the eye can see, greenhouses cover the landscape in Almeria, Spain. 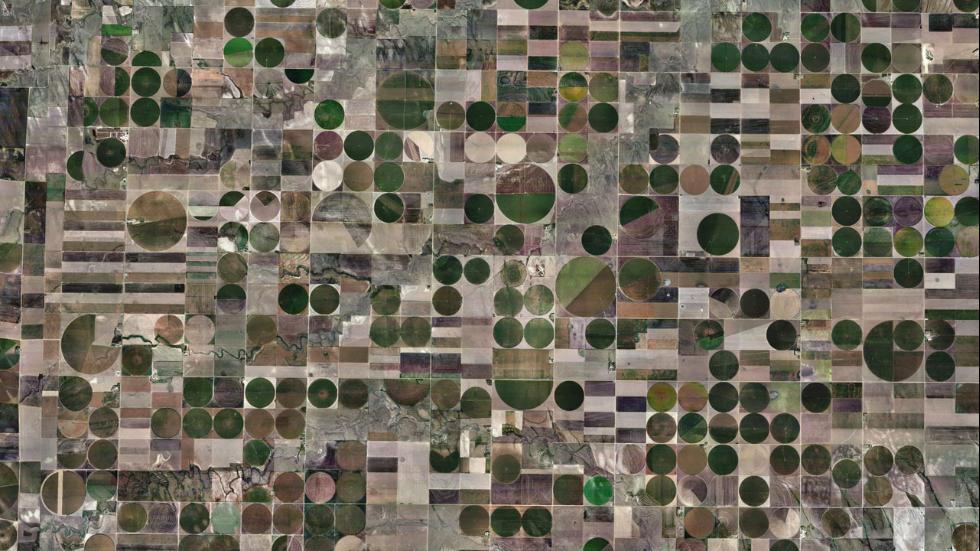 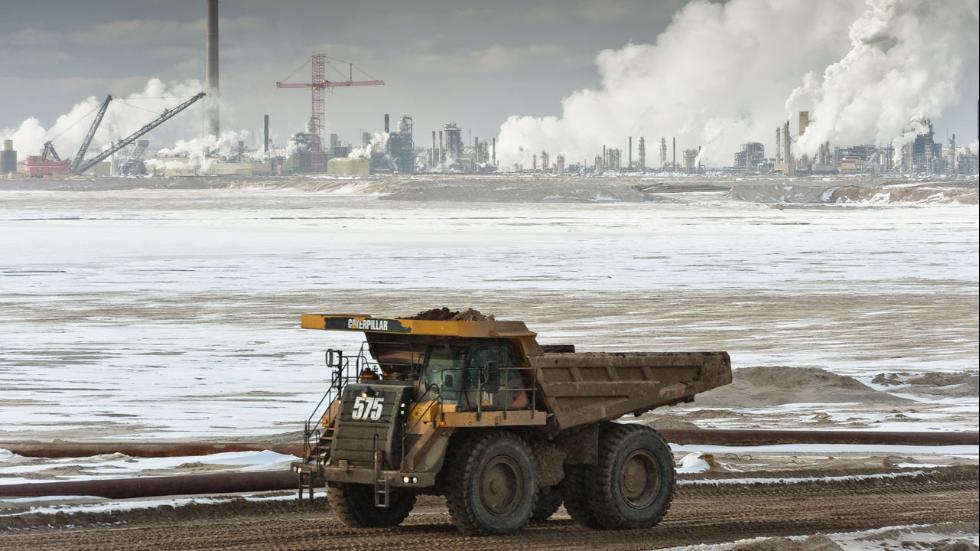 Massive haul trucks support surface mining operations in the tar sands region of Alberta, Canada, one of the largest known deposits of unconventional (bitumen, in this case) oil resources. 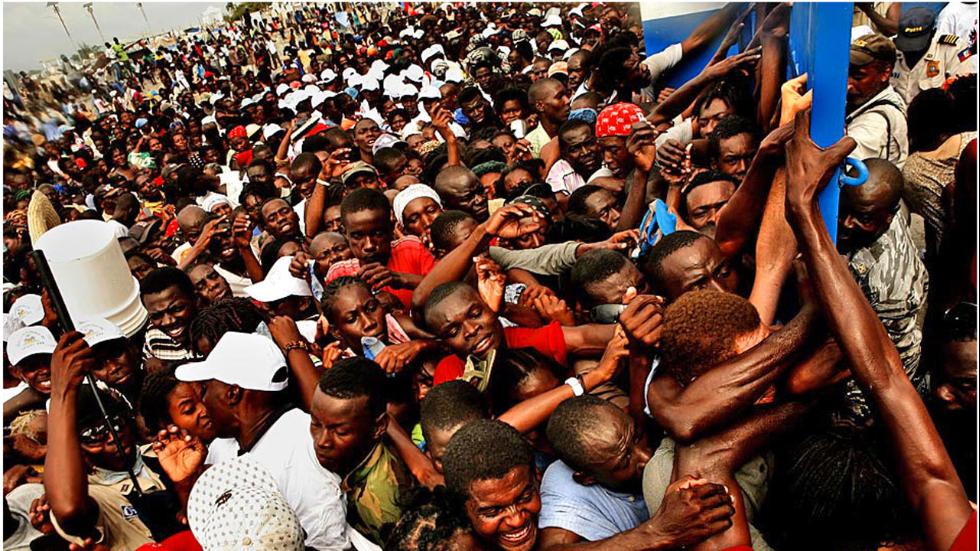 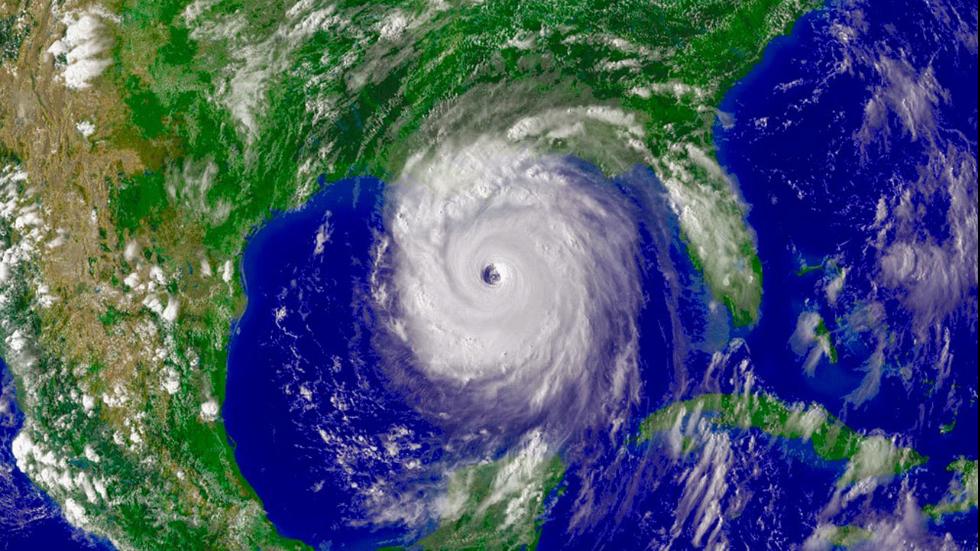 One of the most powerful and disruptive storms in U.S. history, Hurricane Katrina nears landfall in 2005. 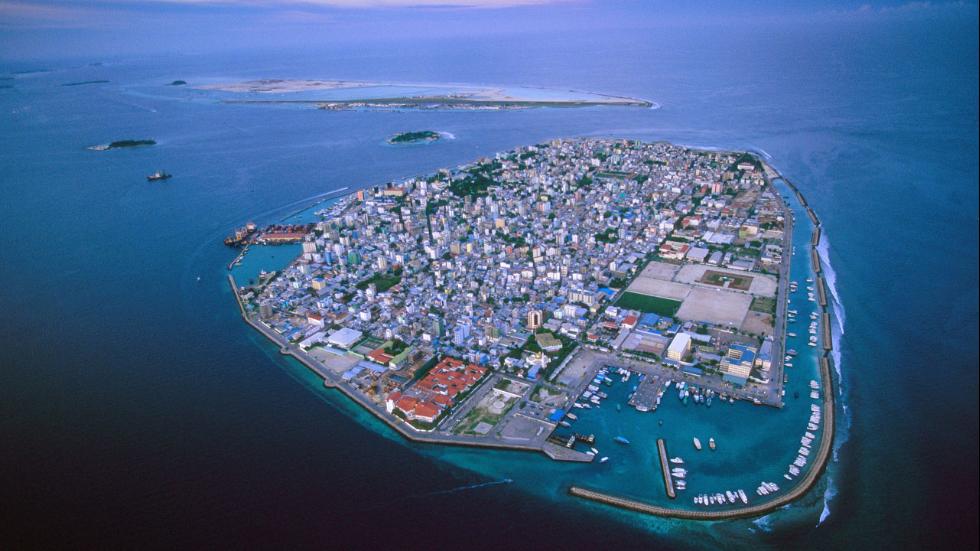 One of Earth’s most vulnerable nations to climate change, the Maldive Islands are severely threatened by rising sea levels.

These images are disgustingly beautiful.

How did it get like this!
We need a clean-up plan now, not two seconds ago, but NOW!
Thank you for Sharing!

It makes me sick when I see things like the garbage continent swirling in the pacific.

HGW aside, we could be better stewards to our home.

posted on Mar, 10 2015 @ 03:00 PM
link
The pics of LA and Mexico city remind me of First Contact when the borg took over earth. So sad that we are doing this

Nice thread and powerful imagry. We really need to do a reality check as a species..

Most modern societies are a man created fiction like their money . Education is not about thinking but what to think .Basic Native knowledge would never have created this beast we cal modern civilization today .

Blue Shift
+13 more
posted on Mar, 10 2015 @ 03:04 PM
link
Sure, we have an impact on a very thin layer of the planet, and a lot of the stuff we throw around is inert and doesn't really interact much with the ecosystem, but for the most part we're just along for the ride. Our impact is nothing compared to a tiny little shift in the Sun's output, a few sunspots, or the amount of material an average volcano pumps into the air.

Is it just me or do some of those pics look photoshopped?

I'll do some digging on the individual pictures.

I don't think the message is lost even if they are tampered with...
But I did wonder that as well.

Many people probably don't know this but the big fat round towers at a power plant are steam, the thin long one is smoke...So while it may seem like it is just pumping dirty smoke into the atmosphere, that is mainly steam...This link shows a little about the big fat cooling towers...en.wikipedia.org...

How can an earthquake in Haiti and Hurricane Katrina be something humans did? I think these are powerful pictures but some just seem sensationalized to take their point to the utmost extreme....Ice melting can be argued as not something man did either, but good find either way OP!
edit on 3/10/2015 by Chrisfishenstein because: (no reason given)

This is a very disturbing reminder for me. The clear cutting of forests is something many of us objected to, but as you can see, responsible government seems to mean responsible only for opening doors for big businesses to do what they want.

I once corresponded with someone from Athabasca who was crying out for help and fearful about the survival of her family. I never knew what fate befell them, but at last report I do know they were showing signs of tumours and skin disorders on a par with the Love Canal complaints. If they survived, then I believe they had to just walk away from their land, no small deal to anyone whose roots lie in that spot. I feel so ashamed of my country's leaders, and sad that our voices were unable to make a dent in the way things have been turning out.

Our planet is so beautiful and special. To have to witness its wanton destruction is truly depressing.

That is absurd and incredibly devoid of knowledge and logic.

Some people look at beautiful mother nature and just see dollar signs. I want to kick people like that...

And that is why, we the arrogant vermin call humanity will be destroyed by mother earth when it starts to get enough of that arrogance, see we humans are told that we are special, created by a higher being call God, that we inherited the earth and have power over it, including our fellow mammals from the animal kingdom.

At the end we will be squashed or cooked AKA global warming soon enough.

originally posted by: Blue Shift
Sure, we have an impact on a very thin layer of the planet, and a lot of the stuff we throw around is inert and doesn't really interact much with the ecosystem, but for the most part we're just along for the ride. Our impact is nothing compared to a tiny little shift in the Sun's output, a few sunspots, or the amount of material an average volcano pumps into the air.

Future alien scientists will find a layer of "materialism" in the same way we can find layers depicting various periods during earths history before & after dinosaurs.

originally posted by: Kali74
That is absurd and incredibly devoid of knowledge and logic.

Blue Shift's statement is the most impeccable of logic's...nature's logic.

What does nature do? It breeds and consumes until it is forced to stop by overloading the carrying capacity of a given environment, or death by another life form.

Everybody seems to forget that.

posted on Mar, 10 2015 @ 03:18 PM
link
This is an excellent post that frames a problem that anyone can see and understand. If only we could all work together on these problems we can agree on and avoid the divisive man-made climate change discussion the world would be much better off. Rez, you are an excellent poster.

Have you seen the video 'Schooling the World'?


This is part 1. I used to have a link to the whole video but it is 'banned in my country' now.

Well worth an hour of your time IMHO.