Newer Science Of A Barroom 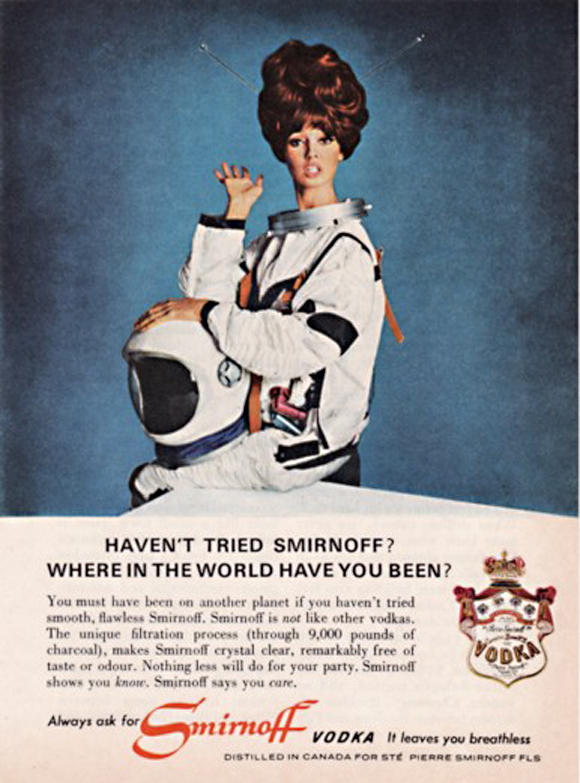 I found this blog entry and thought it would be a nice morsel to share.
www.nytimes.com...

Here's another NY Times article on the science of alcohol, selling a book about it.
www.nytimes.com...

Also, of course, as many of us do drink liquor, here's a link to the "Liquor" thread I made last year. Go ahead and add to it if you'd like.
www.abovetopsecret.com...

On the subject of barrooms, the article is interesting to be sure, but I think that in reality, it comes down to personal preference, and of course, price. For example, there is a chain pub in my local town centre. It is home to the most sozzled, functionally useless dross that humanity is capable of gathering in one location, at one time, without the sheer level of fail collapsing the space time continuum. It is also cheaper than dirt. The food is good, the drink is cheap, but the atmosphere has all the charm of a shotgun blast to the gonads. There is no music, and there is always a sporting event, or a sports news channel on the televisions hanging on the wall. It is a pub for the terminally tedious, and in my opinion, only worth eating in, rather than drinking in.

There is another bar in town centre, on the seafront itself, which is a music bar, with an attached performance room out the back. The music is good, the beer is expensive, and the food is terrible. Everyone is so drunk in there, that one is rarely actually involved in conversation, rather one bumbles around staggering into everyone from an ageing punk, prattling about the time he took a leak against The Clash's amp stack, to utterly obliterated thrasher, propping up the bar with his beard hair and determination alone.

Yet another bar, closer to the centre of town, and aimed toward the student market, offers great food, decent beer, all at slightly higher prices than one would like, and all set within an awful sonic slush of eighties pop, emo, and hip hop, with the occasional rock classic thrown in for good measure. The place is packed after six every night, and is RAMMED on "pound a pint" night, which is a misnomer, since the only drinks worth drinking are not covered by this offer. The amount of EGO that gets crammed into this small venue every evening, is obscene. This is largely down to the fact that many of the patrons are of college age, and full of the vigour of post adolescence, and have not yet developed proper personalities of their own.

There is, perhaps, just one bar in my town that is really worth drinking in for the pleasure of it, the sort of place you go alone, or only with your dearest friends. It is run by an old cellarman, a professional purveyor of quality booze for over forty years. One can sit at a table made from a massive old beer barrel, drink the finest locally produced ales, and the highest quality guest ales and spirits, with only low conversation to distract one from the important business of leisurely imbibing of alcohols, and the amusing drunken waffle of ones closest conspirators. They do offer food, but I know of no one who can tell me what it is like, because most people just go in for a pint of really delicious, perfectly "kept" ale, served at the ideal temperature, by staff who really know how to pull a pint. The clientele are varied, but all of them capable of discernment and good conduct, because they respect that this is truly a shrine to the best of British boozing, not a slum, nor a dive, but a place after the spirit of Ye Olde Tavern, a proper drinking house.

There was once a proper rocker bar here too. I used to live out the back of the place. It had a jukebox stacked with thrash metal, grind core, old school heavy metal, and everything in between. It also used to boast one of the best ale selections in the region, and had a history as a rocker bar, being central to the battles between the mods and the rockers many years before my birth. The manager was an ex military fellow from the North, and I personally witnessed an incident which ended with him pitching a man clear through the front window of the pub, having offered him either the aforementioned exit, or the door. The window was patched up in less than a quarter hour, as the resident fix it man had a stack of spare panes which he had bought against just such a possibility.

It was a real community, that pub, rather than being a business. The regulars were also the residents, along with some of their friends, and it had a pool team, which comprised of myself, a friend of mine who was also a batman there, and several of the other, older regulars. I spent most of my spare time between the ages of eighteen and twenty five or so, drinking in that place. Alas, the place has had the soul sucked out of it in recent years, a refit being partly to blame, and a change in the clientele commensurate with it. The bar used to be a large rectangle, around which forty punters could be served in minutes by just five staff. Nowadays one can barely fit ten at the bar, and it takes forever to get served.

It is a shame.

In any case, the bars that I prefer would be entirely alien and terrible to some people, no matter how well they carry off their particular style and individual spirit of place, to borrow a phrase. These things are always a matter of preference, and a certain respect for the size of ones bank account at the time of visiting of course. I loathe bars which play pop music, but some require it. I like bars which concentrate on the booze, and others like to be entertained while they drink. There is, however, a bar for every drinker.