This does not prevent religion like the promotion of State Atheism such as we have in China, in China laws can be enacted against religious institutions.


supporting neither religion nor irreligion.

There is a clear difference here in dogma, philosophy and State politics.

I would like to try to uncover and trace the origins of Secularism and who laid claim first (via official document and policy) to the separation of religious institutions from governments of the people.

Some history you probably already looked at here.?

Free thought / some secular principals have existed for a long time depending on how strict you keep the definition. Can you define what you think is secular 'enough' or where you would draw the line? For example, was Rome secular? They allowed most religions except ones they considered dangerous, and some of the ruling elite had atheist beliefs. (Though in general atheism was frowned upon). Does Eastern tradition based on logic count? Etc etc ...

The template of modern secularism in its full fledged glory will be unlikely to fit many ancient societies. The term certainly didn't exist for them.

originally posted by: Pinke
Can you define what you think is secular 'enough' or where you would draw the line?

I define it as separation of church and state, as I was born in USA so my definition is subjective to me.

I will add that "freedom of religion" in my definition means "suppression of no religion" unless it becomes destructive and infringes on the constitutional rights of others.

You see I am expecting policy from my government in preemptive fashion against threats from religious institutions which are extreme, as I am also expecting action.

I live in a shining city on the hill, I do not pay my taxes for my government to be wholly consumed with domestic policy because it is something to be untrusted. I pay my government to handle my foreign affairs with other nations.

All is well on the home front, I trust in the Constitution of my nation to govern the mind of the citizen's. 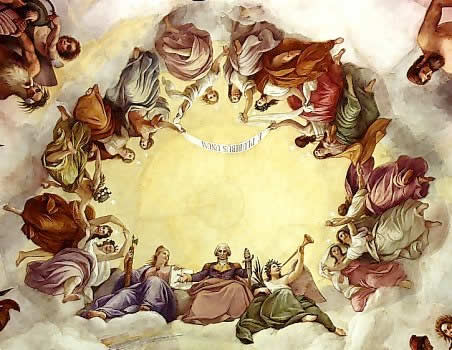 I am lodging an official complaint to my... G


war at home or war abroad... is there anything else? ...not in my backyard!

. the Citizens of Ferguson
. all the Occupy Protesters
. Nancy Pelosi
. Barack Obama
. 70% of the Middle Aged White Electorate Women in America
. the Huffington Post
. and... Atheists!

thank you very much, here's your hat, good seeing you.