Carolina In My Mind

I come to you tonight to confess that I have not been contributing much as of late. The reason for this lack of activity is due largley to the fact that my internet connection is out of service as we plan and execute an eight hour drive from Florida to North Carolina. This is an important move for me as I have been separated from my children for over four years now, only occasionally talking to them on the phone. This move allows me to be much closer to them and, for the first time in several years, I will get to hold my daughters and son again.

On top of my reuniting with my children the benefits if this move will be numerous. The rent differences are astronomical. For what I can rent in Florida, say a 3 bedroom house, I can rent the same in North Carolina for a couple hundred dollars less. We have been looking at places and it really just boggles the mind. For a 3 bedroom house here we pay 750 a month. Up there we found a four bedroom with well water for 500! This house is twice as nice as the one in which we currently live.

Groceries are another advantage of making the move. Simply put, the cost of living in general is much lower in NC than that of Florida.

The crime is lower, the people are nicer, there are mountains and snow and the drivers don't all take to the roads under the assumption that every commute, no matter how brief should be a proverbial death race. I want to live in a state that has season beyond summer. I can't wait to look back on my time spent here and think to myself how lucky I am to have finally escaped... again.

I have often said that I fully believe that if there is ever a zombie apocalypse that it will begin in Florida. I still stand by this fact.

So here I go once again, rolling the d20 of life. Here's hoping for a critical hit and if I am not here much in the coming weeks and months, I apologize. I have gone to Carolina.

I'm glad to hear that you will be with your kids again. That is so important. It's worth anything you might have to give up in return. People underestimate the father's role in a child's life far too often.

It looks as if you don't and are taking steps to make it right.

Hey, good for you! But I must admit, after living here for the past 1.5 years, I'm rather disenchanted ...lol

Hope to see you around here on the site.

Good for you. I hope you roll natural 20s the whole way. Have a safe trip.

Sounds like moving from Florida is a good thing. The image it has here is not the greatest, it seems sort of brash, I have some relatives there that like it but it has never appealed to me as a potential place to move to in the USA.

Here in the UK we have seasons and whilst I like summer I doubt I would like it all the time.

Also consider that here, (London /Oxford commuting zone) renting an average 3 bed house costs around $1300, and in London / Oxford about 3 times that. I guess the cost of living here is higher.

The greatest thing about the USA IMO is that there is great scenery and such diversity, more choice than there is in the UK.

posted on Mar, 3 2015 @ 07:07 AM
link
Just don't move near the coast. $500 gets you a 2br roach infested single-wide in the middle of the swamp miles away from civilization or even neighbors and milk is $5/gallon.

I really need to move inland...

At least I'm out of the roaches...

Good luck on the move, and congrats on being able to get close to your kids. That's more important than any cost of living.

I have a friend about to make the opposite move and go down to Florida, and I'm gonna miss him. He's getting a 3br house much better and cheaper than the tiny thing he's renting here. I hate the OBX sometimes...
edit on 3-3-2015 by Aldakoopa because: (no reason given)

Now you've gone and made me homesick! The video you posted of Hendersonville--I lived just outside that town for over 20 years. Worked "downtown" for about 8 of those years.

Thanks Kanga. We'll be state neighbors then eh?

I can't wait to see my kids again, its going to be awesome being back in an active father role. I never knew what my purpose was on this planet until I held my first daughter. Its truly hell not having your children near you.

So you live in NC? I honestly can't see myself becoming disenchanted. Ever since I first set foot in North Carolina I felt like I was truly home. I still feel that way. I question my decision to leave in the first place on a daily basis.

Thanks Skid Mark. Here's hoping for a crit.

We're aiming for WNC for sure.

I always have loved calling Carolina home, I can't wait. Thanks.

posted on Mar, 3 2015 @ 01:37 PM
link
'Grew up in the NC Piedmont and later lived in Florida for a few years, so I can totally relate. Enjoy the BBQ, the deep blue starlit nights and the fact that all the radio stations seem to be in a time warp centered around 70's-80's rock music (mostly Styx). Ask somebody what kind of round rubberized black devices they have on their vehicle and see if the answer rhymes with "bars." My sister and I rent a big old house on the OBX every year. It says something that I travel all the way from California for my vacation each year when I could go anywhere.

posted on Mar, 3 2015 @ 02:00 PM
link
I love western NC. I've only been to the mountains once but I love it there. My goal in life is to eventually move around the black mountain area. The coast will always be "home " but I could make the trip by car in a day. Really the problem with the coast is a combination of the ever increasing tourism industry here and more and more people making this place their retirement home, especially those old doctors and such with loads of money. They buy big houses on the waterfront and meanwhile the working class can barely get by thanks to the higher prices we pay for literally everything, because the businesses try to squeeze every last some out of the tourists and retirees, and thus you have this weird mix of wealthy people and poor citizens barely getting by.

It almost looks strange at times to ride through town and see all these nice two story houses with brand new Mustangs and Buicks on the paved driveway, then suddenly in the middle of it all, there's a little old patched up house or a trailer with a rusty old pickup in the muddy driveway and you know that person has lived here their whole life, probably an old independent fisherman who got financially strangled by the ever-increasing restrictions on the fishing industry and the higher tax rate on their property that is now supposedly valued at several thousand times the amount that person makes in a year.

Sorry, I had to rant. I once heard someone say "That's the OBX for you; can't afford to live here, can't afford to leave." Of course, I also heard "We don't have family trees around here, we have family vines".....
edit on 3-3-2015 by Aldakoopa because: (no reason given)

originally posted by: Aldakoopa
Really the problem with the coast is a combination of the ever increasing tourism industry here and more and more people making this place their retirement home, especially those old doctors and such with loads of money. They buy big houses on the waterfront and meanwhile the working class can barely get by thanks to the higher prices we pay for literally everything, because the businesses try to squeeze every last some out of the tourists and retirees, and thus you have this weird mix of wealthy people and poor citizens barely getting by.

What you just described is not limited to the OBX. It's society today -- everywhere. Believe me, I see it in San Francisco on a daily basis, with ever-increasing numbers of panhandlers juxtaposed with cash-drenched hipsters.

Here you go, all the way.

Just had a rough year last year so I'm maybe slightly bitter haha This is my 3rd time living here and normally I do like it.

I'm really stoked for your new and improved situation though and will continue to miss having my ats deathcore buddy around Your metal thread is what prompted me to join after 'spectating' for years!


Welcome back to NC 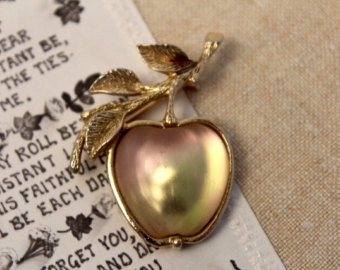 This will be my third time as well, oddly enough. I look forward to this being lucky number three for me.

I will probably be in and out until I get a stable internet connection again. In the meantime, keep my metal thread alive friend Ashirah and thank you for your kind words of encouragement, all of you.