posted on Feb, 18 2015 @ 11:03 PM
link
I guess the one hit wonder money and the DIY reality show money weren't enough to keep up with the Valtrex payments after sleeping with Madonna in the 80's. Seriously, why are you stealing when you have T.V. show money?

If only it had been Freddie Mercury's house-that would have been epic.
Link Link Baby

The Police Department said the robbery occurred sometime between December and February in a home that was going through foreclosure. Items stolen include a pool heater and furniture.

"During the investigation, it was determined Robert Matthew Van Winkle played a role in the burglary and theft. Mr. Van Winkle is currently renovating the residence adjacent to the property in which the items were stolen. A search warrant was obtained and executed in unincorporated Palm Beach County in which several of the stolen items were recovered at a residence under the care and control of Robert Van Winkle," the department said.

The stolen property has "since been returned to its rightful owner."

Vanilla Ice stars on the show "The Vanilla Ice Project" for the DIY Network. On the show, he renovates and then sells houses.

You could go watch the abortion known as COOL AS ICE if you'd like to see white Kanye act in a movie.


What was a surprise was scrolling through the mugshot list and seeing Screech (Saved By The Bell) has been charged for stabbing someone in a bar fight...

As for Vanilla Ice...

Methamphetamine...
Ice is a stimulant drug, which means it speeds up the messages travelling between the brain and the body. It is a type of methamphetamine, which is generally stronger, more addictive and has more harmful side effects than the powder form known as speed.

The Music industry is full of those types...

Although, associating him with the Music industry seems to be overplaying his capability and influence...

originally posted by: abe froman
a reply to: iDope

You could go watch the abortion known as COOL AS ICE if you'd like to see white Kanye act in a movie.

He's been in several movies and shows "Step Brothers" and "That's My Boy" are what I remeber seeing his mugshot from. No surprise he was 18 years old and still a Soph in Highschool then dropped out. But then I saw this list of Hollywood actors that never graduated Highschool, honestly many were shocking.
35 Holywood Dropouts

What a freaking moron - somebody needs to literally get "Word To His Mother" - you raised a damn fool!

Tune in to his latest "reality" show, Wednesday's at 8 pm.

Anyone believes this stuff has been 'had'.

Well Producer Ross Robinson produced this... Give it a listen -

Dang it! I was trying to come up with something similar. LOL!

So he is goin to prison?

That was just awful.

Dang it! I was trying to come up with something similar. LOL!

It just popped in my head when I saw the headline. It's hard not to poke fun at Mr. Van Winkle.

Maybe Vanilla can bunk with Suge Knight in prison.

originally posted by: JHumm
Ice ice baby to go...to go
bye-bye. He is still a wanna be bad guy.

Vanilla Ice is free on bond after being charged with burglary of a $1million mansion and grand theft.

The burglarized residence, which is in foreclosure, is near a home that Van Winkle, 47, was working on for his show on DIY Network, The Vanilla Ice Project, and some of the stolen property was later found at Van Winkle's home, police say.

This as it have been reported he told his work crew he owned the home and sent them over twice to burgle the property.

According to the New York Daily News;

'Cops later interviewed Ice's construction foreman, who said Ice told him he'd bought the property and ordered him to fetch stuff from it, including the pool heater and two bikes, worth about $400.

In the show, Van Winkle and a crew renovate and flip houses.'

Then, earlier this month, a mirrored coffee table and some glass knick-knacks were reported missing from the property.

'It's just out of proportion and I wish you guys would focus on all the good things I've done.
'It'll all get cleared up, you'll see.'


Mug shot for laugh y'all! 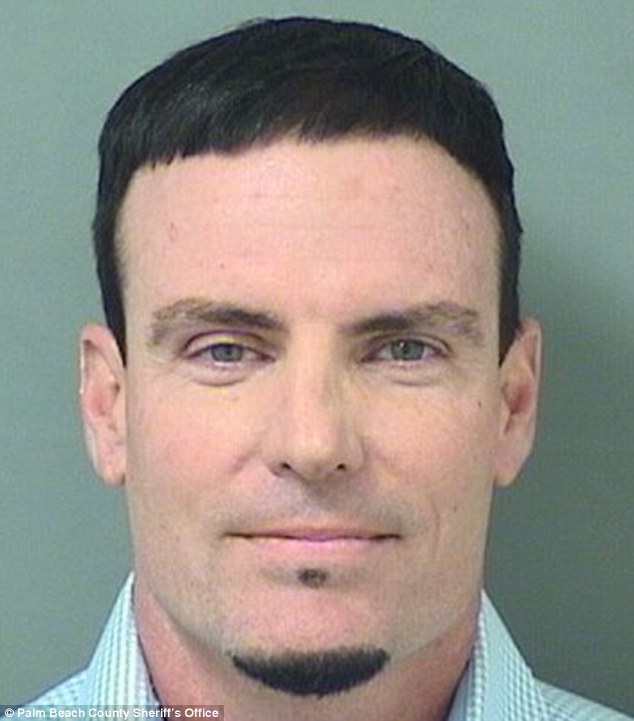 He has done some good though. I don't know if anyone has seen his DIY show Vanilla Ice Goes Amish. He actually spends time in OH Amish country building houses and horse barns and anything else needing to be done for the Amish community using their tools, no power unless they are not strict Amish. (Mennonite I think it's called? I could be wrong so please don't quote me.) He also brings his crew in when they literally had 2 days to build a barn with a storm rolling in. He flew them in on his personal jet. Now personally, I'm not sure how this adds up to grand theft (Up to $10k) if the house was in foreclosure, and I wonder if the owner might be inflating, if the amount of the items he stole were $400 worth.

'Cops later interviewed Ice's construction foreman, who said Ice told him he'd bought the property and ordered him to fetch stuff from it, including the pool heater and two bikes, worth about $400.

I highly doubt the glass table and some "knick knacks" were worth $9,600! Seriously???? Have you lost your dang mind? Yes, have a laugh at his expense, but look at the facts as well and let's be real here. This is a misdemeanor larceny at BEST! Not grand theft!

posted on Feb, 20 2015 @ 01:05 AM
link
Vanilla Ice is now claiming the house was abandoned, and the items were at the curb. Yeah, only his foreman denies that and says Ice told him to GO INSIDE to get the items, specifically get the $3000 pool heater.

Cops have since recovered most of the items, including:

If convicted of home burglary and grand theft, Ice is potentially looking at prison time.


(Seriously? Two chairs valued at $1000? The owners smoke some good drugs!) I can see possibly the home burglary, maybe. Some repo homes, the banks will let you go in and take out whatever is left by the owners, BUT I believe that is only in the case of you BUYING the home. Unless Ice has a deed, the burglary charge will probably stick, and will probably get talked down to a plea deal. He might lose his show, which won't look good for him. I am surprise his foreman is talking against him, as he loses out in this as well, show wise. Unless the guy in the video in the camo-like clothing is not his foreman. On the shows he always introduces him as such, so who knows.