comet lovejoy picture, but whats this?

You can see the tiny stars in front of it so it must be further away and behind those far away stars and it must be massive, is that a nebula?

It could be a nebula. I'm not sure why you are surprised about the size.

This is a picture taken with a telescope, so the nebula (or whatever) is magnified. There are "large" nebulae you can easily see with a moderate telescope/binoculars -- and even with the naked eye, such as the Orion Nebula.

It's got a nice little twist to it, that's for sure. Good find.


and even with the naked eye, such as the nebula in Orion.


And even, when it's really dark out, M31. Much larger than the Orion nebula (but not as bright).
She covers 4º of the sky. That's eight times larger than the Moon.
www.noao.edu...

posted on Feb, 1 2015 @ 10:04 PM
link
I'll take a stab at it. Depending where it was taken from. At that time spiral galaxy NGC925 was in view. And still is. It's not a bright galaxy. It's in constellation Triangulm, about 45 million light years away.

The other galaxy in the vicinity is NGC891. From our view it is a flat disk. With a raised center. About 30 million light years. It's part of the NGH1023 group or local Super Cluster. In the last couple of days it too could be the suspect galaxy in the photo.

Right now from the north eastern United states, C/2014 Lovejoy is between both NGC925 and NGC891.
Great photo OP!

posted on Feb, 2 2015 @ 03:01 AM
link
It's definitely a spiral galaxy, nebulae don't usually have such long spiraling structures.

I've tracked it down using Stellarium and Sky-Map.com

It's a galaxy called PGC 8961 ( Sky-Map link) in the constellation Andromeda. You can see it interacting gravitationally with a smaller galaxy PGC 8970.

Here's a cool photo of both of them: 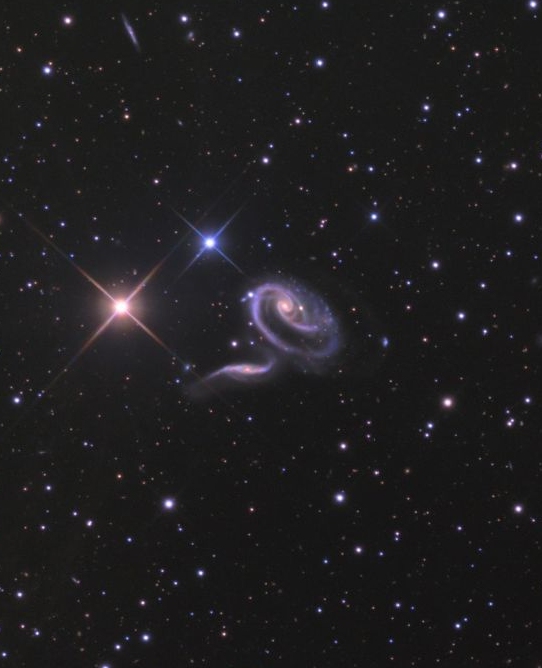 Galaxies appearing in photos of comets is nothing new or incredible, but it does make for great photos

Here's some more info about that pair of galaxies, from cseligman.com...

PGC 8961 and 8970 form an interacting pair of spiral galaxies, also known as Arp 273. Both galaxies are considerably distorted by their interaction, but PGC 8961's spectacular arms and brilliant clouds of hot, bright young stars caused by the interaction are more obvious because it is nearly face-on to our line of sight; while PGC 8970's form is more edge-on, and appears more a chaotic mess than its companion. Based on a recessional velocity of 7565 km/sec, PGC 8961 is about 350 million light years away. Given that and its apparent size of 2.2 by 1.4 arcmin, it is about 225 thousand light years across. This makes it more than twice the diameter and about ten times the volume (and most likely, mass) of our Milky Way galaxy. 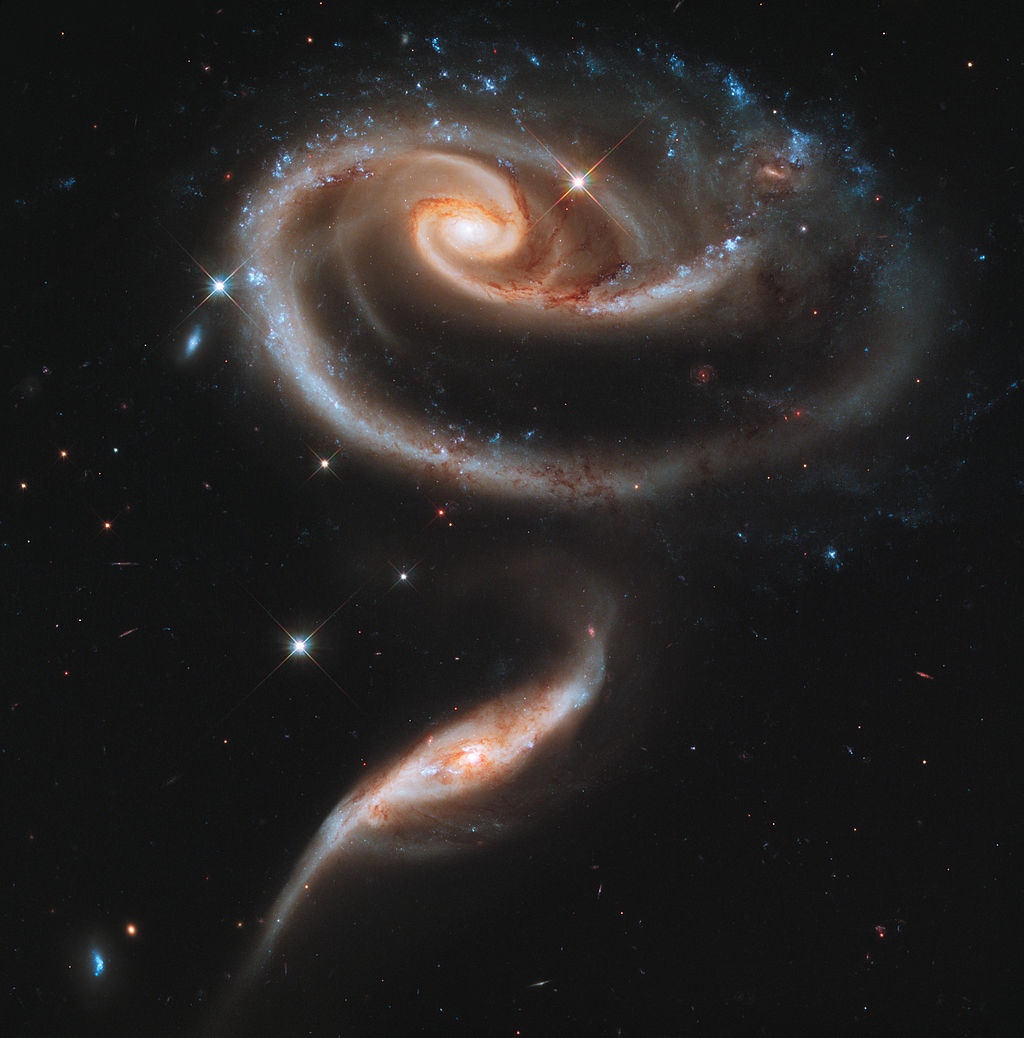 I've tracked it down using Stellarium and Sky-Map.com

It's a galaxy called PGC 8961 ( Sky-Map link) in the constellation Andromeda. You can see it interacting gravitationally with a smaller galaxy PGC 8970.

Here's a cool photo of both of them:

Galaxies appearing in photos of comets is nothing new or incredible, but it does make for great photos

Just kidding. Good work identifying it. And you're absolutely right about such things making for beautiful images. No question about that....

originally posted by: AdmireTheDistance
Good work identifying it. And you're absolutely right about such things making for beautiful images. No question about that....


Thanks, it was quite a task of matching up the stars from photo with stars in Stellarium (the galaxy itself isn't marked there).

This is one gorgeous galaxy! And that Hubble image reveals dozens of even more distant galaxies behind it, some of which are very visibly redshifted.

By the way, the Hubble image isn't exactly true-colour, since they used ultraviolet filter for blue channel, blue filter for green channel, and orange-red filter for red channel. I've gone and re-processed the image to hopefully represent the real colours of the galaxy: 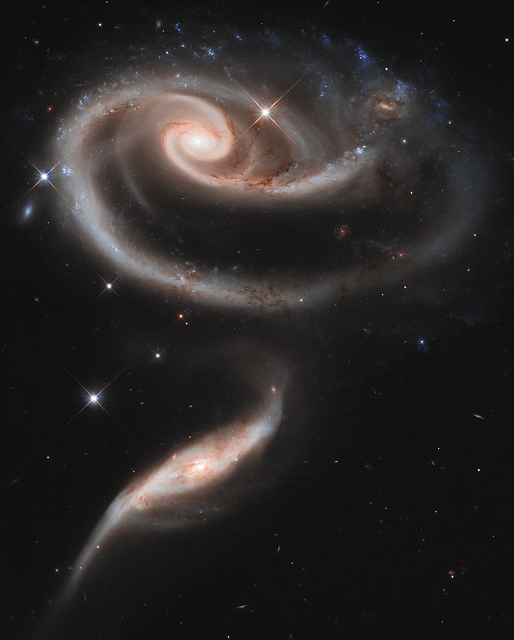 Even better! Thanks for posting that.

Thanks for tracking it down and for those pics!

posted on Feb, 2 2015 @ 10:49 AM
link
I see it's already been tracked down. For future reference OP you can submit any photo like that to astrometry.net to get an instant solution on what it is even if you know nothing about the location of the photo in the sky:
nova.astrometry.net...
Just download the "New FITS file" and open in SAOImageDS9 to get the exact coordinates of whatever it is you want to identify. You can then cross reference with an astronomical database like Simbad.
edit on 2-2-2015 by ngchunter because: (no reason given)