Latin Words Featuring In A Dream.

posted on Feb, 1 2015 @ 05:32 AM
link
I don't remember dreams much these days, but occasionally I have very vivid and strange dreams. Last night was such an occasion.

I dreamt that I was having lots of fun using some strange powers. I was able to levitate and move at speed and other things. There was a very supernatural element to this and upon investigation by other people in my dream it was discovered that where we were was built on an ancient meeting place of witches. In the dream a voice spoke to me,

"This is built on the place of the witches of Tardus".

Now I have never heard of that word before. It is a Latin word and I have never stumbled on it all my years. I did not even know it was a word until I looked it up on the internet this morning. The word is an adjective, which means,

I have had similar dream experiences before. Once I dreamed of a Hag who lived in a cave under the Vatican in Rome. I was happy to meet her, but when I reached up close it was clear I was in the underworld and she was playing with entrails in her hands. I had no idea, but later found out it was a form of Prophesy used in many cultures and was practised in the area that became the Vatican; "Roman haruspicy" it is called and the Greeks did it, too. Some tribal societies also practised it.

To continue with my dream I then went on to meet a beautiful dark haired lady who was like a guide into the next scene of the dream. She then delivered me to Amy Winehouse who was not yet famous and looked very much the way she looked before all the hair and the tattoos. It then became apparent that I was like a ghost to her and not from her time. It was a very highly emotional meeting and she was very freaked out by me being there. I was trying to give her advice. I told her,

"You are going to become very famous. This could go two ways. Either you could let it all be squandered or you can become strong and have a long and successful career. Amy, I have seen what happens to you and I have come here to warn you about it".

I don't very often have such vivid and complex dreams with so much dialogue. This is well out of the ordinary. I know what it means and do not require any help as such to understand the symbolism. In the past I used dreams a lot and also was very interested in Wicca, but I turned myself in to Christ and try and be a good Christian these days.

Please do not say anything horrible about Amy here. That is not what this thread is about even slightly. You will upset me deeply as she is a Jewish sister so to speak.

Really this dream is looking at fate and how often just one glimpse of our future selves presented to us might be enough to sway us from destruction and prevent tragedy. The irony of life and experience; we do not see the wood for the trees. We believe that we are invincible. We often don't see the danger we are in.

I wanted to share this because it is unusual and I think, as Jung did, the unconscious is more than we will ever know and a great mystery. Thank you for reading.

edit on 1-2-2015 by lonesomerimbaud because: video inclusion.

The mystery of synchronicity/"telepathic abilities"/"reading the unknown" and how the third eye works in the unconscious and how everything that exists is connected to each other. . I think I will pass on this one since I do not have the needed sensors to answer this truthfully.

I hope both you and Amy are having a fun time.

Thank you for being the only person to respond, obviously too much of a challenge for members here.

I agree. There is some strange experiences I had with Amy Winehouse. My unconscious seemed to identify on a very deep level with her music and spirit.

I was ill in hospital and a song came floating into my mind. It came right out of nowhere, "To Know Him Is To Love Him". I had heard it often as a child. At that time I did not know that Amy had done a cover of this song which has become one of my favourite performances.

There is lots more I could write about this subject, but unfortunately lack of interest on this thread prevents me from discussing further.


edit on 1-2-2015 by lonesomerimbaud because: rubbish sentence.

One point though I think saying "You and Amy have fun" is very patronising. I am not having fun mourning the loss of a wayward child who died so alone and miserably so early. Just a gifted yet very vulnerable young lady who was bi polar like myself.

I would say try to use your words more carefully if you want to communicate effectively and not appear shallow and patronising. You did not appreciate the sorrowful atmosphere of this thread and made light of it, so I guess you did not understand what I was trying to communicate.

It would have been nice if you had offered a comment on the questions I asked as that was one of the points of me bothering to express myself.

There are a few possibilities: you could have read it somewhere, saw it in a documentary, it came up in a discussion... Maybe you fell asleep in front of your tv and didn't notice how your unconscious sucked it in? It's not a secret, i learned that at school around 5th grade latin, auspex, not witches.
But i love these super-power dreams, once i flew over the forest where my grandma lived when i was little. Beautiful and maybe something our brain provides us with, when we go through a phase of feeling helpless? But that's maybe far fetched, because you didn't say what your emotional status was, when you had that dream.
I won't comment much on Amy, sounds like it is very private.
Just one more thing on prophecies and warning someone: you know the Trojan-story? The fate was inevitable. But sending love, post mortem, or not surely can't hurt. You're one stone in the pyramid of her life and make her immortal by keeping her in your heart. 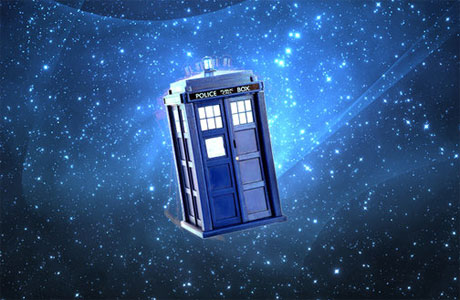 The TARDIS[nb 1][1] (/ˈtɑrdɪs/; Time and Relative Dimension in Space)[nb 2] is a time machine and spacecraft in the British science fiction television programme Doctor Who and its associated spin-offs The Sarah Jane Adventures, Torchwood and more.

A TARDIS is a product of the advanced technology of the Time Lords, an extraterrestrial civilisation to which the programme's central character, the Doctor, belongs. A properly maintained and piloted TARDIS can transport its occupants to any point in time and any place in the universe. The interior of a TARDIS is much larger than its exterior, which can blend in with its surroundings using the ship's "chameleon circuit". TARDISes also possess a degree of sentience (which has been expressed in a variety of ways ranging from implied machine personality and free will through to the use of a conversant avatar) and provide their users with additional tools and abilities including a telepathically based universal translation system.

One point though I think saying "You and Amy have fun" is very patronising. I am not having fun mourning the loss of a wayward child who died so alone and miserably so early. Just a gifted yet very vulnerable young lady who was bi polar like myself.

I would say try to use your words more carefully if you want to communicate effectively and not appear shallow and patronising. You did not appreciate the sorrowful atmosphere of this thread and made light of it, so I guess you did not understand what I was trying to communicate.

It would have been nice if you had offered a comment on the questions I asked as that was one of the points of me bothering to express myself.


It was meant in the spirit of I hope you are having fun wherever you are and that Amy has fun wherever she is.

Maybe you are right that I could word it better. But the negative spin you are creating on these words shows more on how you create negative implications where there is no meant and let yourself miss understand intention of other people from my point of view.

I hope you have a good day.

Namaste
edit on 2-2-2015 by LittleByLittle because: (no reason given)