posted on Jan, 30 2015 @ 09:39 PM
link
Hi all, it seems that Qantas has given a stay of execution to its first 747-400 which had left in December for Victorville California to be stored and eventually probably turned into beer cans. It seems however that commonsense has prevailed and VH-OJA "City of Canberra" will not suffer such an ignominious fate. In a press release that finally clarified what had been an on again off again saga, she will now be gifted to the Historic Aircraft Restoration Society (HARS) for preservation. VH-OJA was the first of 30 odd 747-400's delivered to Qantas in 1989 and on its delivery flight flew non stop from Heathrow to Sydney in a bit over 20 hours. A feat that has still not been matched to this day, and at the time was the longest single non stop flight by a commercial aircraft in history. In fact I have been told by people who were there at the time that the trip was actually accomplished once or twice more before settling down for a more conventional one stop hop on the Kangaroo route. Last time I checked a few months back she had accumulated over 107,000 hours (see if I cant look that up at work for the latest figure) so a retirement is deserved.

Personally for me I have a few connections to this aircraft. I vividly remember the delivery flight in 1989 and the press coverage it received. At the time I was in my late teens and was in the Air Force Cadets, we had a civilian instructor who was a pilot and had been involved in retrieving a number of aircraft from bone yards and getting them flying again such as a couple of Lockheed Neptune's and later a Super Constellation, that mans name is Bob De La Hunty. Today Bob is president of HARS and therefore will become custodian of the aircraft, I haven't seen him for years but I'm sure he is rapped to be getting such an important airframe, certainly it will be by far their biggest! For me watching that delivery flight all those years ago I couldn't have possibly guessed that one day I would work on that very aircraft years later, many times in fact. Whats more a week ago I performed what will be the last ever engine change on her on the #1 engine. I torqued up those front mount bolts for probably the last ever time, damn glad we gave a good coating of anti-seize compound on them!

She will be going into Albion Park airport where HARS has their collection which is about a 10 minute flight from KSA on probably the 12th March, weather permitting. So in a touch of irony, her delivery flight was her longest and her retirement flight will be her shortest. It should make for a very spectacular sight as the airfield is only 1800 m long and one end has the threshold right next to a busy intersection so there may be a few unsuspecting people sitting at the roundabout that day who will need an underwear change as she roars in directly above the road at very low altitude.
Announcement
On again off again
Daily Telegraph article

Here are a few pics I took yesterday morning from the cockpit of an A380 as I was being towed to park beside her in Sydney. Even with a fading paint job she still looks magnificent after over 25 years service. Enjoy. 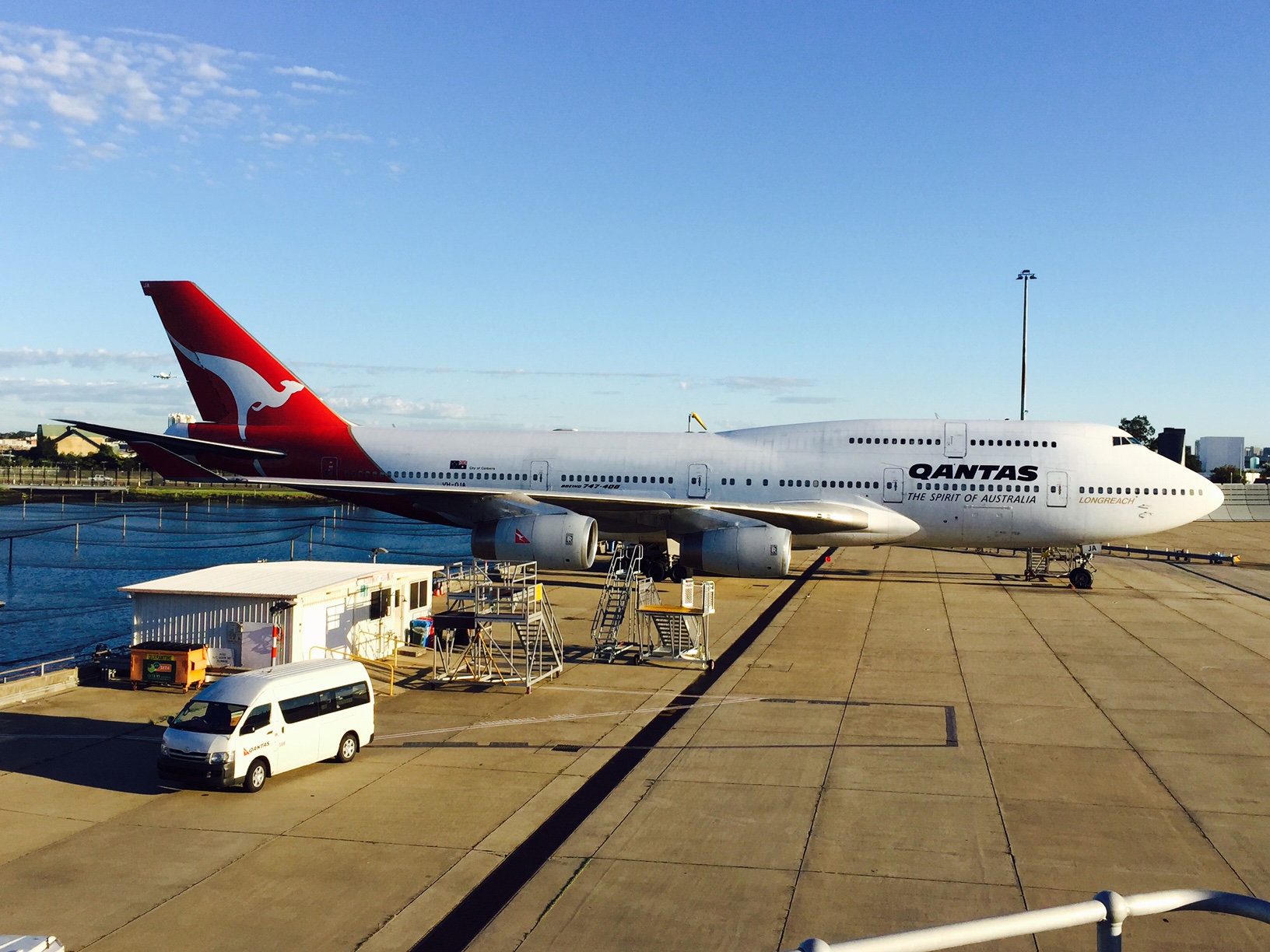 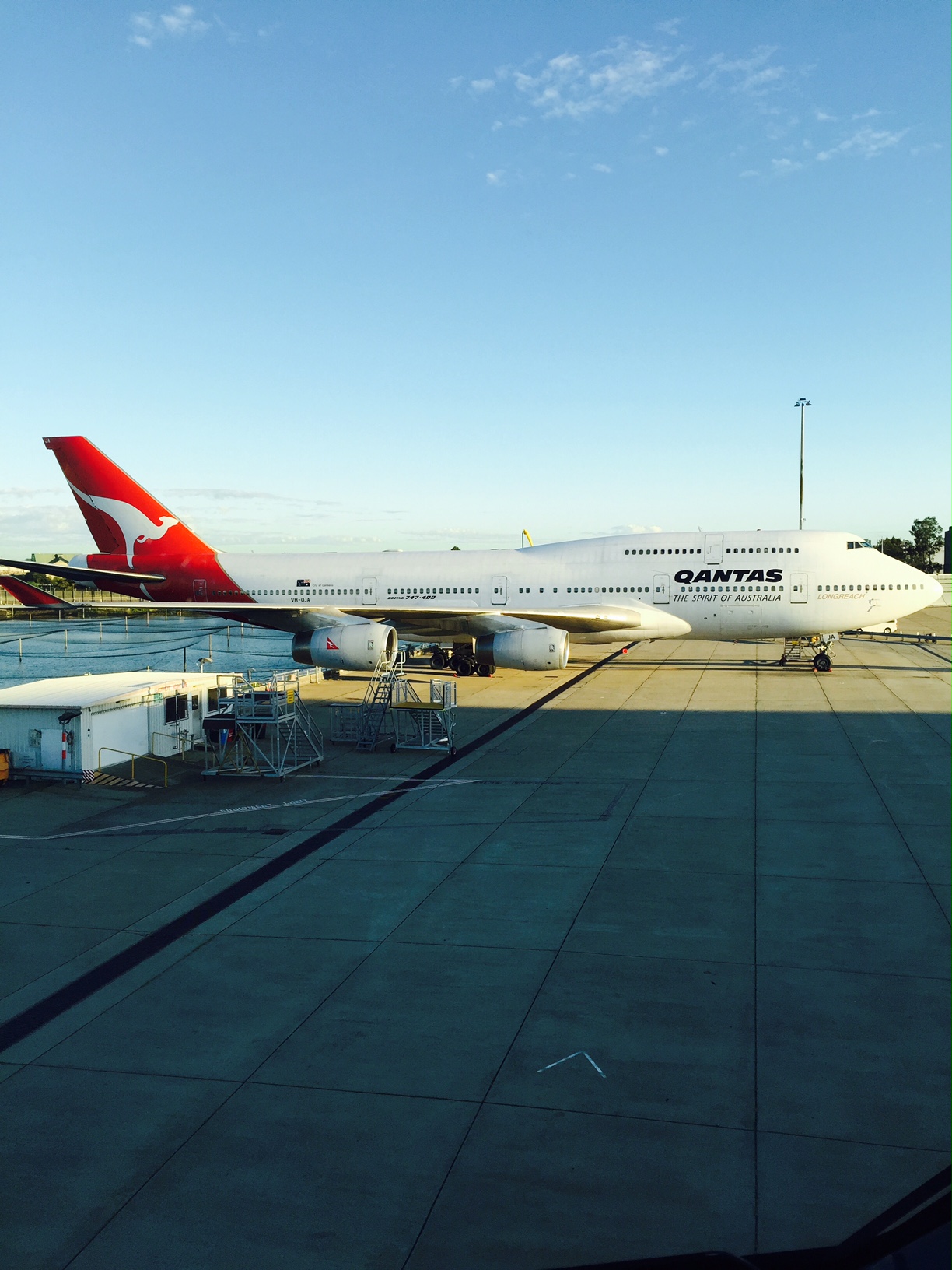 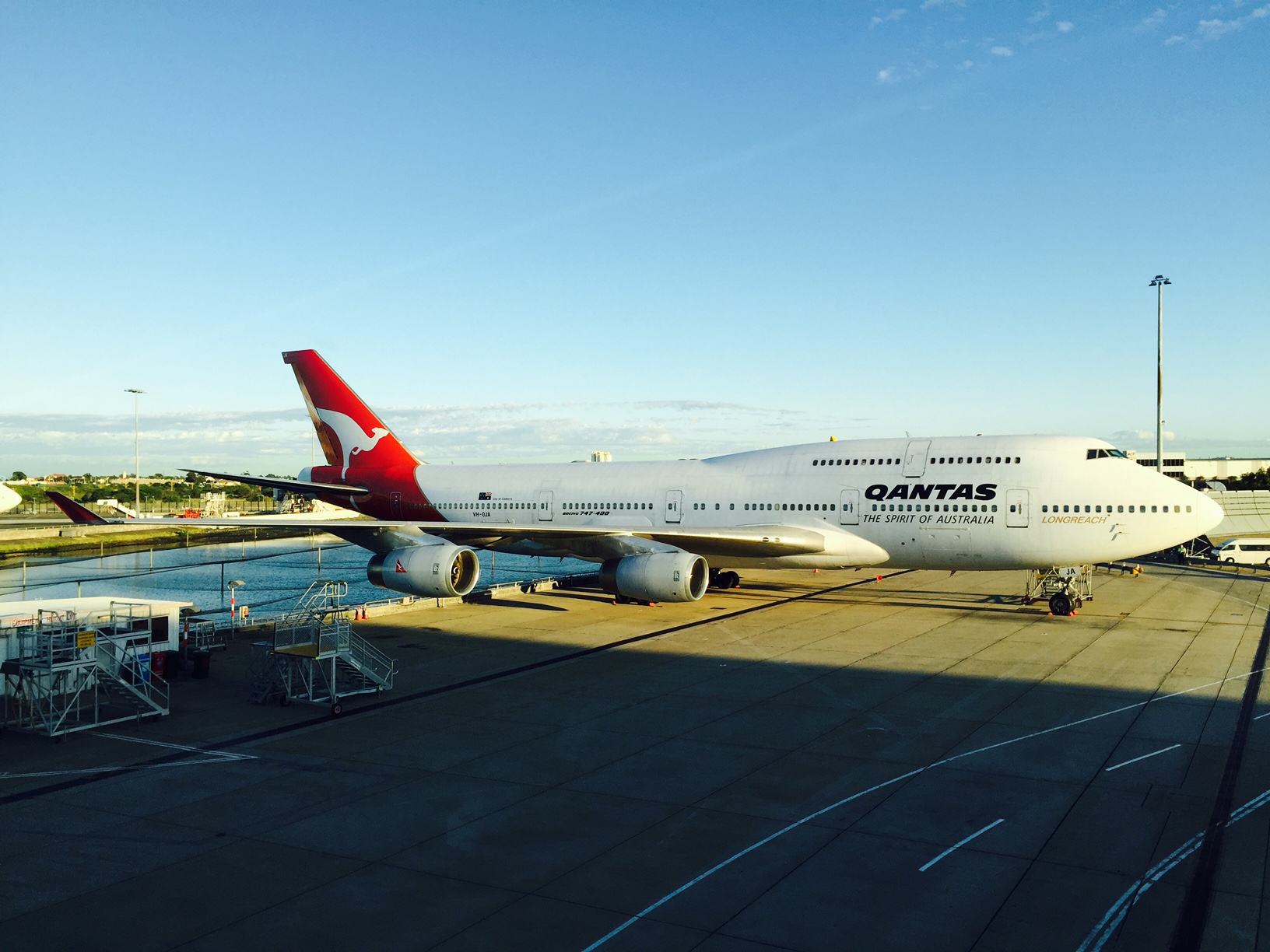 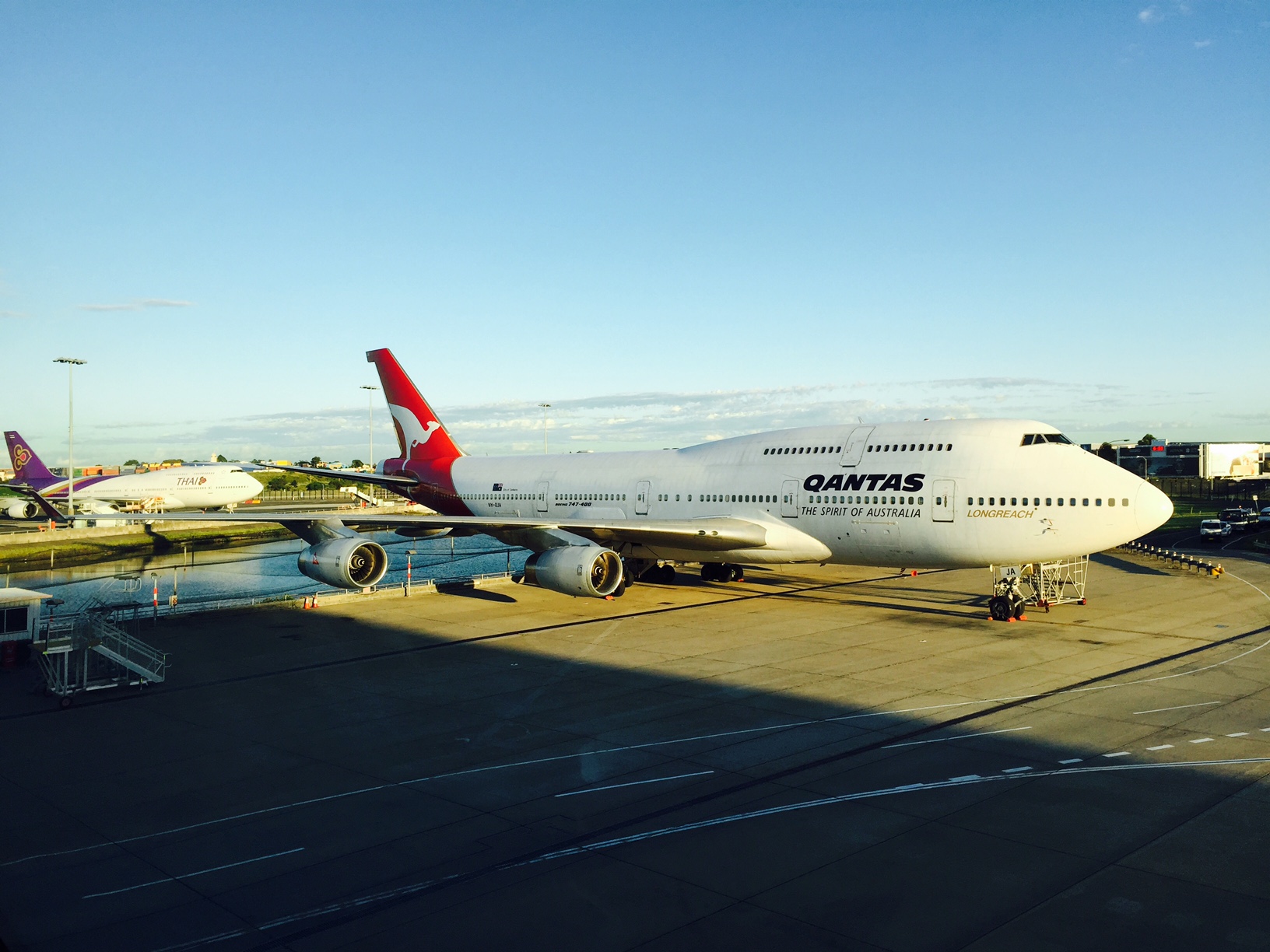 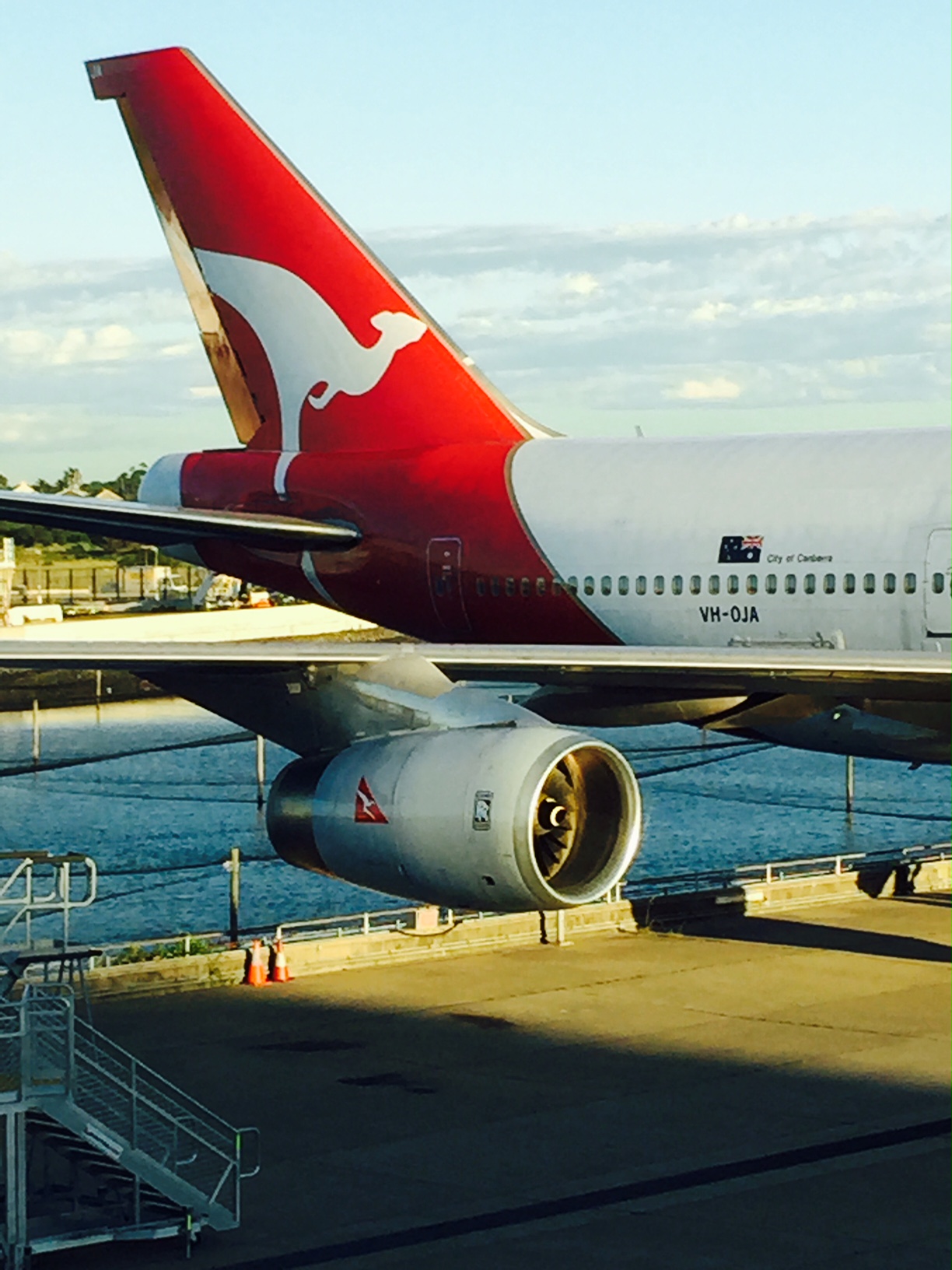 posted on Jan, 30 2015 @ 09:46 PM
link
This has personal meaning to me also, as does Kingsford smith! Thanks for the pics, I can smell the jet fuel from here in the US! I'm so pleased its staying home in a museum. Qantas' Kangaroo route is epic.