A Public Service Announcement: The Tragic Truth of FIMS 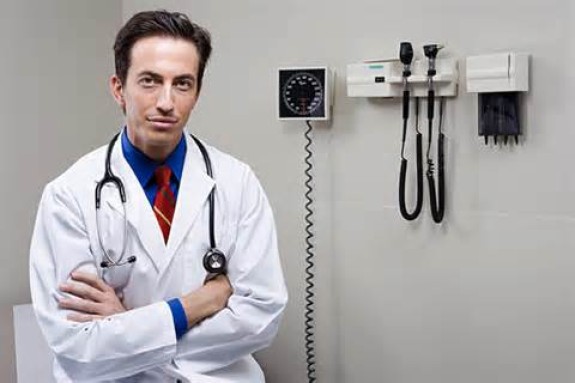 I'm not a doctor, nor do I play one on television. But the above picture combined with the fact that I did once stay at a Holiday Inn Express for a night combine to make me comfortable in assuming that I can discuss this tragic illness without any actual qualifications or legal right to.

Of course I am discussing the horrificly tragic malady known, worldwide as FIMS. A source that I just made up in my head, but can create and link a webpage to, should anyone demand proof, has told me that FIMS is the most contagious and universal disease on the planet. In fact ten out of ten dentists are so afraid of it that they won't even discuss it. Though eight of those ten will give you nitrous oxide, but that is a concept for another thread. In truth, 100% of the worlds population suffers from bouts of FIMS - and many do not even know that they do.

Nobody, including myself is immune.

What is FIMS you ask? Well if you don't already know, chances are that you are a sufferer. FIMS is short for Foot In Mouth Syndrome - which is derived from the Latin Footus Inus Mouthus Syndromus and the symptoms were first chronicled by Plato in reference to the person we consider Patient Zero for FIMS - Caligula.

The symptoms of FIMS can run the range from barely noticable to terrifyingly obvious. If you've ever said anything serious that has been met by groups of others pointing and laughing - you've probably had a bout with FIMS.

The only sure test for FIMS is through the utlization of advanced X-ray technology combined with nuclear medicine. The tests are extremely pricey but worth it to know if one is infected or not. A positive result will appear thusly: 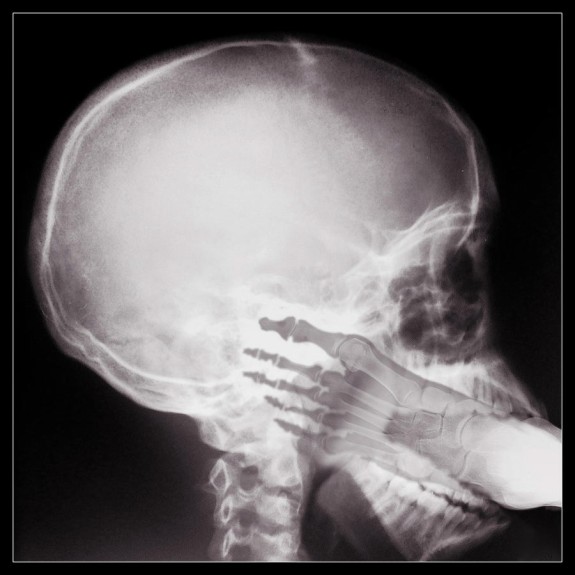 Sadly, there is no known cure for FIMS. For centuries it was believed that joining a Monastary and taking a vow of silence worked as a prophylactic measure - but in 1978 a monk was caught biting his toe nails, thus invalidating this theory. But, fret not. Google and Elon Musk have combined forces with Richard Branson and Bill Gates to form Voltron, Defender of the Univers..... No, wait... wrong article.

Nope - nobody is working on a cure. Well that sucks.

Well... Given what we know... All I am left to do is implore you, people of Earth... understand that we are all sufferers and that it is OK to point at laugh when we see another having a flare-up of FIMS. Of couse do so knowing that karma is keeping score.

This public service has been brought to you by Americans against FIMS, The Oh Crap, Ted Nugent Is Talking Again Foundation, Rush Limbaugh, The letter "C", and the number 42.

Thank you for your time - and please donate to any and all FIMS based charities.

posted on Dec, 27 2014 @ 11:12 PM
link
Sounds similar to FINN's disease. But it is a chronic intermittent disease. Since everyone has it, it is considered normal.

Ah, but some enjoy the view. It's the only one they've ever known and to suggest it's wrong can bring on a screaming tantrum and claims of "I saw it on TV, it must be true!!"

posted on Dec, 28 2014 @ 11:04 AM
link
Don't forget Cranial Proctolosis. That's when a subject has his/her head inserted firmly in the rectum. I have met several of these.

posted on Dec, 28 2014 @ 01:17 PM
link
Perhaps not many people today realise that FIMS is a genetic mutation.
The original form of the syndrome was simply "putting your foot in it", and my understanding was that "it" was a notional cowpat. In other words, it used to be a metaphor about not stepping carefully enough and not watching where your feet were going.
Then a mad scientist in some secret research establishment, reflecting on the fact that "putting your foot in it" was normally the result of something you said, realised that if he spliced together the two genetic strings "opening your mouth" and "putting your foot in it", he would create the absurd (and illogical) image of the foot being placed IN THE MOUTH.
This image has been so successful that it has driven the original image out of circulation, lke bad money driving out good (Gresham's Law), or grey squirrels driving out red squirrels.