Guilt Tripped by a Potato

posted on Dec, 11 2014 @ 01:11 PM
link
I don't like cooking and occasionally (not often, thanks to the local wildlife) there'll be food that sits in the cupboard uneaten. I think I'll get round to cooking it 'later' but then I go off the idea.

Potatoes are usually the items that get left. A nice plate of potatoes sounds like a lovely idea for dinner until I realise that someone - that would be me - will have to cook them first

So it is that potatoes can get left on the bottom shelf of the cupboard, in their wire basket, and largely forgotten about. Well, a particular potato has been overlooked for some time - I noticed a while ago that it was starting to sprout roots and casually thought that I'd better throw it away or plant it. Planting seemed like a good idea, but I never got round to finding that little patch in the forest and dropping in the said potato.

I'd been rooting around in that cupboard a couple of weeks ago and the potato in question had grown even longer roots so I thought 'Must do something about that - I'll chuck it out next time the rubbish needs emptying'. And sort of forgot.

About half an hour ago I fetched something out of the cupboard and noticed the potato again, only now it has tiny little ones attached to its roots.

It's been in that cupboard for months with no water or care and it's managed to somehow thrive and have babies.

I feel guilty as sin - would it have hurt me to dig a hole for it whilst the weather was warm and it was still manageable? What to do now - the ground is hard and cold and there might be a blight. Not to mention - me going out in the cold with a rather scraggly looking potato that might not survive.

Should I buy a large pot and some earth and keep it? It seems like the only fair option but then I'll be stuck with a potato to look after?

If you don't plant it it will kill you in the night....do it now before it is too late!!!.

posted on Dec, 11 2014 @ 01:28 PM
link
wait till you reach back and find one that has been there even longer and when you go to grab it your fingers go right through it.
you know, when it is the consistency of a zinger or something.
thats always fab.

Get some peat moss and a wider than deep pot and bury the whole thing with a little bit of green showing. You can thank me later.

Sun and lots of water are all thats required now.

posted on Dec, 11 2014 @ 04:24 PM
link
Thank you for all the suggestions - it's heart warming to know that people from all over the World have taken an interest in a lowly potato

I'll definitely do something to improve conditions for it although it's tricky to get the stuff it needs. Now I'm just worrying that I'm in a race against time, although it's done pretty well up to now without me.

Keep us posted on how it's doing! I made a tree from an avocado pit.

originally posted by: Night Star
a reply to: berenike

Keep us posted on how it's doing! I made a tree from an avocado pit.

how big of a tree?
we talking bonzai or redwood size?
an avacado pit is not that much buildable material

I'd like to see pictures of the mutant potato.

Something similar happened at my house, we were supposed to plant it but never got around to it. I don't know what ever happened to the poor potato. Now it's going to haunt me forever!

Good luck with yours

I bought a digital camera about 4 years ago and made a complete fool of myself on here trying to get some advice on how to make it work. As it turned out it was faulty and had to be returned. Plus, I'm an eejit.

A few of months ago I treated myself to a tablet and pootled about with it for a couple of hours, found out it wouldn't read PDFs (which is what I wanted it for) and put it back in its box.

In response for your request for a picture I've just hoicked it out of the box and found that it won't switch on. Could the battery be dead? I wondered. Perhaps I'll just charge it.

AND - I can't believe this - the bloody plug won't fit into the wall socket. Fair enough, I'll see if I can charge it from the computer. Nope - it's dead as a dodo.

I bet this is the work of the potato. It doesn't want people to know how it looks like, so they won't suspect a thing when it escapes from your home and goes to haunt another poor soul's house.

Here's how I imagine it: 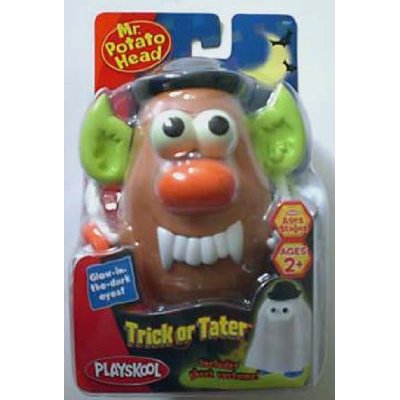 You may have a point - it could explain some of the weird noises emanating from my kitchen.

I think I know what to do - I'll get hold of one of these little guys: 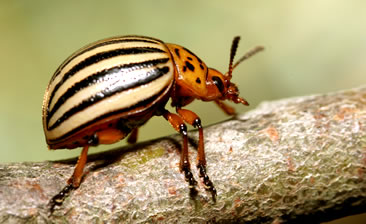