posted on Dec, 9 2014 @ 08:56 AM
link
Spanish archaeologists unearthed an intact sarcophagus during restoration work at the tomb of Amenhotep Huy (tomb TT40) in the Qurnet Murai Necropolis, part of the greater Theban Necropolis on the west bank of the Nile river containing the tombs of several New Kingdom officials.

From Ancient Origins (via Obscuragator): 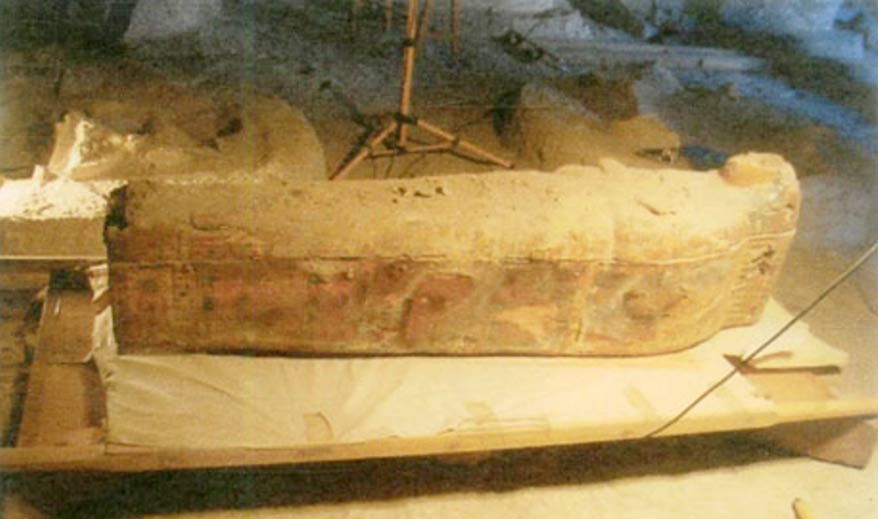 The coffin is carved from wood and covered with plaster, which is painted with scenes depicting different ancient Egyptian gods, including Thoth, Anubis, Osiris, Isis, and the four sons of Horus. Inside, the mummy is wrapped in linen and the face is covered with a mask. There is also a religious necklace found on the chest and a wig decorated with a flower crown on the head.


Abdel Hakim Karrar antiquities director general in Upper Egypt, told Ahram Online that hieroglyphic text engraved on the sarcophagus identifies the mummy as “Amun’s singer”. This suggests the mummy may be female as it was women that usually held the role of singer within temples, while men played instruments in rituals held outside the temple. 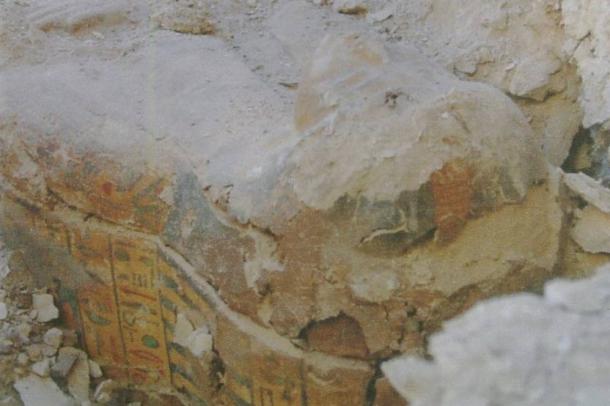 Another view of the sarcophagus. Image Credit: Ahram Online

In the Egyptian Pantheon, Amun (aka Amon) was a self-created wind deity who was merged with the Sun god Ra, becoming Amun-Ra (or Amon-Ra), king of the gods, principal deity of the New Kingdom.

The sarcophagus is described as being typical of the style of the 21st Dynasty which would put it several hundred years after the time of Amenhotep Huy and it's not clear from any of the articles I've read if the sarcophagus was located in the tomb and if so, how it came to be there.

Earlier this year, another Amun temple singer, Tjayasetimu, was the subject of an exhibition at the British Museum. The sarcophagus containing the mummy of the young girl — estimated to have been between 7 and 9 — was brought to the museum in 1888 but remained in storage in a vault until the 1970's. Tjayasetimu and her sarcophagus were bought from an antiquities dealer and the location of the tomb in which she was found is unknown.
edit on 2014-12-9 by theantediluvian because: (no reason given)

posted on Dec, 9 2014 @ 09:19 AM
link
Very interesting. It is great that these things are found every now and then. I always wonder if any treasure is "officially found" when they find these things. I am sure that some souvenirs of the dig are taken home by the archeologists and not mentioned. I'll rub your back, you rub mine.

Even if that were the case, the alternative is much worse. Until fairly recent times, museum artifacts were largely obtained from unscrupulous dealers who in turned purchased them from looters who destroy not only physical objects but the context of the artifacts (assuming the artifacts they purchased weren't forgeries!).

posted on Dec, 14 2014 @ 06:12 AM
link
Always amazed when things like this come to light. Archeology is something I would love to get involved in, but It would be a long path.
So much is still buried out in the sands. A huge find I feel is just around the corner, what that is I don't know.