Mark Plotkin: What the people of the Amazon know that you don’t (title)

posted on Dec, 5 2014 @ 08:56 AM
link
This video is a TED talk about the Amazon and it's non contacted Indian tribes.. Their medicine, their lives and their extinction.. The video did not leave me with a warm fuzzy feeling but it really is worth a watch IMO.

What I know that the uncontacted people of the Amazon don't.

Seriously though, I've seen this talk, and it falls short, like so many do, which is why I stopped watching them. I wanted to like these things when they came out, I mean, I -really- wanted to like them, because I was seeing them as bite-sized nuggets of real information for people without much advanced formal schooling that could help them understand more complex thoughts. Kind of like mini-lectures, you know?

They are just full of so much invention and (perhaps unintentional) dishonesty to keep things short that they keep the message by omitting factual information, or they are just fluff pieces to make us feel good.

Excellent! S&F. I am busy right now but I sure bookmarked this video as well the website it came from. Thanks.

Our world is destroying the world. Deforestation and mining screen captures from the video. 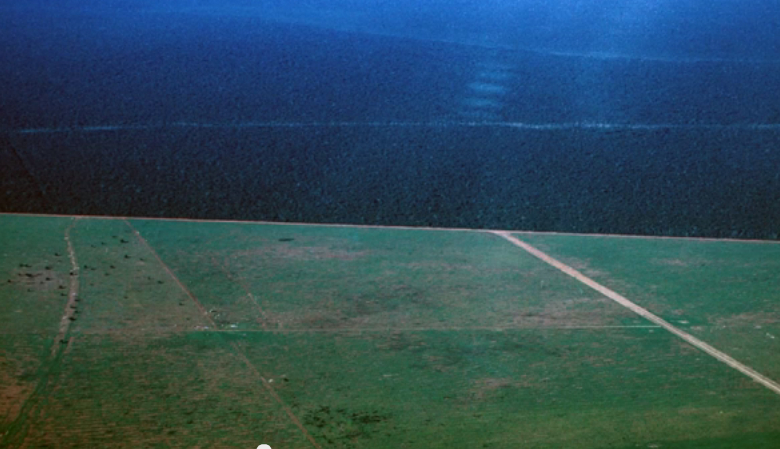 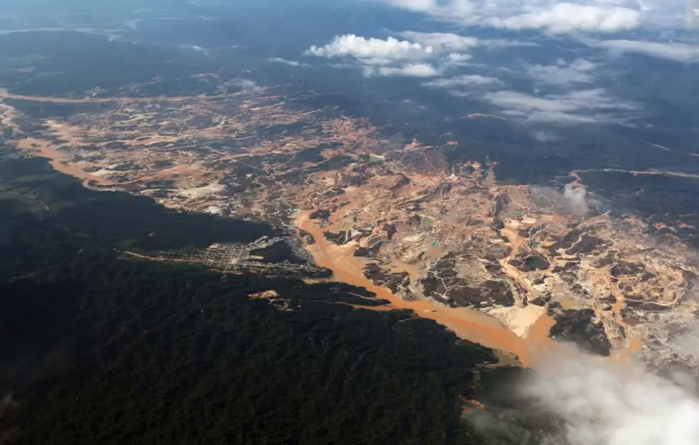 Chemtrails and melting ice aren't the cause of this. They are the distraction.

Why does it fall short? What was he dishonest about? I think that your response reinforces what he was saying about the western world. We are too busy playing word games, instead of seeing the truth behind the speakers message.
I believe ted talks are meant to be more inspirational than educational, probably because the average westerner has the attention span of a flea.

If you think for a minute that big pharm doesn't know about most of the cures available in the Amazon then think again. It is much more profitable to slow a progression to a full recovery than it is to apply a one our two time ultimate solution. Plus it is great for big pharm when medications have meds that have side effects that require another medication too resolve. Its business. It's not about human life or suffering. Its not about sustainability. Its not about morality. Its about profitability and as long as that is in the equation we will never see cues for cancer and other diseases.

Case in point, the CDC announced that this year's flu shot is not effective and doctors are urged to prescribe two drugs to their patients instead. Now the cost of the flu is increased. The cost of the shot (which some people already got) and the flu prescriptions which are the only way to combat the flu this year. Granted not everyone will need a prescription but those who are considered high risk will need them. Big pharm doesn't care. As long as money comes in and I am willing to bet that those flu prescriptions cost more than the shot.

originally posted by: jaws1975
a reply to: AgentShillington

Why does it fall short? What was he dishonest about? I think that your response reinforces what he was saying about the western world. We are too busy playing word games, instead of seeing the truth behind the speakers message.
I believe ted talks are meant to be more inspirational than educational, probably because the average westerner has the attention span of a flea.


He is dishonest in the entire premise!

If these are uncontacted cultures, how can he even begin to discuss what they know about the plants around them? We don't have any contact with them. This all sounds good, but it's garbage. He goes on to evidence that claim with stories of anecdotal intrigue that aren't backed up by western science, which is the source of western medicine, which he admits is the most advanced in the world.

He is being an dishonest by claiming that this "isolated tribes" are some kind of "endangered species" which makes them some an "other" in need of protecting instead of autonomous humans incapable of making their own decisions if given the information and resources available from the rest of human understanding.

"Brazil's biggest infrastructure project -- the $11 billion Belo Monte dam -- is also its most controversial, and one showcased at the international summit on June 20-22 in Rio de Janeiro held 20 years after the Earth Summit. "


- Wonder how many natives are already slaughtered there by modern guns etc to make room for their plans, i know they natives are fighting for their living lands.