These disturbing Christian ‘educational’ cartoons may shock you

Despite being mostly ignored by the mainstream media, Accelerated Christian Education (ACE) has been something of a force for over 40 years. It began in Texas in 1970, and currently claims to have 6,000 schools in 140 countries. Because these schools are private, and the workbooks they use are only published internally, most people have no idea what is taught. You won’t find ACE books in public libraries, so they effectively are able to operate without scrutiny. This is a problem when ACE schools are the beneficiaries of various voucher programs in the U.S. and even the U.K.

ACE schools do not have teachers in the traditional sense. Instead, students sit in individual cubicles, completing workbooks (PACEs) separately and in silence. PACEs are full of outrageous untruths and embarrassing multiple-choice questions. It’s important not to overlook one of ACE’s main propaganda tools, the cartoon strips that pepper each PACE. Looking at them, it turns out much of the content is repugnant not only to non-believers, but to most mainstream Christians as well.

Now for some of these cartoons:

Oh, in this world, black kids and white kids, don't go to the same schools: 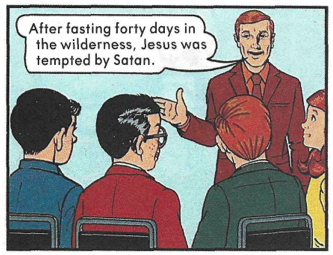 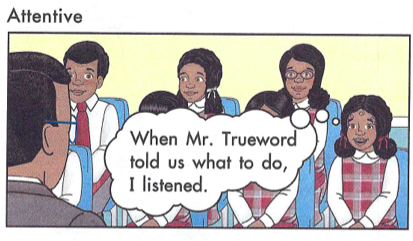 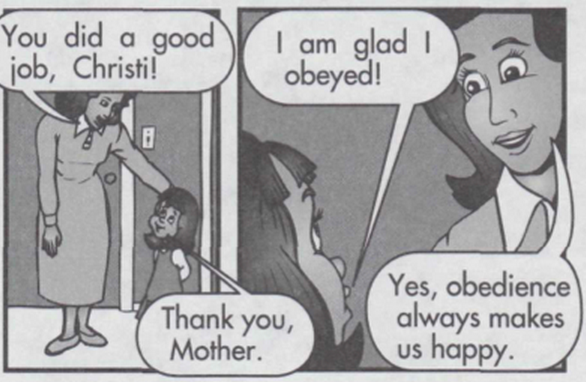 This one is probably the most ridiculous however. 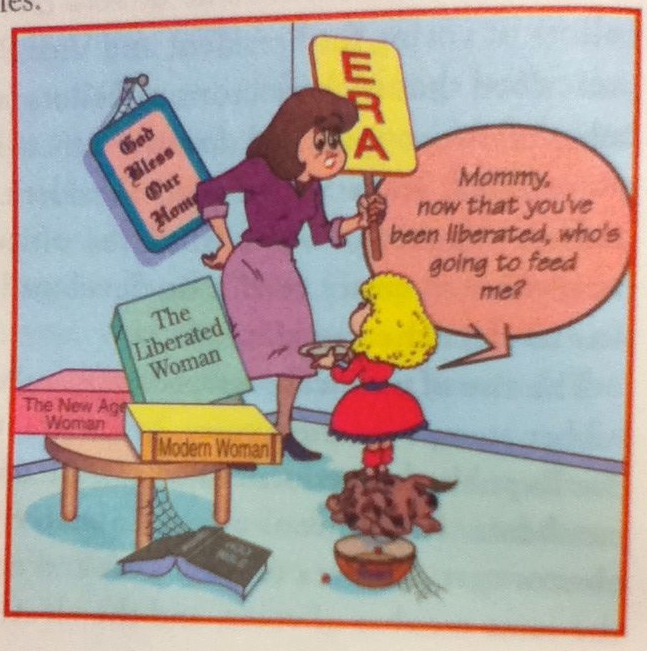 So what shocks me about this is not the material, so much as that this place is considered a school? With 6000 schools in 140 countries?

Are there really that many kids who are being brainwashed by these charlatans?

This question needs to be answered!!! HOW is it working...what does it do now??

check out the man's expression as he says you reap what you sow, that's one cold motherf@#ker

So personally i find these hilarious, because i'm an adult.
but in all seriousness everything about this is bad, this is how you create fanaticism. This is how you end up with racists, with men that beat their wives and women that try to cure their children with faith healing.
How can something like this even be legal??
edit on 5/12/2014 by IShotMyLastMuse because: i made a typo. or maybe jesus took the wheel and tried to mess with me. we will never know


Oh god the "obedience makes us happy" how cold i have missed that one, for real i will pay money if someone can get me all those comics!
edit on 5/12/2014 by IShotMyLastMuse because: (no reason given)

I had not seen that 2nd one, damn. That is a cold statement eh?

And this is being taught to children...in 140 countries.

No wonder I have been always such a rebel, I have been taught the wrong things...talking about damaging kids from the get go, horrible such teachings are still allowed.

posted on Dec, 5 2014 @ 07:41 AM
link
That black and white cartoon is terrifying. That girl sounds like a robot when she says "I am glad I obeyed." No one talks like that.

posted on Dec, 5 2014 @ 07:48 AM
link
Could there be a bigger elephant in the room ? Common Core may actually be but like so many ways we have of trying to teach our children we seem to be loosing the battle .This vid on Common Core is worth a listen to .Skip tp the 2 min. mark .

Ans: Tell your fat slob of a father get his ass off the couch and teach you how to make a sandwich .

originally posted by: Krazysh0t
That black and white cartoon is terrifying. That girl sounds like a robot when she says "I am glad I obeyed." No one talks like that.

I can think of an example, though fiction...Theon Greyjoy after being tortured and having his manparts removed? I take it 'Reek' is what these insane fascist parents want to make their children into.

peskyhumans
+34 more
posted on Dec, 5 2014 @ 08:20 AM
link
I admit the comics are dumb and could probably be better worded, but I agree with the message they are trying to convey.

You don't want your kids to be obedient and listen to you? I wholeheartedly disagree with the liberal mindset that you need to reason with your kids over every punishment you give them, explaining why you don't want them to do something, every single time. As human beings we live in a social hierarchy. "Because I told you so" is a perfectly valid argument for a parent, and if your kids still don't listen after that, you are justified in spanking them, or giving them a time out, or confiscating their game console.

Not that you shouldn't explain some things some times, but as a parent you have authority and your kids need to be able to listen when you tell then "No!" with no further justification. To be honest, if a parent can't do this, they are a bad parent, IMO. Good parents have authority and discipline their children. I can say with certainty that because my parents disciplined me when I was a child, I was made a better person for it. I never did drugs, have never been arrested, and have a college education - thanks to my family.

The women's rights thing - also agree. The women's rights movement has long since lost focus. I agree women should have voting rights, they should be able to work jobs if they want to, but I still believe in traditional family where mom keeps the home and raises the kids while dad pays the bills and puts bread on the table. It's a more natural, happy home in my opinion, than when both mom and dad works and are too exhausted to bother with their kids when they come home from school. A family with kids used to be able to live comfortably with just dad working, because one income paid enough for the whole family. Not anymore, and I resent the economy we have now that forces more moms into the workforce to earn an income alongside dad.

But I also think single women should be able to support themselves, and have the same employ-ability as men. It's the strength of family that I am concerned about here, and I think that's the message that the comic was trying to convey, not that women shouldn't have rights. I think the traditional family is something we are losing in the United States, and we are worse off for it. Growing up without mom at home to watch you and take care of you seriously screws you up as an individual.

These cartoons aren't just teaching kids to be obedient to their parents. They are teaching them to unquestionably respect authority. There is a BIG difference between those two things.
edit on 5-12-2014 by Krazysh0t because: (no reason given)

26"Look at the birds of the air, that they do not sow, nor reap nor gather into barns, and yet your heavenly Father feeds them. Are you not worth much more than they?

I have seen people who live and breath these kind of "ideals" first hand and believe me when I say the reality is MUCH more scary than the cartoons that portray it. I was disowned by a large part of my family at a rather young age because I had enough common sense to question what I was being taught and speak out when it didn't sit right in my head. That's how these circles of influence work, very cult like and they value "religion" above all else, even family.

For me personally, this isn't that far off from the radical islamist mindset and while the violence may be absent in extreme Christians, the lifestyle and "religion" consumes them wholly and completely until there is nothing left but a shell of a person parroting the brainwashing they have received their entire lives. It's both scary and quite sad.

I have found that children who grow up in these types of circles have to want to get out of them on their own. In other words, complacency is a very common human trait and some people are happy to slip into it because it's the easy thing to do even if they know something is amiss and it takes a strong person to question beliefs they have been force fed by loved ones and family for the entirety of their life so not many people do it, instead...... They are just obedient.

You can have strong and healthy faith and beliefs that project positivity and happiness both inward and outward without becoming extreme, intolerant and demanding everyone around you believe and act in the same way. For me, that is not what faith and religion are for and why I abandoned that lifestyle and mindset long ago when it did not agree with how I felt inside and reflected what kind of person I wanted to be.

posted on Dec, 5 2014 @ 08:46 AM
link
a reply to: tothetenthpower
Oh how i wish I would have kept a lot of this kind of stuff from my days as a Christian teacher. What you've posted here hardly scratches the surface.


Are there really that many kids who are being brainwashed by these charlatans?


Yes. In ways you can't imagine. Reading Chick tracts will give you a taste of what gets taught. Some of those tracts are actually used in Sunday school classes in more fundamentalist churches.
Chick Tracts
edit on 12/5/2014 by Klassified because: add link

posted on Dec, 5 2014 @ 08:59 AM
link
a reply to: tothetenthpower
Right out of Goebbels handbook .. just substitute der fueher for Jesus and the reich for the bible and you can see where it leads ..

Shouldn't it be the other way around then since Christians have been doing it longer?

Ah Chick Tracks! I remember those. Or the equivalent our church had. I honestly don't know if they were the same ones or not. Either way they were little rectangular booklets we could stock up on and hand to people if we wanted. I don't ever remember there being any pressure to do so.

It seems I got lucky with my experience in Christianity. A simple small community baptist church with normal non aggressive members. I have no bad memories. Only good ones full of potlucks, positive youth ministries, and passionate music. Our church had one of the best drummers I've ever heard (and I listen to rock/metal).

If you think this is outrageous, you need to fully grasp the impact from the last 250 years of activity by Western Europeans.

The big picture looks even worse.

You know, people talk about how scary it is that Islam is being "spread" throughout the world... But the Christians are doing the same thing. Maybe not with the same tactics, but clearly, their goal is to spread their cultish form of Christianity through the world.

Instead of using conversion and conquest, these sly "Christians" are getting to the children. Get to them before they grow up and start thinking for themselves... Brainwash our most vulnerable by secluding them with cartoons and programming them, not to think, but to repeat by rote... The best way to spread any propaganda is to seduce a captive audience.

posted on Dec, 5 2014 @ 09:28 AM
link
a reply to: WakeUpBeer
Most Baptists I've met are pretty good folks, as a whole. Few of them are aggressive, or out to proselytize you. They're more laid back. Not too many of them use Chick tracts, because they're more fundamentalist than most Baptists care to be. Still, the Sunday school classroom is about the same as the OP. Baptists do believe in a literal hell fire as well, if I remember right. You would probably know that better than I, though.

Haha..., Archie and his friends were religious kids.