Santa is a corporate shill

I wrote this thread in the hope of exposing a corporate criminal, a con man that has played the masses like a flute and continues to evade questions about his dubious business practices.

Be on the look out for this man:

That's right, Santa Claus-the ultimate cult of personality. He is in every window display, food court, TV advertisement, brochure-not to mention the rest. But his presence is not the only thing that draws people to him, he often distributes sagely fiscal advice to people who are not sure what to do with their money.

It turns out that his sagely financial advice is not unfounded-Santa has ties to the most profitable retailers on the planet. Coincidence? I think not. Santa knows how to play ball, and he has used his innocent persona to avoid scrutiny as he exploits the weaknesses of the consumer. But what really makes Santa such a shrewd businessman is that he's not afraid to ride on the coattails of another and steal their ideas and their thunder.

Sadly there has been one very prominent victim in Santas monopolization, someone who is the embodiment of Christmas and represents it's true meaning, but has been stifled and obscured for many years.

And we all know who that is: 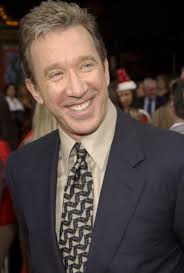 Sorry, that is not the guy-That is most definitely not the guy. I was taking about this man 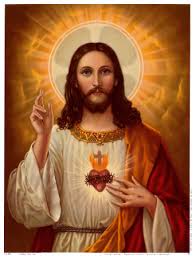 That man is Jesus Christ, who happened to be born on Christmas day. Isn't that uncanny?

But instead of celebrating the birth of one of the most influential men in history, people will gather around the Christmas tree as kids thank Santa for their presents as Jesus and their parents wallets weep. And if you still aren't convinced that Santa doesn't have a stranglehold on the holiday season, here is a shameless plug for Santas' 'for her' range of products.

There you have it. Santa is nothing more then a profiteer that has lead to the moral and fiscal decline of the household, and if we are to counter his ever growing influence we must remember that material gifts is not what brings people together.

That man is Jesus Christ, who happened to be born on Christmas day. Isn't that uncanny?

I love the way that Macy's organized a big huge massive parade 90 years ago on Thanksgiving day in 1924. All those WWI veterans and their children braving the cold November to see the pretty floats. Still reeling psychologically from the stresses of that "Rich Mans War". Come in from the cold said Macy. Come in and warm up. And there was Santa, waiting with his pudgy lap for all the children to come and sit and tell Santa what they wanted while the parents watched on and the sales men waited. What a freekin scam.

posted on Dec, 4 2014 @ 03:40 PM
link
a reply to: Thecakeisalie
Meanwhile my neighbor works vigorously to get his Christmas Lights and Candy Canes set up on his lawn next door neglecting to take care of his leaves that eventually blow into my yard.