ANONYMOUS CeaseFire on #OpKKK Re: Ferguson

page: 1
25
<<   2  3  4 >>
log in
join
share:
AnonSocialNetwork
+5 more
posted on Nov, 26 2014 @ 05:26 PM
link
DISCLAIMER: This is a reproduction of our previous thread, now in line with ATS T&C. The previous thread was banhammered in line with T&C protocols. We have had dialog with SkepticOverlord and he has voiced his concerns regarding terminology relating to personal involvement where illegal activity or hacking are discussed.
Regardless of what Anonymous or our members here at ASN may or may be involved in, in this capacity ASN are journalistic and only journalistic in nature, nothing more. The term "we" will only be used in relation ASN and never in relation to Anonymous and their activities as a whole.
We at ASN thankyou for your patience and please post accordingly regarding the above


Our goal is to protect the protesters of Ferguson, and our fellow Anonymous from possible harm. Through our efforts Frank has agreed to step back, and let the protests continue unabated. He has given his word, and in response we have given ours. Anonymous will ceasefire on TAK KKK and Frank’s associates provided he stays true to his word.

As of the 24th Nov, Anonymous has called for a ceasefire on Operation KKK ahead of planned protests in Ferguson, and a further 120 locations throughout the U.S.

This decision was announced after an Anonymous member 'unmasked' himself to have a one to one chat with Frank Ancona, the Grand Wizard of the Traditionalist American Knights of the Ku Klux Klan.

Frank Ancona assured there would be no violence used against the Ferguson protesters or Anon 'members' from the TAK/KKK.
Anonymous have now agreed to stop all action against the TAK/KKK for the time being; stating that they (Anon) will be watching their activities closely, should they fail to keep their word.

As the 'No Indictment' decision against Darren Wilson hit social media, Anonymous attacked every Ferguson govt/FPD website, internet comms and systems were down. Some sites have now imployed CloudFlare Ddos protection to redirect traffic and limit disruption to their servers. More action will be planned; but details will not yet be released for obvious reasons. 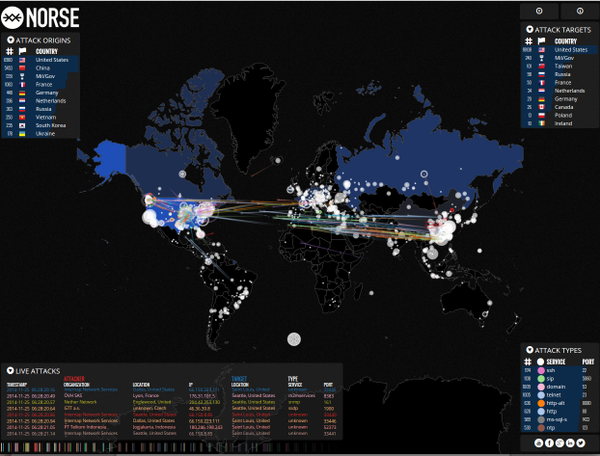 
So the whole Darren Wilson connection was just a troll? Or is that still "forthcoming"?


To be 100% honest they don't know, they are still trying to verify the claims themselves. But if true, they will release it. It was stated that a 'friend' and associate of Darren Wilson was willing to obtain information regarding his ties to the KKK, and Frank Ancona in particular. It transpired that the associate actually had ties to his girlfriend, Ferguson Police Officer Barbara Spradling. The details were apparently received but not released, due to an email from the provider, pleading not to release the information given. Anon are still trying to verify these claims for ourselves as a whole.


i would think annon at least could use their mad skills to do some actual good.

'Good' is a very relative term friend, a matter of opinion. There are many Anonymous agendas as we are so varied in our nature.

Would you consider any of these actions 'good' ? You cannot tarnish every Anon with the same brush friend.


i just fail to see how taking down a website helps save dolphins or how anything in that vid makes people warm..


They don't just 'take down websites, we propagate information relating to these causes. 100s of people have taken part in OpSafeWinter, feeding and giving clothes/blankets to the homeless, or just giving them a voice is enough to say you did something. This doesn't sound like positive action to you?


what did this whole anon vs kkk ferguson situation accomplish?

That the KKK didn't add to the already growing tensions felt in Ferguson.


Hang on! Anonymous are now supporting the evil uncaring rioters who are destroying Ferguson cos breaking into shops, burning other peoples property and destroying their livelihoods is fun? I knew Anonymous was anti-society, but this takes the biscuit.


Well atleast the KKK dude came to the conclusion that MSM twists everything and creates fear, im glad an agreement has been made and hopefully it turns tensions & fear down a few notches.


We don't condone illegal activity, such as hacking. We allow coverage of it, but not boasting that one has done it. This thread is closed upon further clarifications.

Now with that in mind, please continue discussion in accordance with ATS T&C. Thankyou

SnF from me ASN. I have learned a lot from ASN recently. I had no idea about OpSafeWinter that is freaking awesome and I swell with pride knowing that there are operations like this being enacted by Anon. Good on ya.

posted on Nov, 26 2014 @ 05:42 PM
link
I hope you can work with Ats to maintain an impartial take on this and keep members updated with the workings of the group.

I am not saying I agree with the groups actions but find it benificial to have updates as to the workings from someone in the know.

I look forward to this.

ASN will be ensure that our future posts are in line with T&C. We are here to clarify certain aspects of Anonymous that are either misread, misinformed, or reported in such a fragmentary manner that it is hard to quantify the whole.

What is your Mission Statement?

If a clear goal isn't the focus, all of the "little actions" will amass into distant memory over time I am afraid like Media.

Can I ask how many other forums you have chosen to keep updated on the actions of the group please?

If you feed the homeless and get arrested, though you are a good person, you are just a person. You become a statistic. If you feed the homeless under the guise of Anon, you represent an ideology. Your record of arrest alone will carry the symbol of Anon, solidarity with your counterparts legitimizing your actions as greater than the sum of their parts.

That is why we are Legion, and why you cannot arrest an idea...

Say hi to Effexor for me. And my favorite sesame street character.

Really happy to say OP is not a fig.

Also very, very happy that ATS has allowed you to stick around!

When the looters are flying your flag (faux mask) what are we (me, myself and Irene) suposed to think?
Pay attention to the looter anonymous member get his vodka from a hard night of pillaging.

It's a sad day when this site's Admin are sanctioning the use of the site by what can only be described as the Mafia of the Internet.

They are lowering the tone of this site to that of a torrent search engine.

Glad to have your endorsement brother.

And yes the request for StarBucks e-Gift cards may seem hypocritical when you look at other targets of operation, but you know how we operate, and that's not what OpFerguson is about.

We personally would have gone with pizza...

You havn't been reading. It's a journalistic, report only account. The mafia? hardly.

All it takes for one to be anonymous is for one to say they are anonymous. IP obfuscation helps, but a lot of folks don't even do that.

I think it was a great day for ATS when they decided to allow ASN to stick around and play. T&C's are still being enforced, obviously. So turn that frown upside down.

Our tone here on ATS is nothing more than concise and polite. Yours however is negative.

Weather or not you agree with freedom of speech or freedom of education is up to you, however our presence here is up to us and the site owners. Sorry to belittle your protest, but you are posting on a website promoting varied ideologies adding to the zeitgeist of humanity.

Can you appreciate the irony of your concern?

posted on Nov, 26 2014 @ 07:06 PM
link
Throughout history, all revolutionaries, no matter what form they take, or what they do, have been looked upon as criminals by government and citizenry alike. America's founders were lawbreakers, traitors, and terrorists, by today's standards. It's no surprise that nothing has changed, and we again find ourselves marginalizing anyone who takes a stand against the establishment. Criticizing and questioning every move they make.

Well, city hall doesn't offer permits for revolution of any kind, and our government isn't going to be singing the praises of any group that goes against the grain, and calls them on their crap. On top of that, the majority of the citizens of this country will join in the media groupthink, and wish for the heads of the revolutionaries on a platter.

IF Anon is a group of legitimate "revolutionaries", I tip my hat to them, because they have taken on a completely thankless job, and they'll never know from which direction the next "Agent Smith" will come.

But are you going at the right people?

let me point you in the right direction

Tony blair rapes his own daughter

the only way of waking people up is if you show them the truth on how the elite families politicians church and freemasonry is really a front for the lowest forms of life on our planet, you are not going to be able to get the document on Murdoch as the guy is too scared to release it but you may find stuff now you know where to look.

I love the sensationalist headline "Looters Knockout Fox News reporter & Camera man". Yeah, the live feed got knocked out, not the reporter, or camera man.

But yes, anyone can put on a mask, and steal some vodka. It is good you understand that

As for Anonymous the group, they will always be tarnished with the actions of AnoMYNous.

AnoMYNous are a copy-cat group that are just out to make us look bad...

Point is, Anonymous members do not endorse those that put on masks and steal vodka.


Thankyou for your valid contribution to the thread

And that will be your (anonymous) down fall If you can't control the ones that fly your flag(faux mask). And this hole its not us its them thing is a misnomer, how do you know it wasn't, with your hole anonymity status. Prove that it wasn't an anonymous agent looting in the vid. That is a open ended because I know their is no way you can or can't.

If we stated that the dates of earthquakes were put into the football scores a week before the quakes, we would have maybe 2 members, and if we were lucky, up to 10 supporters. And considering there are up to 50 earthquakes a day on average worldwide, at its peak nearly 23,000 a year, I'm sure it's not that hard to find a correlation?

As for the other things you mention, we may do, if they exist.

can we ask, exactly what do you do with regards to these pressing agendas?
edit on 26 11 2014 by AnonSocialNetwork because: Edited to add quote