posted on Nov, 7 2014 @ 07:34 PM
link
I found this while looking at links for another thread...actually, it's pretty interesting (even considering the source).
I did a ATS search but couldn't find a thread here already posted for this story...but please forgive me if I missed it.

At any rate, take a look...I'm sure someone here can tell whether the ghost figure in the window of the burning house is photo-shopped or not.
Hopefully my yt link works...if not, can someone post it for us?

A firefighter may have captured proof of the paranormal after he took some photos of a burning house. When he posted the images on his Facebook page, his wife noticed a strange shadowy figure engulfed in flames in one of the windows of the home.

Firefighter Douglas Tipold was called to a house fire in Gary, Indiana and when he arrived he took some photos of the property. As Tipold was waiting for his partners to unravel a hose he snapped a few shots of the burning house with the camera on his cell phone to document the scene. Later that night Tipold's wife Donna noticed something strange in one of the photos after he posted it to his Facebook page.

"This is a photo taken from my husband's camera phone. He doesn't know how to photo crop. I only believed it when I looked it up myself on his phone. The picture you see is exactly how the picture was taken. I still don't believe in this stuff, but I will say it is pretty creepy!" Donna Tipold said in a comment on Facebook.

What exactly is the eerie figure in the photo? Is it a hoax? Could it actually be a shadow figure or a ghost? Sound off with opinions in the comment section below.

posted on Nov, 7 2014 @ 07:49 PM
link
Spooky looking for sure, but would likely be paredolia. I can see spooky shapes in the flames at the other window and in the doorway too. Not as well defined as the "man", but they are there.

They didn't mention any history with the house, but I'm curious to know if there is an reason to think a ghost would be there.

Thanks for posting - I love seeing interesting pics like this!

Looks like the "Examiner" is peddling hoax stories. The image was taken with a phone. Both Android and Apple phones have ghost apps that insert fake ghosts onto images.

posted on Nov, 7 2014 @ 08:11 PM
link
A little more from researching this story:
Here is a paranormal investigation in the burned-out house I think a month or so after the fire.
Some interesting spirit box responses.

I am going with Bones on this one.. 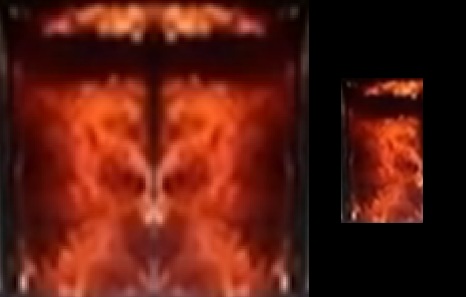 posted on Nov, 7 2014 @ 08:37 PM
link
Its easy to walk almost any video though until you find a frame that matches something in your subconscious.

Green day played with Pareidolia in their video "Boulevard of broken dreams" .

Same desert allegory we enjoy on ATS with lots of subliminal video cuts.


Looks like Green Day might have been named after Green as in "On this green stood F Block"?
edit on 7-11-2014 by Cauliflower because: (no reason given) 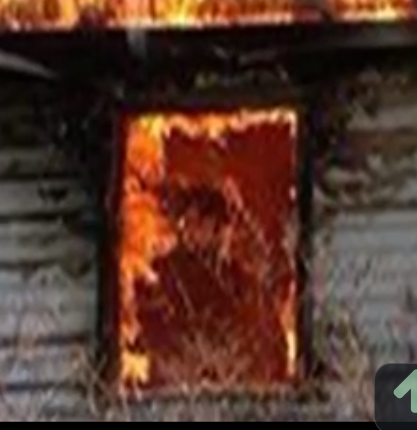 Waiting for the ATS detectives…
edit on 7-11-2014 by intrptr because: spelling

posted on Nov, 7 2014 @ 08:55 PM
link
At about 4:15 into this paranormal group's investigation of the ruins of the house, they get a series of awesome responses on the spirit box.
Among other seemingly-intelligent responses, it mentions spirits and Satan.
www.youtube.com...

crap..if you had a shutter speed that continued until the fire was extinguished you may have seen an image of unicorn, a dragon, an elephant etc.....it just happen to catch a familiar shape that our eyes picked up on...like looking at clouds...

I understand the concept of pareidolia...and it is certainly a very possible explanation.

Apparently, there has also been some professional photographic analysis done on the image...and photo-manipulation was ruled out.

Apparently, there has also been some professional photographic analysis done on the image…and photo-manipulation was ruled out.

I'd love to read that analysis if you have a link…

There was no professional analysis. Only this from the article:

Looks like a chick in a bikini to me :/

originally posted by: intrptr
Well, whatever it is, here it is. Someone should be able to match that app…

Waiting for the ATS detectives…

Could you or someone else please use Paint or something and put some circles around the things I'm supposed to see? I see the man figure, but no other faces or bug-eyed things.

Question in general: If a house with a ghost in it burns down, will the ghost pass on? (assuming they exist) Or will it remain wandering the premise?