page: 1
24
log in
join
share:
theantediluvian
+3 more
posted on Oct, 17 2014 @ 03:35 PM
link
The mysterious fires that plagued the village of Canneto di Caronia in 2004 have returned. For those unfamiliar with these events, here's an excerpt from a NYT article in 2004:

There are many ways for evil to arrive but perhaps only one way to get rid of it: exorcism.

That about sums up the collective psyche of this stone-filled village perched above the sea after a series of puzzling electrical shorts, unexplained fires and smoky outbursts that struck in nine houses, displacing 17 families.

Fuse boxes then blew in houses all along the Via Mare. Air-conditioners erupted even when unplugged. Fires started spontaneously. Kitchen appliances went up in smoke. A roomful of wedding gifts was crisped. Computers jammed. Cellphones rang when no one was calling, and electronic door locks in empty cars went demonically up and down.

The story has been covered on a number of paranormal/mysterious subject shows, I believe most recently on an episode of the Science Channel's The Unexplained Files from season 1 (2013). Theories ranged from the demonic to aliens to methane released by volcanic activity two miles below the Earth's surface.

The fires have returned. From Mysterious Universe (access via Obscuragator here for additional sources):

And now the spontaneous combustions are back again and increasing in frequency. Starting in late summer 2014, residents reported unexplained fires in furniture, stacks of folded clothes and a car. As a result, the poor citizens of Canneto di Caronia have been evacuated again while firefighters put out blazes and look again for causes.

This time, suggestions include UFOs, a Tesla-type Magnifying Transmitter, ghosts or evil spirits or even a troubled young person who is pyrokinetic. Sicily’s council member for health and safety Vittorio Alfieri thinks the cause is “an entity” that transfers “from one house to another.”

When I first heard about the fires, I liked the idea of methane or another flammable gas but that of course wouldn't explain the electromagnetic effects!

It seems odd that the events are happening again a decade later. I also admit that a person being pyrokinetic both interests and terrifies me. Thanks for sharing this though, I'd never heard of the events from 2004. It'll be interesting to see if they come up with any other theories.

It seems odd that the events are happening again a decade later. I also admit that a person being pyrokinetic both interests and terrifies me. Thanks for sharing this though, I'd never heard of the events from 2004. It'll be interesting to see if they come up with any other theories.

Pyrokinesis would be interesting and scary, but it seems the prevailing hypothesis among residents (who are largely Catholic) is some sort of demonic activity which I'm sure is a hell of a lot more horrifying!

I'm sure somebody is working to correlate volcanic and seismic activity with the resurgence but I've yet to read anything about it.

posted on Oct, 17 2014 @ 03:58 PM
link
Microwave radiation would explain most activity - jammed electronics, garage doors opening and closing. Perhaps there is a weather radar station nearby, and the signal gets reflected by thick cloud.

The spontaneous fires could be caused by nails and other metal parts in the furniture being heated or sparking.

I think that's a really interesting idea — that the fires themselves could have an electromagnetic cause — and it ties everything together neatly. It also has the benefit of being easy to test.

Like Soobaz, I'd never heard of these incidents in 2004. I have heard of spontaneous combustion, but never read too deeply into it.

Regardless, I appreciate your sharing of this news article and phenomenon. In my mind, I like to think it is caused by something more paranormal than scientific, but knowing our world there's probably a logical explanation for it out there - we just haven't found it yet.

I might put my money on some sort of Tesla-inspired invention of some sort. He was all about harnessing electricity, wasn't he? I wonder if a government would secretly test a weapon like this on an unsuspecting community?

I recommend watching that "The Unexplained Files" episode if you can.
Fires were happening even with the power turned off at the power station ! They think it's either the Devil, the military testing weapons or..UFO's

Saw it. I'm a paranormal junky

posted on Oct, 17 2014 @ 06:06 PM
link
Some time ago, in the UK, there was a farmer who had problems with all his light bulbs popping and mains fusebox tripping. He started keeping a diary of when these happened. Strangely enough, it always happened 9 to 5. He reported it to the electricity board and kept complaining. Next thing he knew, he was being asked to register with the police station each day. Turns out there were military tests for EMP survivability going on nearby.

This story is so bizarre! I've heard of spontaneous human combustion but never spontaneous combustion of random objects. It's also very odd that the phenomenon seems to come and go through out the years. 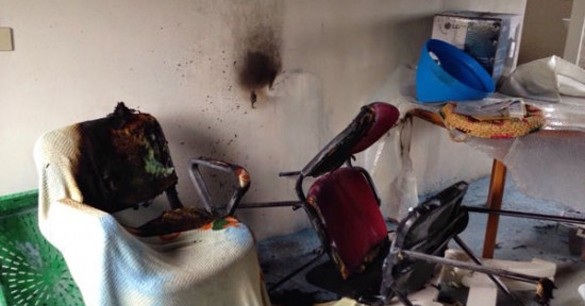 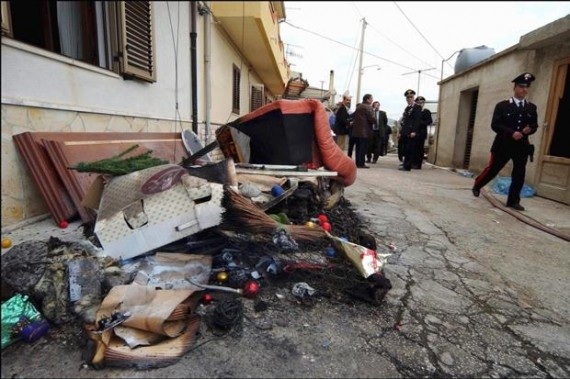 A little off topic but still relevant...I've always thought it strange that Nikola Tesla's grand-niece died from spontaneous human combustion. Spooky stuff.
edit on 18-10-2014 by Jennyfrenzy because: eta

posted on Oct, 18 2014 @ 09:53 AM
link
This is a true Fortian Event and thank whatever for them... fascinating and not easily explained when you really delve into it.. .the people there are not all idiots, after all.

The devil is low on my list of suspects... while the case for military testing is high on it... but strange, bodiless entities who can manipulate em fields do seem to exist and would be a handy culprit while not really answering the "whys" of it... so military testing it IS... think really big microwave oven.

ETA OR a pyromaniac special forces guy with an invisible camo suit?
edit on 10/18/2014 by Baddogma because: add

I thought season one was way better than season two. I still enjoy the show, but Freaky Fires and Blood rain and the Morgellon episode were far and away the best if you ask me.

It's definitely a modern mystery with substance — in contrast to the dubious youtube fare with their blurry images and questionable sources!

posted on Oct, 18 2014 @ 11:23 AM
link
As I recall from the information I saw about the 10 year old incident, when investigators started getting close to a cause, the government pulled all files and investigators. The government KNOWS but they don't want anyone else to. They need independent science investigators that aren't influenced by government policies. I believe there is an answer.

And probably an answer that doesn't involve demons or anything. It'd be interesting to know if they are also running some tests there and if so why it's starting again.