Does this pyramid still exist?

Yesterday I was watching a documentary about Napoleon.

When Napoleon concurred Egypt, he got cut off when England destroyed his fleet and got stuck in Egypt.
Napoleon had along with his army scientists, artists en scholars.
Fortunately they used the time to document some of Egyptians marvels.

So they showed this drawing among other, a Pyramid with an obelisk on top. 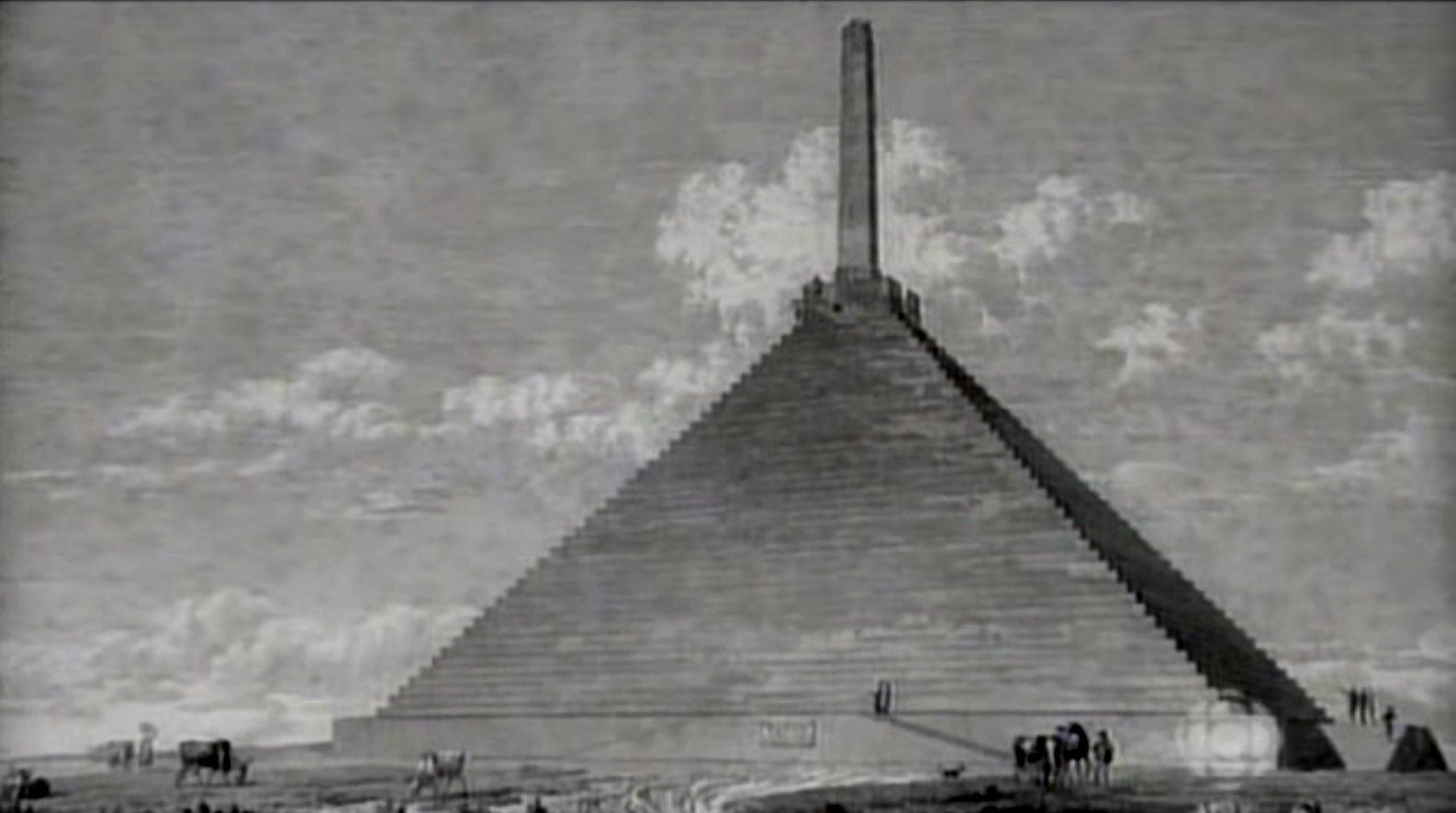 I never did see this one before, does it still exist?

posted on Oct, 12 2014 @ 12:04 PM
link
Google image searching that it appears to be the High Pyramid to the August French Emperor Napoleon I.

By far, the most impressive monument was a massive pyramid in the Camp of Utrecht. Under the direction of General Marmont, the camp's soldiers built it to the "glory of the Emperor and to the triumphs of our armies." When completed, each side reached 150 feet high, and an obelisk 60 feet tall topped the pyramid. The four walls of the structure were composed of earth covered by sod, and bore a stone plaque with an inscription.

The engraving makes it look like something much more than it is (was? I haven't found a current picture) — namely, a stone step pyramid. Here's an image from a postcard that I located one this page:

Found it. It's known as the Pyramid of Austerlitz. Here it is at Atlas Obscura. Here's a recent picture: 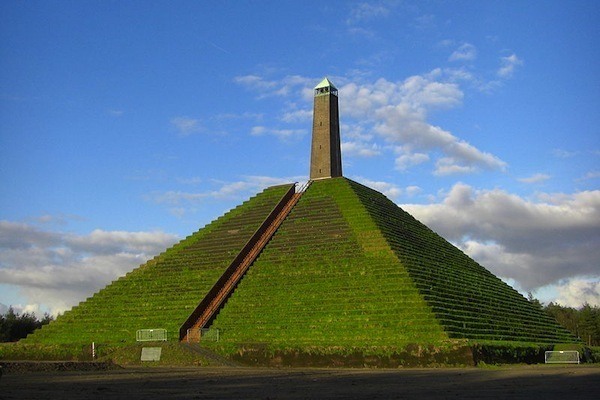 Just a few years after its construction, the name was changed to commemorate Napoleon's victory in the 1806 Battle of Austerlitz.
The original pyramid, which was made of earth and sand terraces in just 27 days, didn't survive very long, quickly eroded by unforgiving weather conditions. The original needle atop the hill was made of wood, but met the same end as the original earthen construction, strong winds and rain quickly demolishing the obelisk. Finally, a stone spire was constructed, but initial efforts to keep the man-made hill in good repair were met with continual setbacks, and the pyramid fell into disrepair for much of the 20th century.
Luckily, in the early 2000's restoration of the monument began, and the current pyramid is composed of lush grass-covered steps leading up to the crowning obelisk. While the structure is still quite delicate, thanks to the placement of a metal framework visitors can actually climb the central staircase up to the obelisk.

That's an illustration, not a photograph. I didn't watch the video — did they mention anything more about this obelisk-topped pyramid?

Tnx! Your link explained it all.

That's funny, it is in my country! That was the surprise of the day for me!

Edit: You are quick! Tnx mate!

Looks nice! I should visit one day

No problem, happy to help!

If I lived within a few hours of it, I'd definitely go take a look!