All who have some astrology knowledge would be rofl-ing right now, but let me explain for the rest:

Libra energy represent the point of equilibrium in a cycle and a dividing point between yin and yang, between light and darkness, good and evil, and so on. The sun right now is in the exact point of that equilibrium between this two extremes. Here we start with the "coincidences". The moon right now is full, which always happens in the middle of its cycle(waxing-full-weaning-new). But that by itself is not extraordinary. It can statistically happen, yet the fact that according to another motion of the moon... not the previews which was about its own synodic day, but of the movement of the moon in the Zodiac, the moon is the middle of Aries which balances it own energies. And what is balance? Libra is balance! And where is the Sun - yes in the middle of Libra! Either it is rigged either is a conspiracy of the Universe! In both ways we look like fools

And just to add... the moon, sun, mars and jupiter are aspecting three trines and two sextiles which by itself is a pretty sacred fugure called Kite: 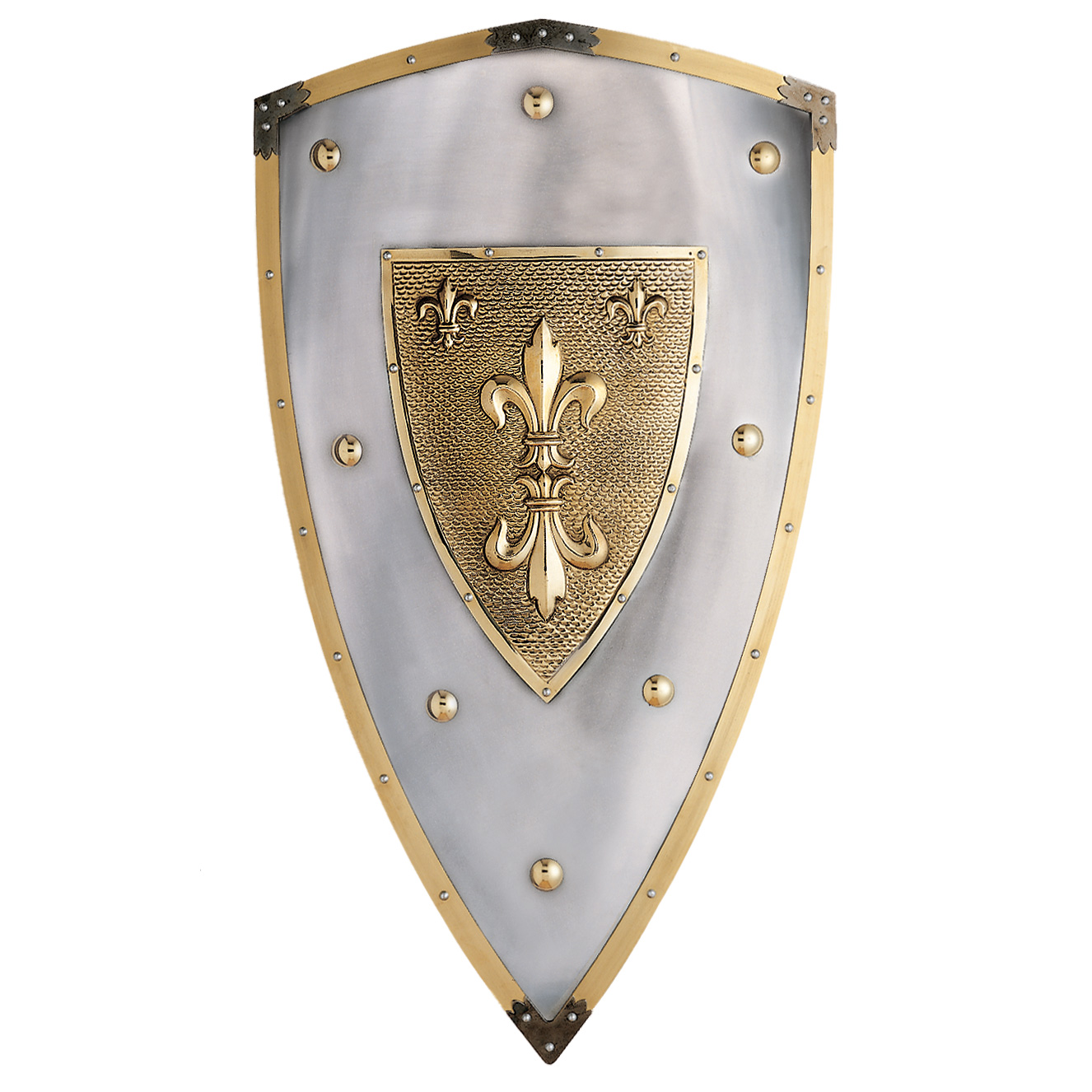 Bartender, cats sleeping.
edit on 8-10-2014 by Egoismyname because: fixed

Actually, yes the calendar was changed…..from the Julian to the Gregorian.


I will look for more on what this meant, or perhaps you know…..
tetra

posted on Oct, 8 2014 @ 06:04 PM
link
so you're saying that all this volatility right now in the world ( "ISIS", Ebola, the DOW Jones losing 250 points yesterday then coming back entirely today, etc.) is coinciding with this big astrological phenomenon/rarity?

Or am I missing something. I'm just curious what you're relating this astrology to in the context of everything else / any other thoughts you're having.

Great post by the way, I don't personally know much about astrology but I do believe it plays a key role in the cycles of nature and important events reply to: Egoismyname

I am totally lost on your inference but I'm interested. Can you elaborate more OP?

This appears to be a good site explanatory wise, but it sure isn't something that can be addressed in three paragraphs, is it. And yes, time does seem to be a major conspiracy affecting everyone and everything. That's why Einstein's theory of relativity, addressing space/time complexity, E=MC2, and whether it's correct is a very big deal.

But, I am interested, as well, in OP elaborating a bit more….

For those who check the newspaper to see how Your day is going to go.. Ever think maybe those things are 'off/skewed'? My 'naming day' is May 31. In the newspaper I'm a 'Gemini' but in actuality I'm a 'Taurus'. The newspaper scopes were done after numerous shifts of Mother Earth.. My Wife is a newspaper Leo and an actual Leo

For those interested, check 'Ayurveda Astrology' There are a few FREE available and they will also provide a chart of the constellations at the time of Your birth so You'll also need to know the 'time' of birth and if You don't know, whether day/night.

That was helpful. I'm slow to get astrological significance but I have family that gets a bit serious about it.

posted on Oct, 8 2014 @ 10:44 PM
link
I've never liked astrology. I think most people start with their own birthcharts, but mine never sounded like me when I was a kid. If anything, it sounds more like me now than it ever did at any point leading up to this moment in my life. How can the planets at your birth determine anything? Wouldn't the planets during all the other times of your life effect you at least just as much? And if that is the case, then wouldn't we all be experiencing similar things at similar times?

@FamCore - The things you mentioned are all connected with people, and the latter are heavily influenced by transiting planets and their in-between aspects. You can read about some current transits Here

@howmuch4another - Sure I can try explain in a bit more. Astrology is mainly based on the Seven Hermetic Principles, even that some astrologers don't fully understand it. What my OP was all about is that... if we metaphorically call a certain point of any cyclical motion based on its angle from one of its poles of oscillation - a waltz, and another - rock and roll, third one - trance, forth - tribal beat and so on at least to 360 different types of dances, we can consider that the planetary energies are playing different dance in any given moment(considering the hermetic principles). This means that sometimes when the moon is in Virgo lets say it will dance ballet, yet in the same time considering the moons synodical movement it could be in its 17 moon day(just few days after full moon), thus we can say that the moon is dancing R'n'B also. So in this case the moon is dancing both RnB and Ballet. Meanwhile, the Sun could be dancing Rock and Roll, Jupiter Reggie, Mercury could be dancing something totally else. You see everybody dances usually different things. When two planetary energies dance the same dance this amplifies the energies of that dance, so even of Earth some pity humans might start subconsciously to be attracted to that dance. So now a little bit more about this Libra sign from my OP post, and why it is so funny to me. Libra is the time of metaphorical sunset. Its 30 degrees that rule,s represents the last moments of active life of the setting body of energy(planetary, fictional or whatever it might be), and the first moments of its "night life". The exact middle of Libra - its 15th degree, is the exact point where the setting body is half in the night and half in the day - perfect balance of extremities. Let us call this perfect balance - a waltz. So we can assume that when the sun is in the 15th degree of Libra it is playing a waltz. Okay - this is pretty obvious and easy to spot, but I saw something more, which made me laugh like the smart friend of just cheated on three-card-monte foolish carpenter from Molenfroggery. After knowing that the sun is playing waltz, first I interpreted, the synodical motion of the moon, and happily concluded that by synodical movement the Moon is playing waltz also. Yet here I point - there is nothing super-extraordinary. Things like this happen. Yet the reading of the motion of its movement in the zodiac stroke me. (I will finish my thought later) SO! WE WERE TALKING OF BALANCE! Very important to remember. The metaphorical waltz means balance. But here we have to point the obvious - There is TWO points of balance - the Rise(in Aries) and the Setting(which we already pointed in Libra). So if the moon was moving in the zodiac in Libra, and it was in this 15th degree where is the Sun(this could happen also) it would be playing a waltz - yes but still not true true waltz, because as its synodical and zodiacal motions are in Setting, nothing is is Rising, and from here comes the dis-balance! But what my eyes saw was not that case of "false waltz moon" because in reality as its synodical movement was perfectly balanced its by zodiacal movement. In other worlds the moon was in two places - two exactly opposite places. - Exactly the same time, the sun was in the middle of the ,middle of the middle... All energies were playing perfect waltz here. Perfect! And on top of this, at the same time a Kite aspect formation was formed, a thing that does not happen every day! I mean it man, to observe this was fun! The stars are sometimes pretty jolly bastards, I must admit!

@Spodokomodo - if we assume Libra to be the middle of the day/night metaphorical cycle, the equilibrium is in the middle, not in the left or the right scale, but in its balance. The beginning of Libra is just the beginning of the sunset, yet not exactly half cut by the horizon - where is positioned on the 15th degree

@Nechash - Planets actually do not determinate a s*** at your birthday. They are just like representatives of the energies who intertwine everything in the multiverse. The real actors are invisible and also pretty abstract and ungraspable by human mind. Yet it is very easy to watch their representatives, and by knowing a bit of sacred geometry to make conclusions about things. That is what astrology is all about. Harmonics are pretty the same, but still a bit more elaborate. What is above that is below - but here above is not the "sky" or whatever point in our 3D perception / it is really beyond what untrained imagination can think of. I advise scholarship in Kabbalah to understand this matters.