Ebola, used as a weapon to kill as many as possible.

This is my take on why the sudden outbreak of Ebola might not be just a coincidence.

Back in 2011, USAMRIID purchased the complete genome of highly lethal viruses

Excerpt of the cable:

A German firm has applied for the approval of the export of 184 genetic elements with nucleic acid sequences of viruses for the production of recombinant viruses. The viruses will be used in optical imaging to identify host factors required for viral replication. The recipient in the USA is, according to the enclosed end use certificate, the Department of the Army "US Army Medical Research Institute for Infectious Diseases (USAMRIID)" Fort Detrick, Maryland. Specifications in English about the goods, the recipient and end use can be seen from the end use certificate. The goods are controlled by the Australia Group and are subject to compulsory export approval (List position C1C353A). This matter concerns the complete genome of viruses such as the Zaire Ebola virus, the Lake Victoria Marburg virus, the Machupo virus and the Lassa virus, which are absolutely among the most dangerous pathogens in the world. The delivery would place the recipient in the position of being able to create replicating recombinant infectious species of these viruses.

When the virus started to spread in West Africa, they started to bring the infected to strategic places around the world. They were transported to Germany, Italy, France, the UK and the USA. (Why not bring some infected back home, right?)

A couple of days ago we learned that a nurse got infected. How, we don't know yet and never will..


Anthony Fauci, the director of the National Institute of Allergy and Infectious Diseases said in an Interview last month about weaponizing Ebola:


The second, and perhaps easiest, small-scale bioterrorism option would be to recruit individuals for Ebola suicide missions. Such a plan would hinge on injecting Ebola virus into a limited number of people, who would then need to leave west Africa (or wherever the outbreak may be) before becoming symptomatic. Then those individuals would have to get into a public space and projectile vomit or bleed onto others to infect them. Obviously the plot would need to overcome substantial technical challenges including the extreme weakness that arises from Ebola

Duncan did fly to the US before showing symptoms, he interacted with many many people, vomited all over the place..


Viral hemorrhagic fevers (VHFs) are a group of diseases caused by ribonucleic acid (RNA) viruses from four distinct families. These diseases include Ebola Hemorrhagic Fever, Marburg Hemorrhagic Fever, Lassa fever, Hantavirus Pulmonary Syndrome, and Yellow Fever. Symptoms vary with the disease, but often include fever, fatigue, and muscle aches. There may be bleeding, although death from blood loss is rare. Severe cases can include shock and coma. Although some types of VHFs are relatively mild illnesses, many of them can cause severe, life-threatening disease with high fatality rates.

Along with smallpox, anthrax, plague, botulism, and tularemia, hemorrhagic fever viruses are among the six agents identified by the Centers for Disease Control and Prevention (CDC) as the most likely to be used as biological weapons. Many VHFs can cause severe, life-threatening disease with high fatality rates.

US Department of Labor

You can draw your own conclusions, but to me it seems that there is more to it than just coincidence.

I feel if it was a weaponized pathogen it would be a lot worse.

Did you guys see where the US patented a rabies based vaccine for ebola. RAGE virus anyone ??

originally posted by: Restricted
a reply to: Hellas

posted on Oct, 8 2014 @ 12:54 PM
link
My brother and I were just talking about whether a Suicide bomber could actually use Ebola as a weapon, literally making themselves a walking bioweapon. It could be done, and is incredibly scary. Im suprised we have not seen this occur, all it would take is for some crazy nut to become infected. Then all they have to do is make it to a well populated city, to start the infections. coughing, spitting, all over people.


originally posted by: Restricted
a reply to: Hellas

So you think this is pop control?


originally posted by: Restricted
a reply to: Hellas

So you think this is pop control?

Yes I do. I don't see another reason to spread it everywhere

posted on Oct, 8 2014 @ 01:33 PM
link
I had made mention of this when Ebola first started it's rounds this time around. And I mentioned it again last night while watching the news with my boyfriend and his mother. It's a large possibility that this is being spread purposefully. There are just too many coincidences and things that don't make very much sense. Unfortunately, this is going to be treated like it just came here and it was allowed to spread. It won't be considered a violation of the Geneva Conventions until people are injected with the disease. Which is scary to think about. "Hey, we came out with a vaccine. We need people to come get it so you won't catch Ebola." In later news "Thousands of people now have Ebola." Only the people against vaccines would be safe.

And even if this did happen... Who's coming to our rescue? We're hated by the majority of other countries. 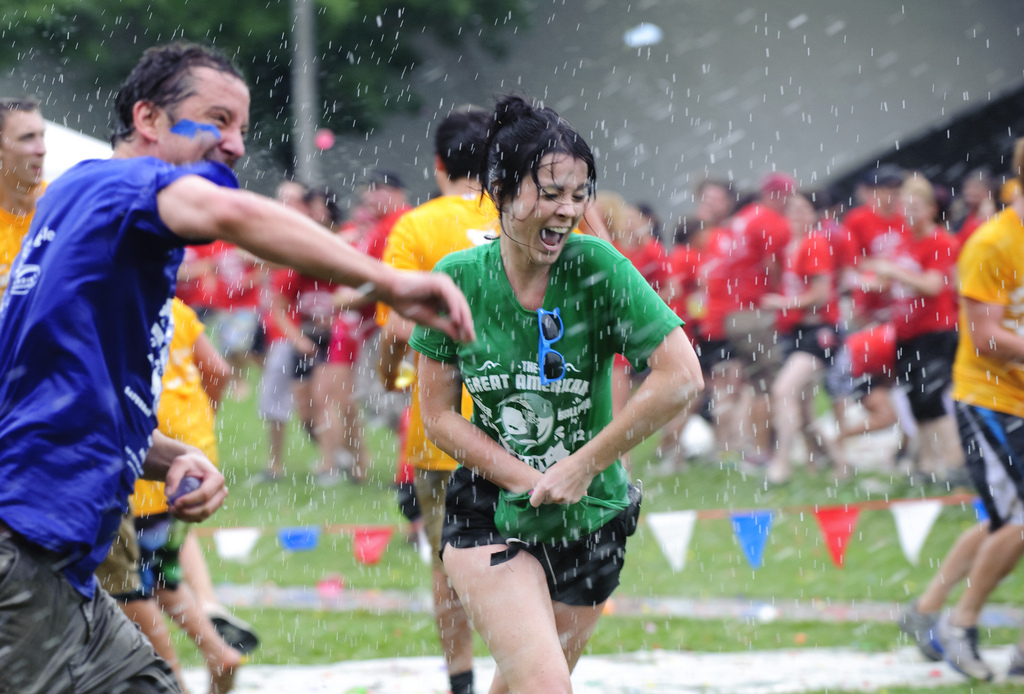 Second guy in Dallas. He supposedly had contact with Duncan

I think what's happening is the result of serious human ignorance and denial.

I am suspicious of the Marburg outbreak in Uganda. I think there was some "help" there.

Edit to add, I think the compulsion to ignore the implications of such a disease in the US based on racial issues will get us all killed.

originally posted by: Restricted
a reply to: Hellas

I think what's happening is the result of serious human ignorance and denial.

I am suspicious of the Marburg outbreak in Uganda. I think there was some "help" there.

Edit to add, I think the compulsion to ignore the implications of such a disease in the US based on racial issues will get us all killed.


Exactly. I know people who work in the E.R. and I was just asking "Why not just test everyone that MAY have just come from Ebola infested areas?" Which they responded "That's racist and profiling." Uh, no it's not. It's being smart. One told me that there is no test for Ebola, which is probably true. But I would assume if you're infected with it, even before showing symptoms your white cell count would be off, or something. People need to drop the racist card and do something. It's not racist when a disease just so happens to come from a place where there aren't many white people.
edit on 8-10-2014 by Lyxdeslic because: (no reason given)

posted on Oct, 8 2014 @ 04:22 PM
link
Ok years ago Tom Clancy wrote a book, fiction, that had an airborne ebola weaponized to attack the US.

Now obviously he is not a doctor but I believe a lot of research goes into his books.

In that book a lot of people in the US died but it did not wipe out the population. There were reasons given in the book as to why the outbreak stalled.

A good book to read in these days, even if just for entertainment value.