page: 1
54
<<   2 >>
log in
join
share:
Trueman
+19 more
posted on Oct, 5 2014 @ 05:20 PM
link
This case has to be one of the most spectacular events of the ufology, whatever happened in Conchan Beach (Peru), represents an exceptional experience impossible to be explained unless the interaction of an unknown intelligence is taken in consideration, probably one of a kind event.

It’s been a long time since I started this research, looking for more little pieces of information to put together in a thread. Almost nothing can be found on internet regarding this case and it’s one of those “cold cases”, or as I prefer to call them “Vintage UFO Cases”.

Cases like this one, might bring back to memory unrelated information, I confess that somehow makes it more enjoyable to me, reminding me when people were innocent, perhaps a more romantic time.

No photos and no films, amazingly hundreds of persons were witnesses of the event, including civilians and military forces. The entire event lasted almost 2 days. Still today is not easy to find people willing to talk about it. I sent emails to some friends connected to the topic in Peru, asking for additional information but no answer had been received yet, so I decided to start with I have now. 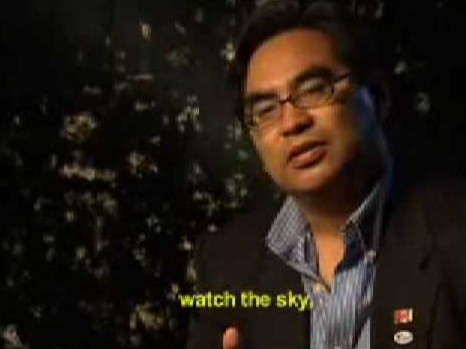 The Peruvian ufologist Anthony Choy was the first one to open the case, he has a radio show in Lima to discuss topics like this. He found 3 witnesses. I listened carefully the recorded audio and took some notes which I extracted and offer to you now, I will not translate the whole conversations but I will give you the link if you are interested to hear it. 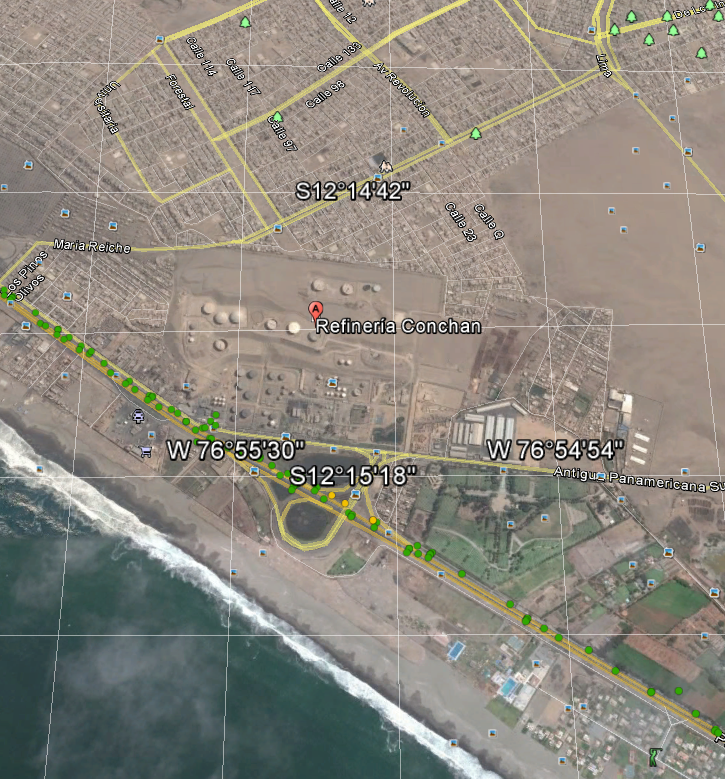 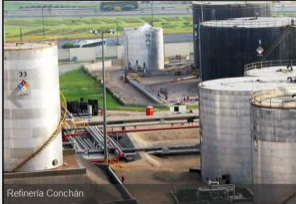 My father took me to this beach many times when I was a kid, not also enjoyed the beach but also we used to visit Pachacamac, a very important archaeological site on the hills in front of the beach.

Note: A nearby military camp, installed previously to the event in order to control the new village/settlement of fishermen installed on the hills in front of the beach. Today a coastal district of Lima called “Villa El Salvador”. 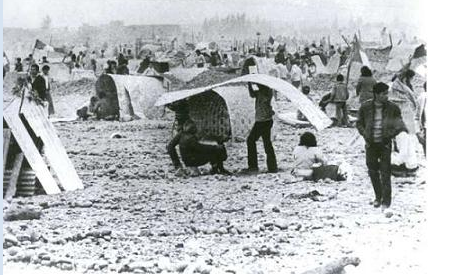 These were the days of General Velasco’s Regime. Poor people in Peru used to occupy land and build their homes, all under control of the government. 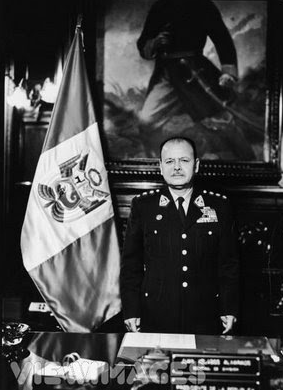 WITNESS 1: Eustaquio Caccire (fisherman)
He lives in Villa El Salvador. Not sure about the year, he thinks it happened in September 1972, not in 1973. A Friday at 18: 45. He confirms military forces present during the event.

Friday afternoon, around 18:00 and 19:00. (daylight). A first oval silver object (football ball shape), appeared In the sky flying from north to south. The object didn’t make any sound. A second object appeared, flying from east to west in route of collision with the oval object. 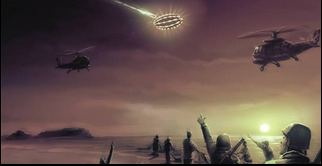 The second object had an elongated shape and hit the oval object, rebounds and fly away while changing color to orange-red. The impact produced great sound. Around 19:30 the oval object falls into the sea, about 800 to 1000 meters from the beach. It remained floating and rotating for approximately 2 hours, then it sunk.

During all this segment of the event the beach was full of fishermen that were preparing to walk back to the village (Villa El Salvador). While going up to the hill, they kept looking the object floating and also saw military patrols observing the event with binoculars, they exchange comments and continued their path to home, where they certainly shared the experience with their families.

A third flying object with a beam of light over the land was reported during the night by the area.

On Saturday (next day), they came back early morning to continue fishing as usual, the military presence was stronger, the road and the beach was closed by troops, trucks and a medical transport. Also helicopters were present. All these didn’t impede the civilians to observe the sunken object emerging from the ocean, rotating and emitting green and white light from its vertical stripes. The water around the object was bubbling and the object finally took off. Other people from the village were observing from the hills in front of the beach.

The Peruvian television reported the incident as a plane crash, but everybody was talking about the real event and it was pointless to cover it up.

posted on Oct, 5 2014 @ 05:24 PM
link
Interesting. I hadn't heard of this one before. Mass sightings are always the most intriguing

posted on Oct, 5 2014 @ 05:45 PM
link
I wonder if anyone will one day fund an exploration mission into the ocean where one of the craft supposedly sunk. Whatever fell into the ocean might be an interesting find, assuming a higher power has not already seen to it...

Oh I misread the last part where they said it came back up the next day...well there went that idea.
edit on 5-10-2014 by CalibratedZeus because: I cant read apparently.

Glad you noticed that at the end. That is one of the characteristics that makes this case unique. Thanks for reading.

posted on Oct, 5 2014 @ 06:40 PM
link
Sounds similar to Shag harbor in that an object sank and later rose and took off. What better place to hide and effect repairs without prying eyes?

yes but there may still be some kind of evidence down there... it said the water was bubbling. Just how hot did that thing get and what effect did it have on the sea floor or anything else it may have come into contact with, like some metal or glass litter left on the sea floor? Will there be a bowl shaped glass indentation in the sand? (surely under several inches of mud and sand by now) molten peices of metal? some material ejected from the craft? a homing beacon or a probe? deformed sea life from radiation?

Another excellent thread mate and like Halfswede I'd never heard of this one either - will certainly be giving that audio file a listen.

Haven't got much to add but did see some parallels with this other water UFO case from Peru in the 1970's:


Following that, the tremendous aerial object took up a position very near and hovered there, suspended in the sky right over the river where they were fishing. At this point it was only some 700 meters away. The crew watched in amazement.

All the observers could clearly see that the base of the flying disc was circular and flat with a small circular depression in the central part. The area around this concavity, at its periphery, was divided by radiating lines or segments, similar to the spokes of a cartwheel.

In each of these segmented parts they could see an opening "like a ventilator". The superstructure on top looked like a large low cupola above the disc rim, flattened on top, with a second smaller cupola above that, and in the same way still, a third smaller, higher domed cupola on top of all. On the sides of the large rim, at the base, they could see dual recessed openings illuminated by some kind of fluorescent light.

The huge flying disc executed gentle, silent movements in all directions and occasionally discharged some fumes or gas from vents. About one hour later the huge ship was still there hovering stationary, a little to the south as the whole rim rotated slowly when suddenly, from the base, near the center, three luminous "tubes" of "blue neon light" were projected, like cylinders extended straight down from the ship to the surface of the river.

They seemed to be transparent and were rotating, and looked like they were either discharging something into, or were drawing something from, the water. After several minutes the "cylinders" were withdrawn from the water into the object, one at a time.

A moment later the recessed opening at the left, on the rim, suddenly discharged a luminous beam, like electrical sparks, in the direction of the water. When the beam of sparks touched the water it became violently agitated in that local area. A few seconds later this ray of light disappeared and the recessed opening on the right side discharged another ray, similar to the one on the left, and repeated the same phenomenon of disturbing the water..

It's an interesting account and, if true, quite epic. Are there any news articles about this? If there were one or two news clippings, it'd be as intriguing a case as Shag Harbor.

Thanks Kandinsky, I'll keep searching, but it would be a good idea to email Dr Choy too.

Maybe he can join ATS and share all he knows. A formal invitation from the owners will be nice.

But I do find it a bit weird that even though this went on for 2 days that no photographic evidence was taken in that time...

The answer to that is simple. The people was very, very poor and a camera was unaffordable for them.

Even if one of them had a camera, wouldn't try to use it with all the military forces they had arund. Remember Peru was ruled by a regime.

If only we'd had camera phones and the internet those days. Pics of this incident would be amazing.

originally posted by: doobydoll
a reply to: Trueman

If only we'd had camera phones and the internet those days. Pics of this incident would be amazing.

Video and photos of such an event, will force disclosure.

posted on Oct, 6 2014 @ 10:50 AM
link
put me down also in the camp that has never heard of this one. South America has had some really notable sightings over the past many many years. I recall the ufo's sited in Colares, Brazil from back in the 70's or 80's I think. These happened over the course of a day or so as I recall, and whats notable about these sightings is that a number of people saw these, and many were afflicted with radiation type burns. Peru is a very mystical place..going to see if I can find out any more info on this sighting. I just googled this and the only noting I saw was this on ATS, so far.
edit on 06am31am5091 by data5091 because: (no reason given)

If it were terestial I would think of airships, especially the bouncing off of one another. The desings have been worked on since 1800's so who knows what secret ones were created. 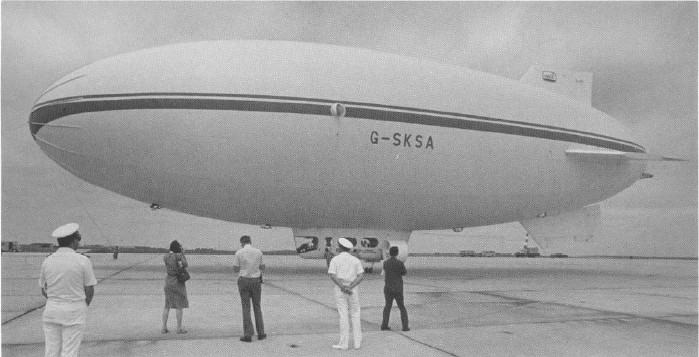 posted on Oct, 6 2014 @ 01:04 PM
link
Wow I am an avid UFO reader, never heard of this. Extremely we'll put together SnF, I hope the owners do invite him here to discuss what he knows.