Its a long time since I posted a topic, but this caught my eye today and I decided I would share. Guy Laliberte, the billionaire creater of Cirque du Soleil has created a monument composed of a dozen monoliths of over 20 metres in height, topped with 23 carat gold. He did it without planning permission, and recieved a record breaking fine for doing this. His house is located in the south of Spain. Believe it or not I uncovered this gem on a poker website. I have searched elsewhere on the internet and can find no mention as of yet. The relevant article is this:
www.highstakesdb.com...

The only issue I have is that if it is art or has an entertainment function, why have it hidden away in your back yard? And how come the only reason the world has become aware of its existance, is the fact that he broke the law in its construction?

Any thoughts would be greatly appreciated.
cb

posted on Sep, 9 2014 @ 10:12 PM
link
Billionaires tend to find interesting things to spend money on. Giant ufo landing pad in your backyard for relative pocket change? Why not?


Weakest of the condiment sauces.

originally posted by: stormcell
This story makes me wonder whether Stonehenge wasn't a prehistoric casino / nightclub

Or, you know... a social gathering place where currency was traded for temporary friendship.
Wouldn't that be something? "Hey, we found out what Stonehenge was really for... Sorry historians of the world, but it was just a prehistoric *****house. Mystery solved!"

posted on Sep, 9 2014 @ 10:57 PM
link
EDIT: I originally thought this was his landing pad but it turns out to be a UFO compass. It's a circle of 13 gigantic basalt monoliths with one in the center 20 meters high covered in 23 carat gold. Are they the same thing?

Link is in Spanish. (translation) 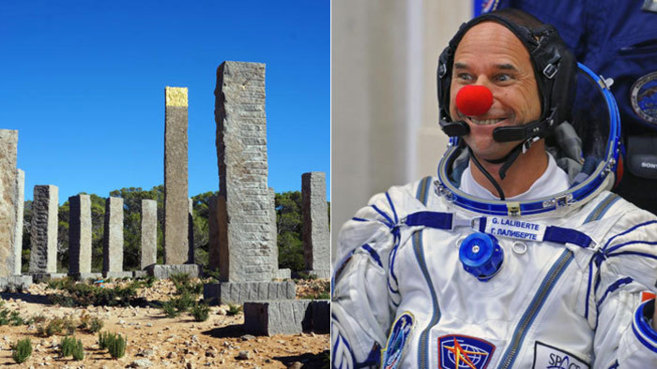 I don't imagine one goes to space and returns unchanged. My idea for the longest time was and is...Before you take office as an elected leader of a country, you must do a two week stint on the international space station. Reason being that many accounts from people who've spent time in space give a very solid understanding of the gift we've been given upon their return and the fragility of it all.
edit on 9-9-2014 by minkmouse because: (no reason given)

Although it seems a sundial, Rogers says Laliberté sculpture aims to represent the motion of the planets around the sun, aligning the assembly with the sunset of the winter solstice. Although not only that. Each of the basalt columns should be aligned and despite following the Fibonacci sequence, where each number is the sum of the previous two.

Had to get google to translate: 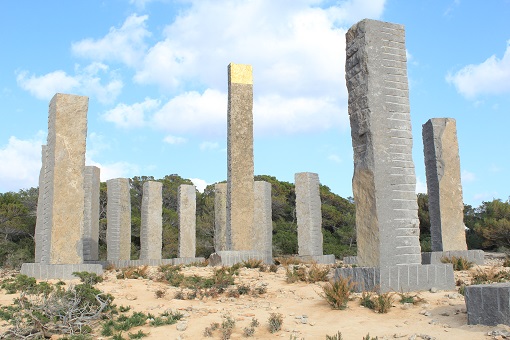 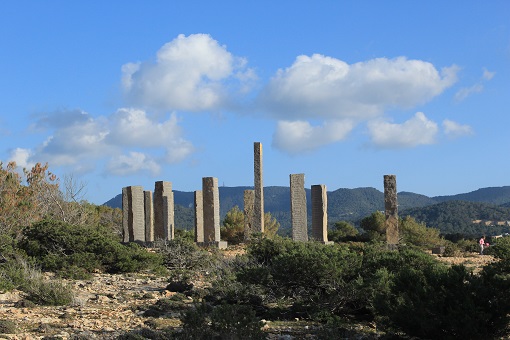 The 23 carat gold adorned monolith is a peculiar one though. According to the page I linked it says "they both love to watch from home because he has "very strong magnetic vibrations" that transmit a lot of energy.

He clearly knows something we don't. I would love to know why he wanted it built and for what purpose?

posted on Sep, 10 2014 @ 09:43 AM
link
it makes me wonder if perhaps that part of his property coincides with a ley line. or maybe where a couple of ley lines converge.

it seems that in the "old world" obelisks were built as part of an ancient energy system to act as receivers. and that's what this reminds me of. the gold being there not only because of its conductivity but because of it's high resistance to oxidation.

at first i thought maybe it was just a solar clock. where the light and shadows would play a certain way on the solstices and stuff. but, i believe there is a reason the one monolith is tipped with gold. and it's not just because it's pretty...

plus the choice of stone is interesting. basalt, which contains quartz?


they both love to watch from home because he has "very strong magnetic vibrations" that transmit a lot of energy.