Have Scientists Discovered a Way of Peering Into the Future?

posted on Sep, 9 2014 @ 06:23 AM
link
I came across this before not sure if its been on ATS so I thought I would share it.. A strange occurrence concerning random number generators and a stastical change towards order just before a world changing event... 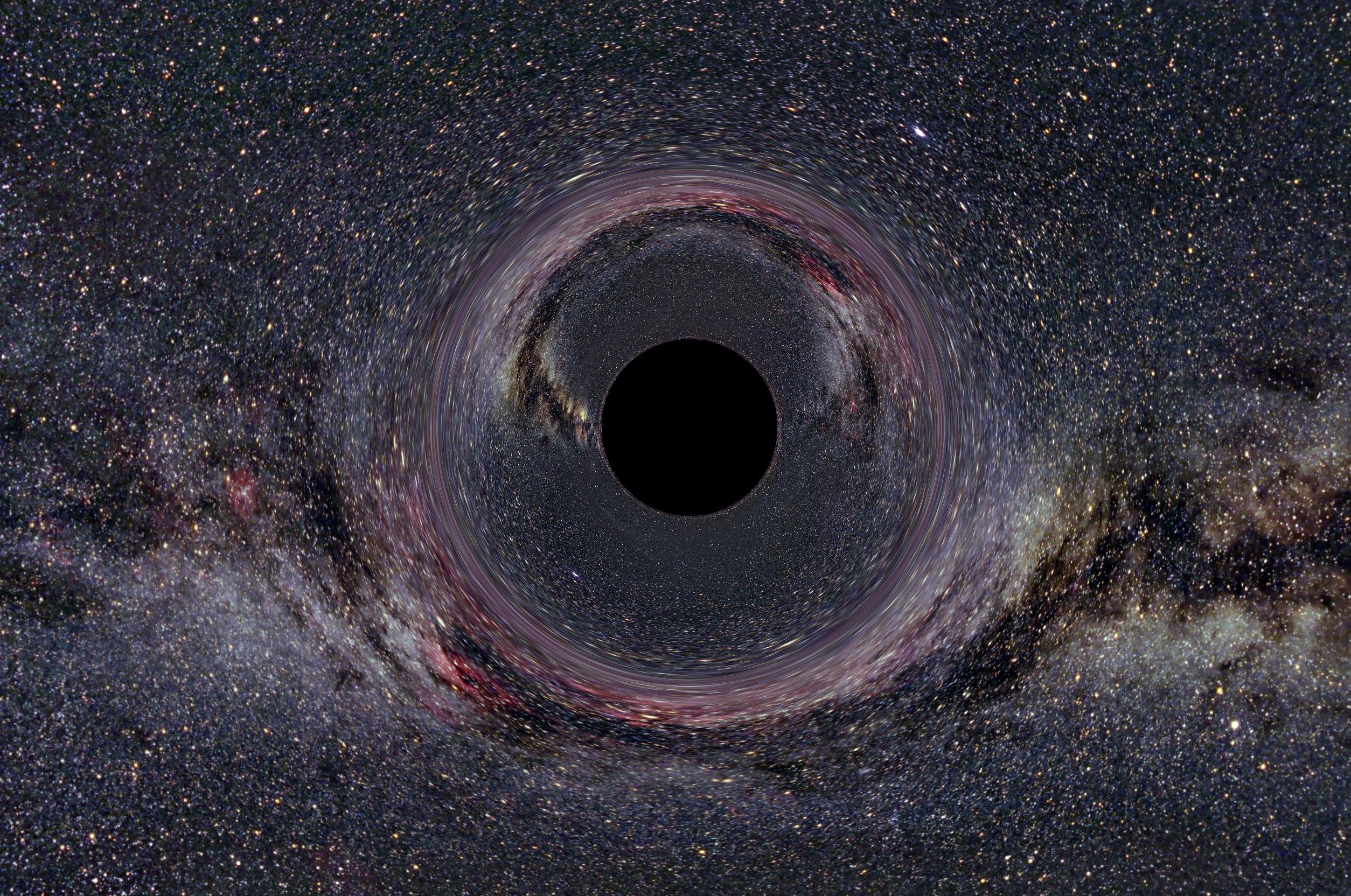 Deep in the basement of a dusty old library in Edinburgh lies a small black box that churns out random numbers. At first glance the box looks profoundly dull, but it is, in fact, the ‘eye’ of a machine that appears capable of peering into the future.

The machine apparently sensed the September 11th attacks on the World Trade Centre four hours before they happened, and appeared to forewarn of the Asian Tsunam

Nor is this a one off effect is has attracted scientists worldwide..

Although many would consider the project’s aims to be little more than fools’ gold, it has still attracted a roster of 75 respected scientists from 41 different nations. Researchers from Princeton – where Einstein spent much of his career – work alongside scientists from universities in Britain, Holland, Switzerland and Germany.

The project is also the most rigorous and longest running investigation ever into the paranormal.

No one really knows what to make of this the scienitsts included. Why would random numbers become more ordered before an event. What does it say about the universe we live in and our relationship with it.

Interesting....
I'm still trying to wrap my mind around it so I don't have much to say at the moment.

However, I have always felt that there is a "core experience" being had here amongst us all. It seems that, on some level that we cannot yet explain in scientific terms, we are all "tied into" this "consciousness"....one stream of consciousness. Truly, "the mind of god"....

posted on Sep, 9 2014 @ 06:58 AM
link
Random event generators have been working for decades now, in theory flipping a coin millions of times will give you a 50/50 ratio of the two possibilities. what they claim is that people consciousness change this making a bias toward one of the possibilities, so for example where one of these devices are taken to a place that draw emotions to people, like Fatima, the statistics shift and deviate from the base line.

I remember another study that claimed that days before 9-11 there was a negative trend in the internet.

The problem of randomness is that is not really random, now they are making quantum devices to improve the randomness and study this, who knows maybe our minds do generate an effect in the world.

The problem with this study is it's so entirely subjective. Like with Nostradamus prophecies, it's only retrospectively people try and link vague non-descriptors to current events. "Look! The banana represents the Third Reich! He predicted WW2!!". With these RNGs, once an entirely normal fluctuation occurs, it's easy to retrospectively link it to an event. With all the crap going on around the world, there's always something you can link it to.

Independent scientists Edwin May and James Spottiswoode conducted an analysis of the data around the 11 September 2001 events and concluded there was no statistically significant change in the randomness of the GCP data during the attacks and the apparent significant deviation reported by Nelson and Radin existed only in their chosen time window.[20] Spikes and fluctuations are to be expected in any random distribution of data, and there is no set time frame for how close a spike has to be to a given event for the GCP to say they have found a correlation.[20] Wolcotte Smith said "A couple of additional statistical adjustments would have to be made to determine if there really was a spike in the numbers," referencing the data related to September 11, 2001.[21] Similarly, Jeffrey D. Scargle believes unless both Bayesian and classical p-value analysis agree and both show the same anomalous effects, the kind of result GCP proposes will not be generally accepted.[22]

In 2003, a New York Times article concluded "All things considered at this point, the stock market seems a more reliable gauge of the national—if not the global—emotional resonance."[23]

According to The Age, Nelson concedes "the data, so far, is not solid enough for global consciousness to be said to exist at all. It is not possible, for example, to look at the data and predict with any accuracy what (if anything) the eggs may be responding to."[24]

Robert Matthews called it "the most sophisticated attempt yet" to prove psychokinesis existed, but cited the unreliability of significant events to cause statistically significant spikes, concluding "the only conclusion to emerge from the Global Consciousness Project so far is that data without a theory is as meaningless as words without a narrative".[25]

posted on Sep, 9 2014 @ 07:08 AM
link
A person once told me, where our souls exists there is no time or matter. Souls share multiple perhaps infinite experiences we called consciousness together in the void. If that is the case, perhaps we can tap into a familiar/similar future(s) or past(s) and glimpse into those experiences which may or may not be our own.

I came in to say this, you beat me to it.

Not bad, and I gave you a S&F for the info. But I personally recommend we take the article itself with a grain of salt.

The article is referring to the Global Consciousness Project (publicity stunt?), an attempt to prove that mankind's consciousness has a magical effect on the nature of chaos. From your link:

The Global Consciousness Project may have generated an incredible amount of compelling evidence, and garnered the support of eminent scientists, but many remain sceptical.

When you investigate what the The Global Consciousness Project is all about, you can come across their official website:

Subtle but real effects of consciousness are important scientifically, but their real power is more immediate. They encourage us to make essential, healthy changes in the great systems that dominate our world. Large scale group consciousness has effects in the physical world. Knowing this, we can intentionally work toward a brighter, more conscious future.

The Global Consciousness Project is directed by Roger Nelson from his home office in Princeton. The Institute of Noetic Sciences provides a logistical home for the GCP. It is not a project of Princeton University.

Notice that the GCP is supported by the Institute of Noetic "science", and not by the Princeton University.

The Institute of Noetic is basically a new agey institute trying to prove that magic is real:

not only do we emit light, we have the ability to effect it with our thoughts alone. In a recent study, participants were placed in a darkened room and asked to visualize a bright light. When they did this, they were able to increase their levels of biophoton emissions significantly, showing that our intentions have an influence on light itself!

In conclusion, Light appears to be a fundamental part of our being. It’s hard-coded into our very bodies to function directly with, and through – light. On top of that, the fact that we can affect light with our intentions alone… outstanding! It would appear those new age hippies are right when they say we are all beings of light.

Conscious Aging Workshops
Facilitator Training Program
The final third phase of life is a great opportunity for spiritual, emotional, and psychological growth. It’s a time to celebrate a life journey, to harvest the wisdom of those experiences, and to share what was meaningful in the company of others. And yet in our youth-obsessed culture there is a lot of fear and anxiety about growing older, especially for those who enter their later years alone.

I would take the article with a small grain of salt.

posted on Sep, 9 2014 @ 08:01 AM
link
why these events and not the countless events that occur every year that do not affect us? why just ones that we deem important to us? to others the events that affect them would be just as important, surely?

I dunno, it sounds iffy to me.

And besides random is a pattern. Otherwise how would you recognize a random pattern?

Although I would be the first to agree that there is much in this universe which currently lies beyond the understanding of science, I should point out that there is no such thing as a legitimate science publication, which has an entire section devoted to meditation, and yet such a mythical beast is the source of your information.

In fact, scanning around the site, not only is there no About Us, to read (which would be a dead give away of what I suspect the site is actually about), but there are actually very few purely scientific articles linked to, or posted on the site. The majority of its focus in fact, has nothing to do with science, and everything to do with philosophy, metaphysics, consciousness, and meditation.

In short, the source appears pretty much bunk. Link me in if you find university published articles on this subject though, I would be really interested to see if a) there are any, and b) what ACTUALLY relevant conclusions have been come to about the meaning, if there is any, that might be found in the heart of random number generation.
edit on 9-9-2014 by TrueBrit because: Grammatical error removal.

What other choice do people have. This type of knowledge does not fall under scientific faculty because most respectable scientists refuse to investigate or put there name to such claims....

and the above has everything to do with science... Science is a philosophy. Its roots dig deep into metaphysics. Consciousness is an active force in the universe and being defined so by physics.

posted on Sep, 9 2014 @ 09:34 AM
link
right on brother, I can not believe so many others glanced over your comment, thus like bethehem, the sheeple will always follow stars. a reply to: joemoe

posted on Sep, 9 2014 @ 09:43 AM
link
A box that churns out random numbers. I think we all know how easy it is to find correlation between events and any random numbers involved. People have been doing this trick for years. I have the movie 23 popping into my head as I read this. I doubt there is anything but random numbers coming from this thing.

Apophenia /æpɵˈfiːniə/ is the experience of seeing patterns or connections in random or meaningless data. The term is attributed to Klaus Conrad[1] by Peter Brugger,[2] who defined it as the "unmotivated seeing of connections" accompanied by a "specific experience of an abnormal meaningfulness", but it has come to represent the human tendency to seek patterns in random information in general, such as with gambling and paranormal phenomena.[3]


“We’re taught to be individualistic monsters,” he says. “We’re driven by society to separate ourselves from each other. That’s not right. We may be connected together far more intimately than we realise.”

Could this be one reason TPTB are trying to divide us? Because they know something we don't, and if we all worked together their plans could be thwarted? Interesting read.
Firepiston

Science is NOT a philosophy, and physics and metaphysics, thank God, have nothing to do with one another.

Please do not tell me that you have been absorbed by this witless hippy prattle purple! Your brain deserves so much better, because it is a most wonderful object!

edit on 9-9-2014 by TrueBrit because: Double post through horrified outrage!


Science is NOT a philosophy, and physics and metaphysics, thank God, have nothing to do with one another.

Hello and thank you for your reply.. I strongly disagree that science is not a philosophy. It works on the philosophical principles. If you are interested have a look at the likes Popper's falsificationis and Kant's theory of science. Science is a tool that makes presumptions about the world to work...