The Bizarre Beast of Bandai

posted on Sep, 4 2014 @ 02:16 PM
link
During the late 1700's the residents that lived at the foot of Mt. Bandai reported eye-witness accounts of a creature that appeared at their doorstep to wreak havoc. It produced unnatural shrieks and howls during the night that kept the small and remote rural community locked in fear.

The creature was accused of killing chickens, dogs, and other livestock around the area. It was also seen kidnapping children, dragging them screaming into the woods during the night . As it became braver, it began to attack the adults, as well, but was unsuccessful in killing them.

Some villagers were bitten, mauled, or at the very least left badly shaken. One village man described how the creature came so close to him during an attack that he could smell its breath, which was described as smelling of rotten eggs and fish. He was only able to escape after allegedly poking the thing in its eyes. 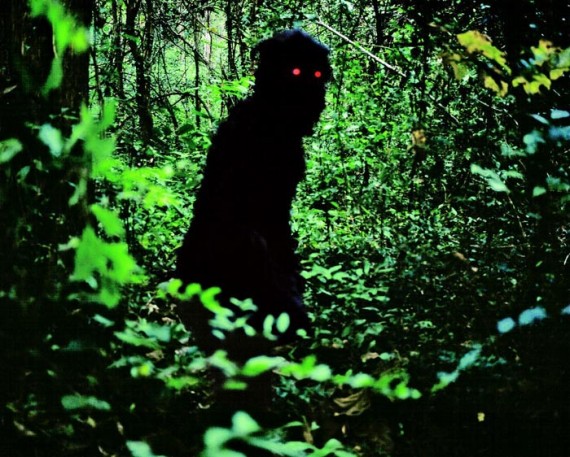 People became wary of traveling outside during twilight hours and at night, yet even staying in their homes was no guarantee of peace. The creature was often reported circling homes and its deep, gruff breathing was frequently heard right outside of dwellings. Occasionally it would rap, scratch at, or even pound on doors, windows, and walls almost as if it were testing the structure for ways to enter as the terrified occupants cowered in their homes. It was also not uncommon for people to hear the thumping of its heavy footsteps across their roofs. One particularly harrowing account comes from a family of farmers on the very outskirts of town, who had their home actively attacked by the rampaging beast. In this case, the creature was said to have charged the doors full force while roaring in rage, and the doors rattled in their frames, threatening to cave in. The furious monster also was reported as hurling large stones at the dwelling. When it failed to gain entry, the beast slunk back off into the woods, leaving the house badly damaged and the petrified occupants no doubt scarred for life.

In 1782 the villagers hired a local tracker to hunt the beast down and kill it, which he did.
After the creature was killed all attacks ended, suggesting this was just a single creature at work. Nothing like this has been reported since.

Here is a drawing of what the beast looked like:

If this was the only creature of it's kind, where did it come from; what was it?


Unfortunately, considering that these events unfolded way back in the late 1700s and that the alleged carcass of the creature was not preserved or examined by any sort of scientist, it seems that the mysterious Beast of Bandai will forever remain an enigma.

I've never heard of this, it's fascinating. I think it's some kind of "hairy humanoid", maybe others have cited something similar before but are wont to report it due to its seemingly unbelievable nature.

The creature at one time reigned supreme, and was known as King Larry Longnose until his brother Little Larry Longnose II was born. LHL, as he came to be known, had a nose exactly two millimeters longer than his brother.

The ousted ruler was cast to this small community - from this point he began to take out his vengeance upon the villagers, and their children. He did this because his nose was longer than humans, and so he felt he had a natural right to rule.

Then he was gunned down while practicing his right to rule by an outsider, who had no rightful claim to his power.

Thus ends the tragedy of King Larry Longnose.
edit on 4-9-2014 by MentorsRiddle because: (no reason given)

posted on Sep, 5 2014 @ 01:11 AM
link
That's the kind of story you tell around the campfire. There is absolutely no proof that it was a real monster, people were very superstitious during this time period. Maybe it was some kind of monkey, an old species that's extinct today? Or maybe the today still existing probostic monkey? We don't know, but it's still very interesting either!

Thank you very much for sharing it with us.

Then I saw the pic, and thought an ant eater made of wood, whose father was a tree.

Could this creature have come up from the volcano nearby?
Maybe the eruption that happened later killed all the others.

A very interesting read, star and flag for you. I wonder if these things are some sort of "off-shoot" of another creature? Perhaps some sort of strange natural mutation which might explain the fact that many times there's only a single creature.

Either way, threads like these are why I visit ATS. Keep 'em coming.

This will sound a bit 'out there' but the descriptions of it walking on the roofs of dwellings and walking around the houses, coupled with the slightly odd gait that the artistic rendering (the second image) of the picture there is not unlike the encounters of Mothman. While this rendering has a face, again we see no neck, and what could almost look like 'wings' (the black bits). I know it's a long stretch but I thought it was worth noting It's interesting to read these witnesses had more in the way of 'physical' experiences, like the smell of its breath, or the fact that one (un)lucky person actually touched it in a bid to escape it's clutches. Fascinating stuff!
edit on 10/16/2014 by Genus_Unknown because: spelling

posted on Jan, 15 2016 @ 04:03 PM
link
Fascinating. It's unfortunate that we may never know more about this creature since nothing was preserved nor studied. But judging by its description can only imagine what those villagers were feeling. Sound like quite a nightmare of a pest problem.

Interestingly, there may or may not have been a beast after all. Reading the comments for the link in OP's post , villagers during that time period were known to construct tall tales for whatever reason.