Beginning to Understand the Work of Tom Bearden re. Energy from the Vacuum

To make sure I understand, you're saying classified slide shown in a lecture by Col. Bearden, not the ATS member who is an inventor?

originally posted by: ConnectDots
There is an interview of Tom Bearden on DVD called Engineering Physical Reality.

In this DVD Bearden talks about the work of John Kanzius, who started out looking for a way to cure cancer using radio waves to kill cancer cells, but in the process discovered that his radio frequency generator could burn salt water. This was reported in the mainstream news and here's a screenshot of a clip from an interview of an engineer who was amazed at the heat generated: 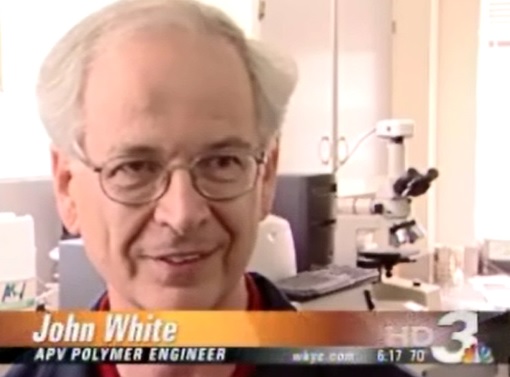 I see from the Wikipedia article on Kanzius that he died in 2009. It also says this:

Kanzius' invention has been publicised on multiple local TV stations as a source of cheap energy. In a column in the journal Nature, Philip Ball pointed out that since water is created by burning hydrogen, it can not be used as a fuel by generating hydrogen from water and then burning it. Such process requires providing an equal or greater amount of energy than is outputted. This observation is one of the foundation principles of the laws of thermodynamics.[18] Kanzius acknowledged that this process could not be considered an energy source, as more energy is used to produce the RF signal than can be obtained from the burning gas and stated in July 2007 that he never claimed his discovery would replace oil, asserting only that his discovery was "thought provoking".[19]

But from the DVD description:

An underlying theme of this video is Einstein's thesis that there is no empty space, as it is in fact the fields and their dynamics in which everything that is, is. There is no emptiness, and general relativity is based on this fact. Spacetime indeed is very, very active. Quantum physics for example, as Tom points out, has it as being filled with “tiny bubbles” fiercely bubbling all the time, beneath the observable state.

Again, as Tom points out, a beauty of burning salt water is that this possibility demonstrates the use of the existing quantum energy infrastructure for work—hence an orderly transition into a future where nature's free energy from the vacuum™ will be harnessed and used directly.


originally posted by: Mary Rose
a reply to: hellobruce

Well, honestly, I don't think you know what you're talking about.

Wrong again - Both the MEG and QEG are just scams, they do not produce overunity.

I haven't researched this thoroughly, but I remember reading that he was working with the United Nations on the MEG, but the funds were never forthcoming.

posted on Jul, 1 2015 @ 08:28 AM
link
everybody is searching for enternity only if they realized what they are searching for is they own concious reality that holds all existing matter and it's properties

I ask constantly what is the opposite of matter and dimansion

originally posted by: ConnectDots
but I remember reading that he was working with the United Nations on the MEG,

What a lot of nonsense - why do you think the UN works with scammers like Bearden?