page: 1
53
<<   2 >>
log in
join
share:
beansidhe
+31 more
posted on Aug, 29 2014 @ 07:27 AM
link
Archaeologists have uncovered an incredible find in Bapska, Croatia.
They have discovered a Neolithic house complete with an oven and hot water sysytem. Previously thought to have it's origins in ancient Rome, the oven would have worked much like a modern day AGA heating system. 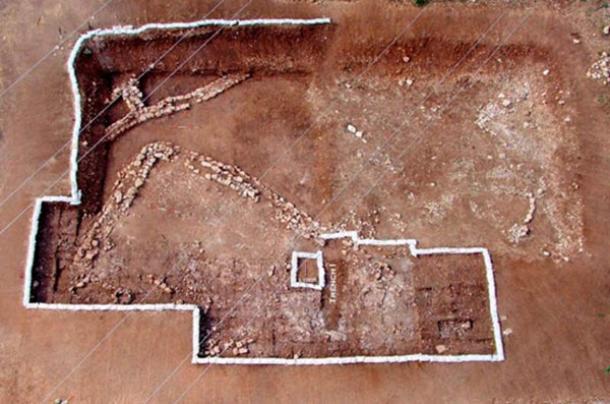 Lead researcher Marcel Buric, from the Department of Prehistoric Archaeology at Zagreb's Faculty of Philosophy, explained that prehistoric houses at the time were made from wattle and had roofs made of hay, so using an open fireplace was dangerous. As a result, they came up with an ingenious solution, which enabled them to cook food, have hot water and central heating in their dwelling.

"It was permanently heated all day long and as the residents came home after a day in the fields they ate hot food cooked by the oven, washed in warm water, and went to sleep in a room heated by the same kiln. Just like some kitchen ovens today," said Mr Buric.

The ancient prehistoric oven worked in a similar way to a modern-day AGA, a heat storage stove and cooker, which works on the principle that a heavy frame can absorb heat from a relatively low-intensity but continuously-burning source, and the accumulated heat can then be used when needed for cooking and other purposes. 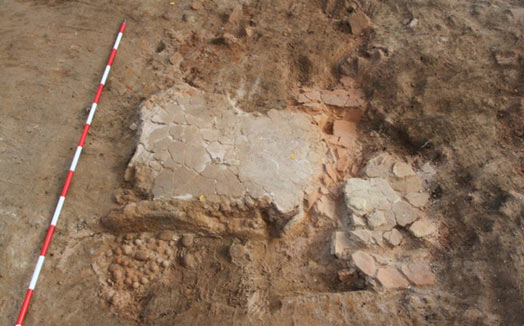 Alongside this, the team also uncovered a set of deer antlers on the wall, and a piece of smelted iron ore beside the oven.


However, the research team made another very rare and important discovery at the site - a smelted piece of iron ore by the kiln, thought to date back thousands of years before man learned to smelt and work iron. "It's not possible to say what it was used for but it is a significant find," said Buric.

We've all heard the term... "There's nothing new under the sun". Sometimes you have to wonder if there's not a lot of truth in that.

Thanks for this exciting share. I wish I could S&F it more than once!

Fantatic news for the Croatians, I agree!

Interesting stuff. Will give me something to read up on today.

Thanks for sharing this.

Wish there was more detail in the article or more source documents. This is really interesting.

Hope all is good with you


It does challenge them. As much as one tries not to stereotype, I do sometimes find myself doing it inadvertently unfortunately. Seeing Stone Age families as less than something akin to the Flintstones is going to set us all up for a major shock one day I feel like. Each new find makes it even more exciting!

I feel your pain. It's been timing out since last night for me. I posted a thread with a lot of pictures on it and lost it twice before I got it right. I could have hurt someone. Seriously.

I am doing well and I thank you for asking. I hope you are as well. I think about the journey we are sharing separately quite often and hope that the days are getting easier for you as time goes by.

Hi, I haven't found any more info either, which is odd considering the finds. Maybe they're waiting for some more research findings to come back?
Either way, I'll keep an eye on it. Glad you enjoyed it!

I am now writing replies on a word document and pasting them afterwards, lol!

It is getting easier, thank you so much - and for you too I hope. Less days of falling apart and more thinking about the good times.


It's really annoying! I feel like this thread is rushed now, which it wasn't meant to be. Ah well, worse things to worry about for some I know, but it's still a pain.

posted on Aug, 29 2014 @ 10:09 AM
link
It sounds a lot like a Russian Oven, a large masonry oven where heat/smoke is channeled through a lot of passages in the masonry mass before exiting at the top. This made the oven a heat source for the home as well, and could keep bowls of water hot all day long as well. Guess we could say necessity was the mother of invention here, resulting in similar designs & functions. I think if it were not for the decay of time and the loss of artifacts, we'd find the neolithic was not nearly as primitive as we currently believe.

It made the Stone Age seem cosier somehow, for me. I have a very distorted view of that era, I think - I'm blaming the Flintstones, as Kanga mentioned above!

I agree with you, if somehow day to day items were found that had withstood the ravages of time - lipstick, perfumes, childrens' toys - how differently we would think of our relatives.

Chances are, humans have always been rather organised and smart.

Neanderthal wore jewelry, make up and organised their caves according to the practicalities of various activities.


The dwellings contain a number of stone-built pieces of furniture, including cupboards, dressers, seats, and storage boxes. Each dwelling was entered through a low doorway that had a stone slab door that could be closed "by a bar that slid in bar-holes cut in the stone door jambs".[9]

A sophisticated drainage system was even incorporated into the village's design, one that included a primitive form of toilet in each dwelling. Seven of the houses have similar furniture, with the beds and dresser in the same places in each house. The dresser stands against the wall opposite the door, and would have been the first thing seen by anyone entering the dwelling.

Each of these houses has the larger bed on the right side of the doorway and the smaller on the left. Lloyd Laing noted that this pattern accorded with Hebridean custom up to the early 20th century suggesting that the husband's bed was the larger and the wife's was the smaller.[10]

The discovery of beads and paint-pots in some of the smaller beds may support this interpretation. (Central Asian yurt dwellings have an identical internal spatial gender assignment, central fire and storage chest opposite the entrance.[citation needed]) Additional support may come from the recognition that stone boxes lie to the left of most doorways, forcing the person entering the house to turn to the right-hand, 'male', side of the dwelling.[11] At the front of each bed lie the stumps of stone pillars that may have supported a canopy of fur; another link with recent Hebridean style.[12]

Evidence of home furnishings
The eighth house has no storage boxes or dresser, but has been divided into something resembling small cubicles. When this house was excavated, fragments of stone, bone and antler were found. It is possible that this building was used as a house to make simple tools such as bone needles or flint axes.[13]

The presence of heat-damaged volcanic rocks and what appears to be a flue, support this interpretation. House 8 is distinctive in other ways as well. It is a stand-alone structure not surrounded by midden,[14] instead there is a "porch" protecting the entrance through walls that are over 2 metres (6.6 ft) thick.

Thanks for the National Geographic link there to the Neanderthal article, that was well worth a read!

It is a fascinating article.

I would like for the use of feathers and black pigments to be for quill pen and ink. I use these in my art, there is such a natural flow of line from a quill pen that is a joy to use. There are so many great cave art finds and now a possible Neanderthal attempt at art in a cave, I wouldn't be at all surprised if it becomes known that Neanderthal were also doing more complex drawings like those at Chauvet. The lines between Homo neanderthalensis and Homo sapiens has continually become blurred. There are likely far more fascinating finds giving clarity to human ancestry.


Last month a study led by the Gibraltar Museum and published in PLOS ONE documented a multitude of fossil remains of bird wings, particularly from big black raptors, at Neanderthal sites in southern Europe. The team suggested that Neanderthals could have been plucking feathers from the wings for personal use or even for ritual ornaments.

Sophisticated art, however, still appears to remain in the realm of H. sapiens.

The ancestors of modern humans left behind images of animals and other objects in caves around the world, most famously at Lascaux cave and Chauvet Cave (pictures) in southern France. Paintings in the latter cave could be as ancient as 37,000 years old. (See a prehistoric time line.)

Uber cool article, many thanks. What if the pigment was for eye-liner? Or tattoos? Feathers for tribal head-dresses?
That makes me think of neanderthals in a whole new light.
Food for thought and much appreciated,