WOW! Just what the bleep was this idiot thinking. 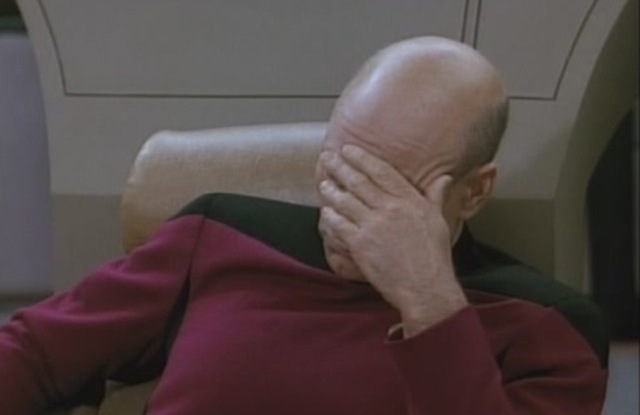 originally posted by: Klassified
But the Pentagon checked only about two-thirds of the names, unearthing roughly 300 defense and intelligence employees who allegedly had viewed child pornography on their work or home computers.

the pentagon employs about 23k people, let's say a more thorough sweep would have dug up an additional 300. so, that's about 2%, which is 3% less than pedos in the general population. it's still 2% too many, but hey.

are there any cases of government officials being busted for cp and contesting the charge? i'd say if this guy doesn't contest, it's probably a straight bust. hope he enjoys those prison showers.

The problem is... it's usually NOT the "employees" - as in "hired" by - the agency (or agencies if this can be considered a 'typical' offender). These guys are getting by the system because their jobs are largely a matter of political appointment... they never answered any "want ads."

i'm pretty sure this is gonna be a stupid question, but do you mean to say that political appointees are more likely to have dirt on them?

the ct angle i see here is the implicit message to tor users that they can be tracked. i hope to christ that's not news to anyone at this point. after all, it was developed by darpa. /shrug

Actually, and thank you for allowing me to expand the statement; in my opinion, political appointees are not hired - although they are on the payroll.

They are not bound by the normal tenets of conduct, nor are they ever responsible for malfeasance, since they "lead" and hardly ever "do" anything...

I would wager that these folks are the one's behind nearly fiasco we see our fools and clowns in office running away from. In the end they don't ever "hit the skids" but instead have the "here's your golden parachute, now resign" option at their disposal.

They are what many refer to as "management confidential," and often have contrived "contributions" to the 'organization' - and reap tremendous benefits - as if they contributed anything substantial. These are the folk whose public service can be strictly judged by the policy they produce. Policy which, by the way, doesn't apply to them.

Aside from small business, (where you don't have the luxury of pretending to be better than everyone else) any organization is likely to be chock-full of these "all day meeting" types. But you almost never see them on ANY unemployment line.

Are all political appointees as I have conjectured above? Certainly not, they betray or sabotage each other eventually.

Are many that kind of public employee? I dare say yes.

yeah, i'm on board with all of that. that's why even though the guy was in charge of cybersecurity, i don't think we can assume any competence. more of a numbnuts than a ninja, would be my guess.

was he about to become a whistle blower perhaps?

Remember that expose video on government officials into kids that never got aired a few years ago? More of the same. Same crowd, same untouchables. Be interesting to know what this guy did to lose his protection.

originally posted by: Bone75
a reply to: Maxmars

First thought that crossed my mind as well.

A person in this position knows what the consequences are for KP, and I would highly doubt he would be stupid enough to keep any around, and if he was stupid, then I would wager it would all be encrypted somehow.

I used to work IT and many times servers, and peoples computers got high-jacked for the very purpose of distributing KP, without the owners knowledge.

Sorry, if that was the case, I would expect to find him hanging in his cell with a torn sheet or shoe lace...

Not that he would've done that to himself.


Be interesting to know how many convicted of this have claimed they were set up.

If he is this type of scum bag then fine... Nail him to the wall. Historically speaking though, they don't look to hard at the evidence once that accusation has been made. Because of his association with the establishment I am suspicious.