The Strange Story Of An Artist With Pineal Cancer

Hellol no its not all aztec stuff. There is inca stuff there, nazca, ufo, third eye symbolism , biology and lots more...

wow great find....for some reason it made me think of my friend who is heavy into permaculture...he calls suburban gardens "organized chaos"...nature is chaotic and that is part of the mechanism that works...

posted on Aug, 28 2014 @ 09:45 AM
link
Anyone else notice multiple reoccurrence of the all seeing pyramid eye?

And that artwork is only a pale representation.

posted on Aug, 28 2014 @ 11:39 AM
link
Incredible art, fascinating subject.
There was at one time on here or another site - I forget - a huge thread on the Pineal gland and D-M-T
Really an infinitely fascinating topic of discussion.

what immediately jumps out at me is his use(probably unknowingly) of archtype symbols that have to do with the third eye, chakras etc.

for example the lightening bolt through the pyramid in one of his paintings. the lightening bolt is the archtype symbol for "activation", referring to kundalini activation. also superimposed above his third eye in one of the paintings is a violet infinity symbol. the infinity symbol is also another archtype symbol which i believe corresponds to the crown chakra point and represents our connection to our higher selves/god/the universe.

and like others have mentioned there's a lot of third eye in the pyramid stuff. also saw monarch butterflies, two snakes facing each other all of which are also heavily symbolic...

there's a lot going on in his work. i think anyone who has done meditation/chakra work knows that the pineal gland is our third eye, it's the bridge for the physical and spiritual worlds. after doing enough meditation focusing on the activation of one's third eye, you will actually start feeling your pineal gland vibrate. once you start getting control over your pineal gland you work it out like a muscle and amazing things can be accomplished with enough practice.

As the cancer progressed, the damage to the pineal became greater.

This shows the inverse relationship of the pineal to 'spirituality'.

It would more likely indicate that the rest of the brain is a source of 'spirituality' (and this would be supported by the results of transcranial magnetic stimulation) and that the pineal is an inhibitor.


I instantly thought the same thing. How can a cancer make an organ to work better? It rather damages it. Doesn´t this hint, that pineal is actually inhibitor and deactivation makes spiritual experiences stronger? Good conspiracy potential here

But paintings are amazing and thought provoking.

posted on Aug, 28 2014 @ 01:04 PM
link
I have to agree with a few commentors that he's not really using any new imagery in his works. Everyone is saturated with all of that iconography via movies, music, etc. Compare the actual content to any of these '___'-inspired pieces of Art for some perspective.
That having been said; as a professional artist myself ( My Website; for those that may call BS ), I'm very impressed with his layout and execution, and I would love to see a computer scientist's take on the inverted image that looks so much like a circuit board.
Are there any Cyber-Engineers on ATS that can tell if it's just jibberish or not?

No matter how they were spawned, they are absolutely spell-binding!

posted on Aug, 28 2014 @ 01:17 PM
link
a reply to: Aural
You're right, there is no psilocybin in the human body. There is no where in the body that it is produced naturally. However, '___'- Dimethyltryptamine is produced by practically every living creature on earth. It is also the most potent hallucinogen known to man. The pineal gland is responsible for a large production of '___'. Our pineal gland has been linked to a lot of different things, our emotions, our vision, our thoughts, the way we interact with the world. As of now no scientist has any explanation for why this chemical exists in our bodies, or why basically every creature on earth can also be found with '___' in their bodies. I could sit here and focus on things that can't be proven regarding the nature of what we perceive, but instead i'm going to focus on things that can be proven.

'___' is a strong hallucinogenic drug that causes vivid, intense hallucinations in the user. '___' is found in all living things around the world. It's role is unclear in consciousness, however when you add extra amounts into your body you begin an intense trip. These trips are often very hard to explain as many users say it takes you into another dimension. A few things I noticed from people explaining the trips. It caused them to see vivid geometrical shapes and patterns, they could no longer distinguish size, they could not understand the concept or awareness of self, they become one with their environments losing track of their "edge", etc. After looking at his drawings, paintings. It's clear to me that he obviously had a problem with his pineal, he more than likely had a higher dmt production in his brain. That would explain his artistic abilities. His subconcious played a huge role in the things he interpreted through his art. If you look at a lot of them, you can really see certain things that look like cancerous cells dividing and growing, or certain things that look like they are being destroyed and replaced. It's quite interesting.

In 2013, researchers first reported '___' in the pineal gland microdialysate of rodents. Rodent '___'

In 2011, Nicholas V. Cozzi, of the University of Wisconsin School of Medicine and Public Health, concluded that INMT, an enzyme that may be associated with the biosynthesis of '___' and endogenous hallucinogens, is present in the primate (rhesus macaque) pineal gland, retinal ganglion neurons, and spinal cordPrimate '___'

That is wild! Nice catch!

The similarities between his artwork and computer bits is wild. This piece of his titled Motherbrain Decoding the Psychonautical Device and a computer Motherboard really appear to resemble each other, not exactly but it's pretty evident what it is. Especially given the name of the painting. 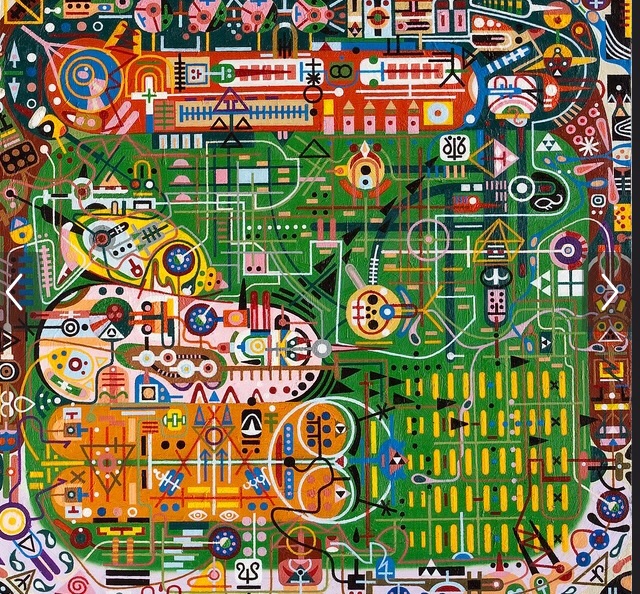 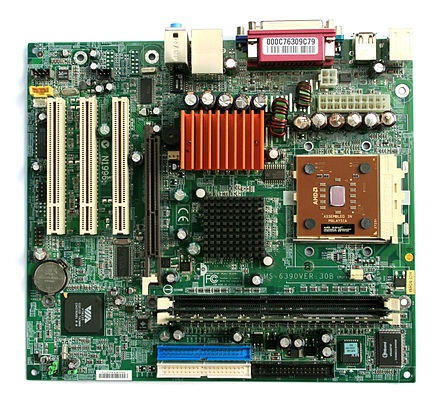 We have been told for so long that the pineal gland is the 'third eye', the 'centre of consciousness, etc..etc...

I tend to think 180 degrees to mainstream 'thought'.

My hypothesis is that the pineal gland is actually the organ of control, of our enslavement to this 3d/time realm. (or whatever)

The ball and chain for our minds.

Now lets see how strongly your gland riles to this thought.

. It's not mainstream thought. Most scientists won't even touch the Pineal gland phenomena.

Ah how I look forward to the future where the knowledge of our pineal gland is not a secret.

We are very powerful energetic beings, this there is no doubt, this is one of the reasons I find it funny that we have forgotten our true nature to play out this cycle of suffering/remembering!

It is knowing these things to be true that makes me as optomistic as I am in the face of this global oppression, for no matter how clever these controllers are they can not suppress the vibrations that are liberating the world!!

Shawn Thortons work is an inspiration to us all!!

at first glance at the depicted picture, his art appears luminous as systemic wholes, with intricate "parts" articulation... kewl, but motion isn't articulated there-in, so the vision is limited imo. sout.

Its not working better it makes it overactive. Overactive is not exactly better as it could be considered unbalanced. For instance a person with cancer of the pituitary gland will grow to be a giant because it overproduces human growth hormone. I would presume a person with a overactive pineal will fall asleep a lot possibly.

I think you misunderstood because of the censorship of Dimethyltryptamine . I was saying because he does Psilocybin Mushrooms it makes it less of a thing to show off or point to Dimethyltryptamine i relation to the pineal gland. Of course even without drugs I myself could have made similar imagery. Hes been exposed to this stuff before, he already knew about these spiritual symbols and whatnot.

Dimethyltryptamine metabolises quickly in the body so its never been found in peoples pineal gland if its there. All the speculation over calling it some spiritual medium is just that speculation and it comes mostly from people refering to Rick Strassmans writings. Dimethyltryptamine is not necessarily an intentional product of physiology it may just be a waste bi product. It could have some spiritual use sure but i dont think its the only thing involved if it is. Its just a small aspect.

Those links are nice though as I had not heard those before.

posted on Aug, 29 2014 @ 12:53 AM
link
Chaotic indeed, I don't find it very aesthetically pleasing. Kind of ugly, like a bunch of smaller random doodles drawn onto one canvas. Not my type of art I guess.


Reread what I said mate....
I said 'I tend to think 180 degrees to mainstream 'thought'. '
As a segue into my hypothesis
Never said mainstream thought of scientists either.

Although I don't see how you could dispute that the predominant opinion (not necessarily of scientists) is that the pineal is 'good'.
Just read (or reread ) this thread

Agree the scientist / pineal gland thing though.
edit on C2014vAmerica/ChicagoFri, 29 Aug 2014 05:34:57 -050031AM5America/Chicago8 by CovertAgenda because: clarification for those who cant read