posted on Aug, 26 2014 @ 10:12 PM
link
This is for all those people who've been complaining about how much water is being wasted on the ALS fundraiser.

Matt Damon was conflicted when friends Jimmy Kimmel and Ben Affleck called on him to complete the ALS ice bucket challenge. The award-winning actor wanted to help a good cause, but didn't want to waste clean water in the process.

So, he did what any good humanitarian would do: He used toilet water instead.

The ice bucket challenge, which calls on participants to donate toward research of ALS (amyotrophic lateral sclerosis, or Lou Gehrig's disease) or dump a bucket of ice water over their heads within 24 hours of being challenged, presented a dilemma for the Water.org co-founder. The nonprofit is dedicated to providing clean drinking water and sanitation solutions to those in underserved regions of the world, so naturally, wasting even just one bucket seemed unnecessary.

The ice bucket challenge has raised more than $88.5 million & counting for ALS. I think it is super amazing, a low profile disease that doesn't get much attention, is getting lots of money.

I'm tired of hearing all the complaining people are doing about this "Think about those in Africa" & "No one is paying any real attention to ALS, they are just doing it to be "cool". " To that I respond:

-Even if only 10% of the people doing the challenge, actually look it up to see what ALS is, that's 10% more that didn't know before hand.

For people who have lost someone to ALS, this fundraiser is a very big deal to them.

This is so amazing, there is a cure to be found for sure and hope for those suffering this deadly disease. Thank you all so much for your out pouring of support and money. It means so much to families like mine that have had loved ones ripped away from us (they are not lost, we did not misplace them, they were ripped away from our loving arms and died in an agonizing slow death trapped in a useless body in front of us for months, while we stood by watching them, helping them as best we could, crying, screaming and praying). I pray for a day in the near future that when someone gets the diagnosis of ALS, that they are no longer brought to their knees in despair but are able to breathe a sigh of relief that there is hope and that it is not a death sentence for them and their families. I am so proud of Canada and the US and other countries that are supporting us as well in raising awareness and money to eradicate this disease.

This is what my cousin had to say recently about the fundraiser. She lost her father to ALS in a years time & it was very hard. He went quickly but suffered greatly.

I hope the next time you want to complain about the ALS ice bucket challenge, you decide not to. It's raised lots of money & that is all that matters to the families who have lost someone to the disease.

Although I applaud that man for finding a way to do it within his values.

posted on Aug, 26 2014 @ 10:21 PM
link
I think that's great as well. I am glad so much has been raised to help such a worthy cause. There are a lot of lesser known diseases that never get the limelight because of cancer, aids, etc. All need help, but some do get more attention than others.

I would be willing to bet that those complaining of wasting water do not think anything about eating at all you can eat buffets and stuffing themselves while someone somewhere is starving. They probably don't think about having 10 pairs of shoes and buying another pair when there are so many that can't afford adequate clothing and shoes. They turn their thermostat up and down on a whim wasting electricity and never thinking about others that live and die on this planet that will never experience that.

I could go on and on, but I will not. I'm just really tired of people picking and choosing to be holier than thou about one thing while they are the same hypocrite (with a different medium) doing it with another. Nobody is living in a shack without electricity, running water, one set of clothes, and digging in the dumpster because enjoying something would mean you didn't give a shiite about a whole continent of folks that are suffering.

That's all I have to say about that.

posted on Aug, 26 2014 @ 10:22 PM
link
This is clean toilet water, it's the same water that comes out of the sink!
So I don't see how it saved water? Unless he went to the toilet pre ice bucket challenge.

Most people's toilet tanks are clean so you can do things like that. You are told in an emergency you can drink water from your toilet tank. ((Again, as long as your tank is clean))

sorry for being off topic... but that picture lol

I thought it was some recycling process going on. Like for lawns.


That's actually a pretty good way out of his dilemma....way to go Matt Damon!!

Well, I'm 48 now and I can remember adds on TV when I was a kid, for Africa and the starving people there, send us money

Many years later not to mention millions and millions of dollars later, they are still asking for money

A while back my husband and I saw on an Investigative Report how the money was being funneled to help build swimming pools and tennis courts for the not-so-needy, etc, etc, and ever since then, we are skeptical about how/where the money is spent

With the millions that Bill Gates donates plus half of Hollywood, they shouldn't have any hunger problems at all

Besides, we have our own problems here in the US to take care of, our own homeless and hungry plus numerous other problems

I think it's great that they are trying to raise money for ALS and make people more aware, even if it is by way of 'toilet water'...LOL

Most of them are donating and dumping. The dumping is what started it and people just kept doing it to raise more awareness.

Meh, I give it one and a half stars. Not as good as the Borne movies, but better than Promised Land.


This is for all those people who've been complaining about how much water is being wasted on the ALS fundraiser.

LOL! How many showers did he take afterward though?

originally posted by: knightsofcydonia
If I see ONE more ice bucket challenge.............

Let me finish that for you.


It's not that people don't care. people do donate, and have in the past, as well as organizations and countries. It boils down to regional and political greed in those areas. Such as when supplies of food etc., are dropped but militarized men come and confiscate the items.

Hes just gone up several levels in my book, i quite liked him for dogma and good will hunting and a few others.

This is very impressive, good man!! 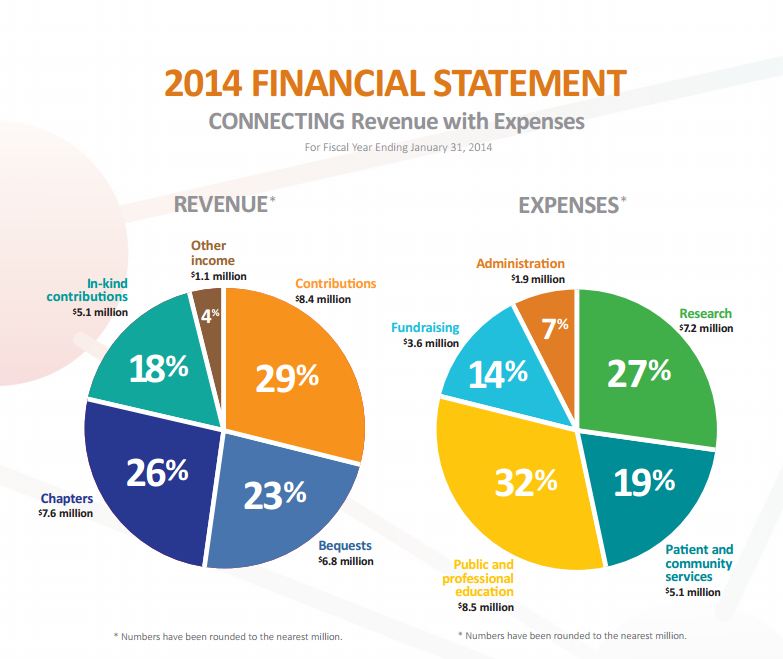 ALSA Financial from 2013
I used to work for a telemarketing firm that cold-called for donations for Breast Cancer and various Veteran's causes, among other things. Our disclaimer (which we read only if the customer asked about the numbers) said that only 12% of what we got was going directly to the charities. Everything else was payroll, materials, legal stuff, etc. You know what? People still donated. Unfortunately it does cost money to raise money.