I was looking for one of mikesinghs anomalies and i was lucky enough to find it. 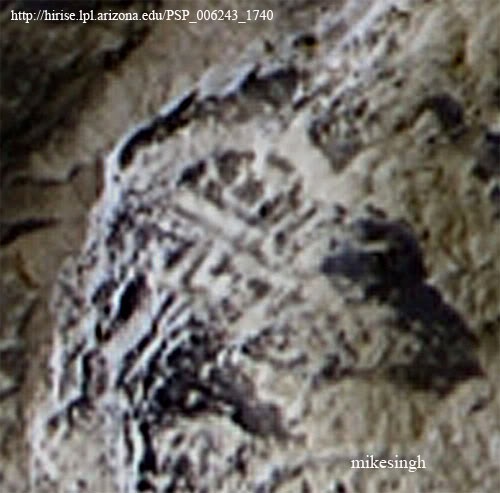 location is marked in the above image, www.uahirise.org...

Anyway on the same image i found this line. 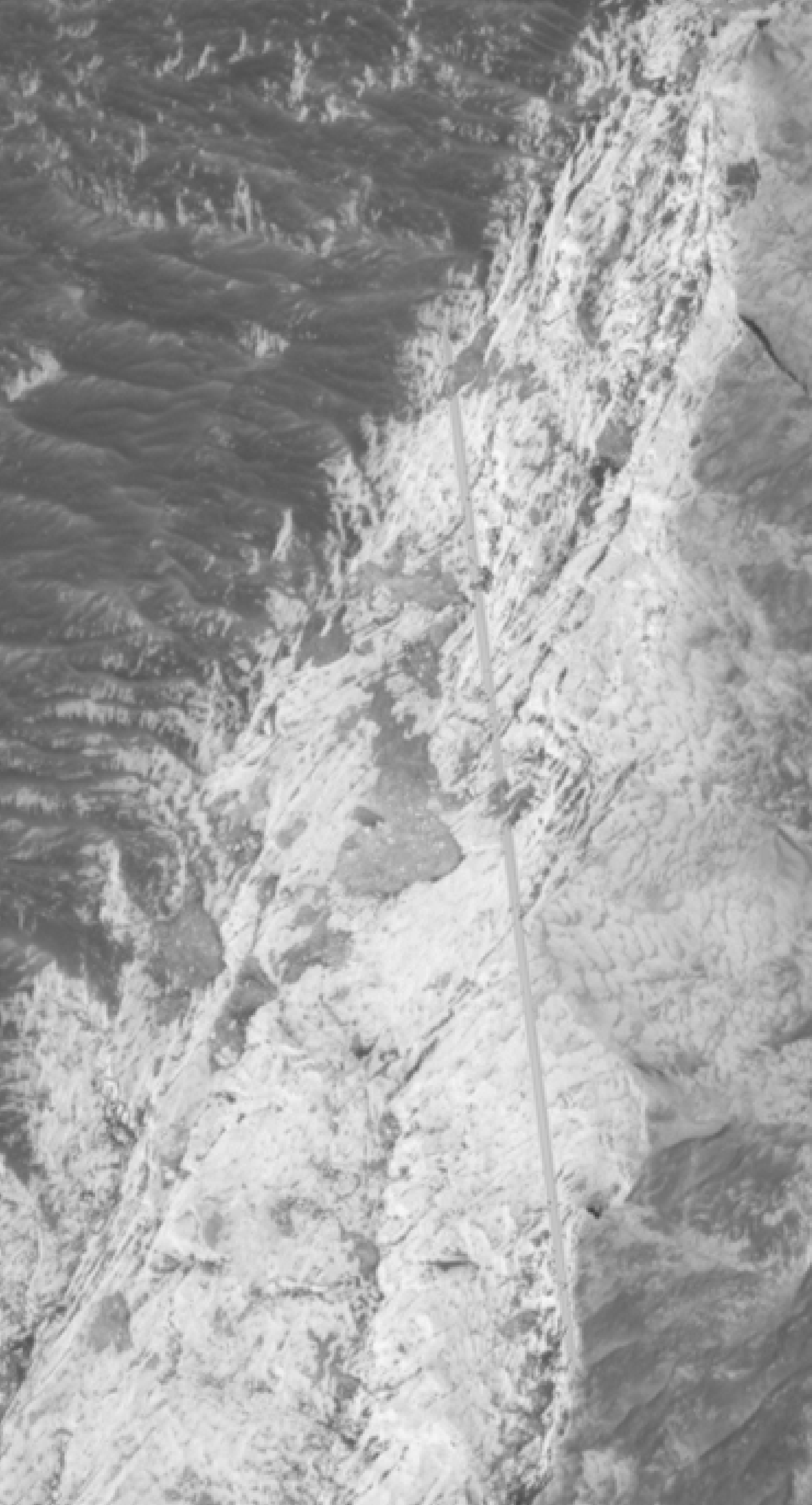 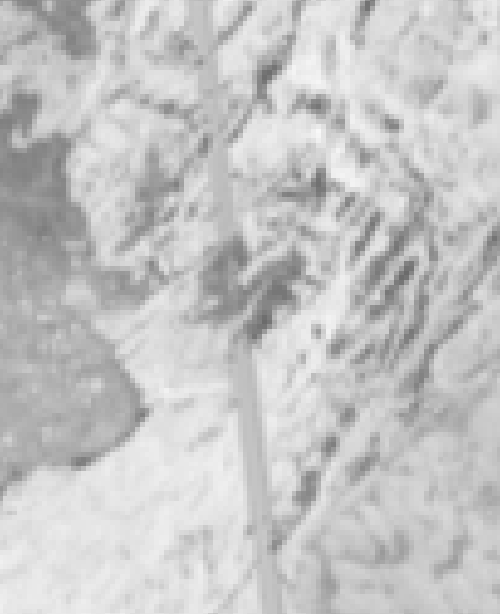 Is that line formation strange ? 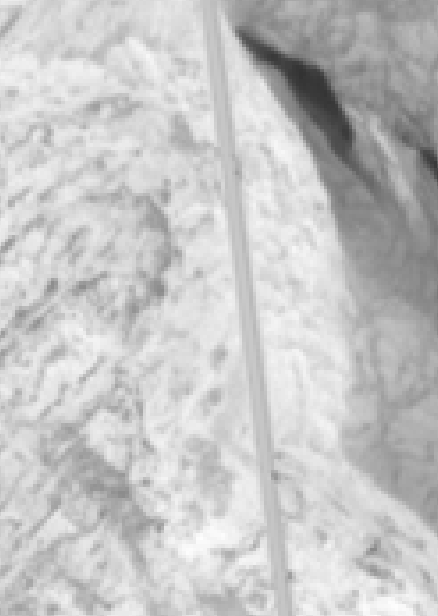 posted on Aug, 25 2014 @ 08:29 PM
link
Asteroid streak? Some other artifact? Anything travelling in a straight line across the surface should stop the minute it hits a valley.

posted on Aug, 25 2014 @ 09:31 PM
link
I looked at the non-map projected view, and the line is indeed exactly vertical (it appears in several places in the image, in the exact same horizontal location across the image). So it's definitely a pixel error.

Maybe the image is suppose to be turned this way:

or perhaps it`s suppose to be turned this way:

notice the numbers or letters, or whatever they are, that seem to be carved into the rock on the left side of the picture just past where the line ends and a bit above it? 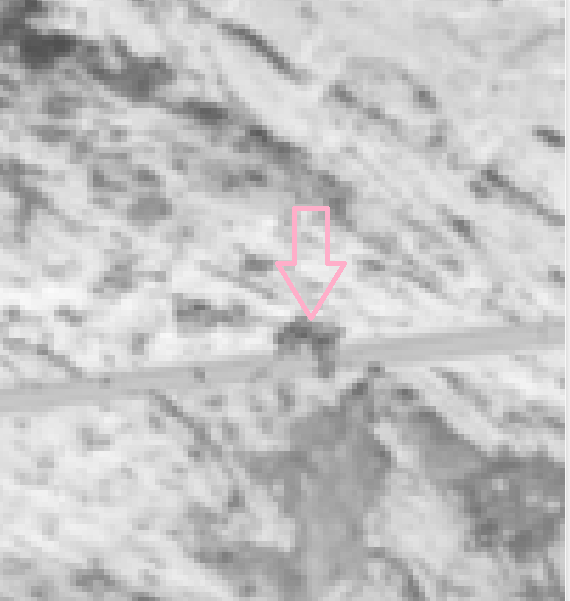 Lol its a bridge?

posted on Aug, 25 2014 @ 10:58 PM
link
Finding a higher resolution of the same area will usually clear up any misundertandings or misinterpretations.

Look again at how the topography cut's through the line, it is no imaging error and is a ground feature.

originally posted by: Blue Shift
Finding a higher resolution of the same area will usually clear up any misundertandings or misinterpretations.

Not if it has already been processed before it is released.

Go look at the non-map projected view. Heck of a coincidence this feature is exactly, perfectly vertical, which means the line exactly follows the same pixel(s) on the camera sensor over the entire exposure.

Here's the first formation at 1:1 scale (with resolution of about 1.6 m/pixel), from the non-map RGB image: 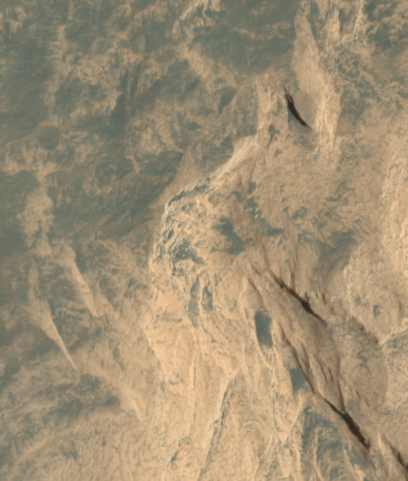 Here it is again at 1:1 scale, from the map-projected image: 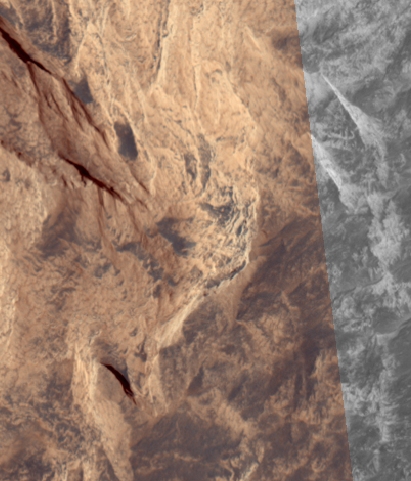 And at enlarged x4: 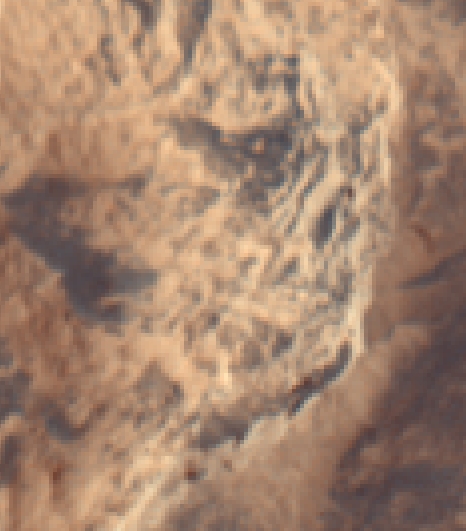 Pareidolia and imagination can read a lot of things into images like that, but all we're essentially looking at here is the natural terrain, with various geological formations such as cliffs, shales, fault lines, etc. Nature can produce straight lines and right angles no problem!

As for the big straight line through the image, I agree with others that it's an image artifact, seeing how it lines up perfectly with the CCD sensor orientation. It's also translucent, and you can see the real terrain features through it.

[Edit] I found an even better resolution image for the first formation, at about 0.5 m/pixel, and at lower sun angle: 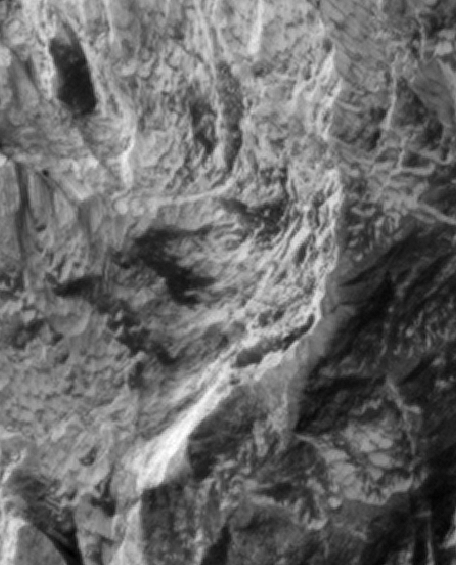 It looks even more natural and non-suspicious.
edit on 26-8-2014 by wildespace because: (no reason given)