posted on Aug, 23 2014 @ 09:33 PM
link
Been there for nearly 100 years and now thanks to Long Island's exceptionally high cost of living/survival for businesses and citizens alike, they're moving to places like Pennsylvania. 265 workers, 176 laid off. Being a former resident of Long Island, the east end, I can tell you personally that it is expensive. The local politicians are corrupt as can be and it's truly a victim of modernization. You saw beautiful areas like Oakdale, the South Shore, that were home to gorgeous homes nestled next to strips of corporate businesses overshadowing their locally owned brethren.

Other areas like Ridge struggle to maintain what's left of their former decency thanks to corporate influences and a population facing stagnant wages and dependency on state and federal assistance (Most specifically older people and low income families, jobless, etc).

LI, another example of the haves eating the have nots alive and making the planet a less-habitable place for everyone.

Entenmann's A Sweet Existence, A Bitter End
edit on 23-8-2014 by Yeahkeepwatchingme because: title

I must have misunderstood you. Do you really think the cause of the problem was:

corporate influences and a population facing stagnant wages and dependency on state and federal assistance (Most specifically older people and low income families, jobless, etc). LI, another example of the haves eating the have nots alive and making the planet a less-habitable place for everyone.

The truth is that many of those corporate evils you talk about likely have factories somewhere, possibly even in the US, just not where the local conditions have made them impossible to run.

And you're right, political practices do make factories unprofitable, but who ultimately has to vote for the politicians? Despite the corporations, they still do not cast votes. It's still got to be the same people on the ground who get promised goodies from the same politicians who, in turn, run their livelihoods out of town.

West Virginian Coal Miners are learning this the hard way right now, too. Many voted for Obama on the advice of their union rather than really thinking about what they were doing, and now, Obama's policies are killing the mines many of the miners depend on for a living. 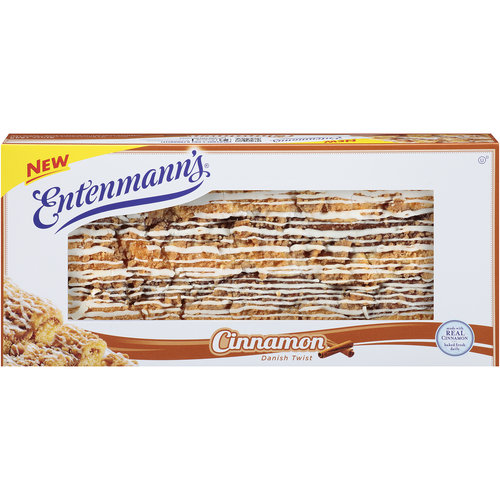 too bad they had to sell the business to foreign investors

a puppet company of the illuminati, making room for good and wholesome business is what we have here.

all in all, i can't wait to get out of LI. what a hell hole.

Yeah I have to correct myself because I made this while we were getting ready for bed. What I mean by the corporate influence on LI is large corps like McDonald's, Wal-Mart, Home Depot, Lowe's and the other giants that eat at traditional corporations like Entenmann's. Wal-Mart started as a small store and grew into an international octopus.

Entenmann's despite being vast pales in comparison to the "corporate influence" I mentioned on LI. Despite both being corps, there seems to be a difference between Wal-Mart that monopolizes areas (even if it employs many it keeps them in the poverty circle) and quality items like Entenmann's.

Oh, has anyone ever been to one of their outlet stores? Entenmann's sells at a nice discount the imperfect items. Such as cake with too much frosting on one side, or very tiny flaws that weren't acceptable to large stores. I like how they do that because they don't waste it, they allow the consumer to make the cheaper choice and buy an imperfect item.

Total puppets of the PTB, despite what level of corp they are but very tasty.

I didn't even know we had a factory here. Bummer for all those who will lose their jobs. I hope better fortunes come their way.

What politicians aren't corrupt? They don't call Brookhaven Crookhaven for nothing.
edit on 23-8-2014 by Swills because: (no reason given)

can you prove that or is that a baseless theory?

sorry to attack your lovely crumb cakes, but this is more poison than it is food.
there's a reason asian countries don't eat bread.

it has all kinds of detrimental health effects ranging from clouded thought patterns to chronic fatigue.

[snip]
edit on 24-8-2014 by Kandinsky because: Snipped unnecessary comment

Where are you going to go when you leave Long Island? The whole everything is screwed up now unless you want to live off the grid in a far away land.

Somewhere more livable? Hard to find today.
edit on 2014 by BlubberyConspiracy because: (no reason given)

You guessed it, man.
I'm leaving ASAP for a new life in Asia.

They are true to the word 'organic' where food is not genetically modified, sprayed with poison, or laced with alzheimer's-inducing syrups. Ignorance IS bliss and we will all die some day, but why not live your life exactly the way you want to?

Somewhere more 'livable' than long island is not hard to find today. You've got your comfort zone set pretty tight.
I would rather die than live here another 5 years! Don't let the fear-mongering get to you. Live your dream.