During a news conference early Monday morning, Capt. Ron Johnson with the Missouri State Highway Patrol, said what started as a calm evening of prayers and message of peace turned violent after dark.

Johnson said overnight Molotov cocktails were thrown, shots were fired, and stores were vandalized and looted. He also said there were "other acts of violence that appear to not have been spontaneous, but premeditated attacks designed to damage property, hurt people,

Now that the Michael Brown autopsy is out--- it looks like everyone is expecting things to get real bad real fast. The most recent report says at least two bus loads of National Guardsmen are in route right now! and less than a minute ago it was posted that Police are not allowing demonstrators to gather at QT and will not allow any kind of gathering to take place today whatsoever! 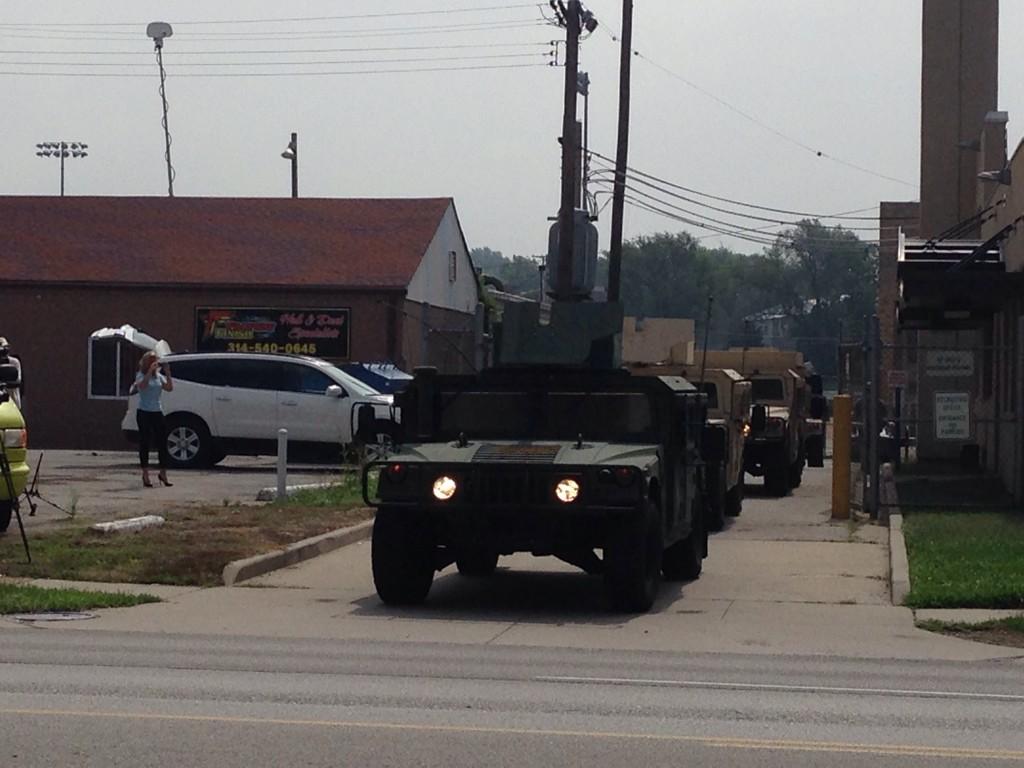 There is also a behind the scenes account in a blog by a supposed St Louis Officer who's not pulling any punches on their side of this story.
Wordpress Blog

-The Circumstances in Ferguson did not improve after Capt. Johnson took over command on Thursday night. The narrative that peace had returned was preordained and a lie. Officers not wearing riot gear were injured that night, while others were told to stand down when responding to looting and other violence. If a tree falls in the woods…

a little further down he writes.


The group moved back and around the corner behind some brush so St. Louis
County had their helicopter move in and spotlight the area. We hadn’t seen
much of the helicopter tonight because it was having to move around pretty
steadily in order to avoid taking fire. Multiple shots had been fired at
the helicopter one of several times it had been stationary further shedding
doubt on the notion of “peaceful” protest.

then lastly very near the end he posted.


Furthermore, as of the night of 8/14/2014 going into 8/15/2014, violence
has not ended in Ferguson. As soon as I walked in the door, I heard a
shots fired call near W. Florissant and Chambers involving a woman who had
bullets coming into her house. Numerous reports of shots fired and people
flourishing firearms went on throughout the night. This is NOT peace and
the media is lying.

Clearly mainstream media has chosen sides and are downplaying just how violent these protesters really are. I'd go so far to say that these people are not protesting anything, simply taking advantage of the anarchy.

I've also been following a Live feed on Reddit
and I will also add a St. Louis County Police Scanner