I like cars and am a petrol head chickadee and no doubt this sweet ride is seksi shmexy in anyones eyes, but I can't reconcile anyone spending that money on a car.


Thursday’s sale culminates months of furious speculation about the final price of the Ferrari, which is known by its chassis number 3851GT. Though bidding failed to meet expectations, $38 million sets a new high for a classic car market that has surged in recent years. It beats the previous record sale of nearly $30 million, for a Mercedes W196 sold in England last year.

The GTO is among the world’s most rare and coveted cars.

The car that sold Thursday, like many Ferraris of its era, was hardly coddled in its early years. The 3851GT was raced, wrecked and rebuilt more than once. Two months after it was purchased, French race driver Henri Oreiller, a retired Olympic gold-medal skier, slammed the car into the side of a building and died shortly thereafter.

Some experts had speculated that the fatal crash — the only one involving a GTO — could hurt the value of the car. Others predicted its extreme rarity — and a history of one owner for nearly a half century — would overcome any such concerns. 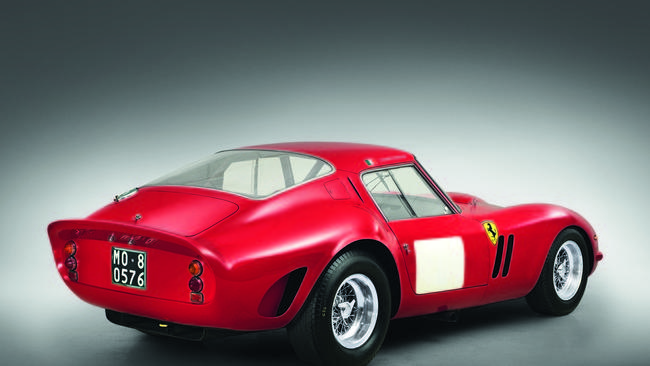 posted on Aug, 15 2014 @ 11:32 PM
link
I paid fifty bucks for my 69 mustang special edition in seventy five. The 429 was blown up and removed already. I stuck a 302 cleveland in it from my wrecked Comet which the insurance company totaled. I had about a hundred bucks into that car plus the work to switch the engine and tranny and have the driveshaft shortened.

I wouldn't pay ten thousand for that sardine can let alone 38 million.

Put it away in a collection or a garage somewhere, it'll probably be worth three times that in ten to twenty years.

To give you an idea I bought a V8 Torana for $500 in the late 80s as my first car, turned out to be an SLR, the sports model of the time.

Should have put mine in the shed.

Money is relative. If you have tons of it then what difference does it make what you spend it on or how much? Though the cost was $38 million the relative cost to the buyer may have been $38 thousand.

Personally I'd have looked for a real GTO.

Would I? ... No. That simple. Not even if I had all the cash I could imagine.

That said, I might buy it for you, if you asked.

That doesn't mean its actually worth that much... It just means some egotistical rich a-holes got in a bidding war.

Nothing more nothing less.

Ferrari's don`t lose their value, so it`s always a good buy over other cars...

...and with the debasement of money atm, it might be a good hedge.

posted on Aug, 16 2014 @ 01:21 AM
link
No. If I won 20 million even, I'd buy good second hand extended cab trucks for the kids and me, for say 5000 each. And second hand fifth wheels, no more than 5000 each. Would spend money on homes for family and friends and some of the troubled ministry kids I've met, and energy devices for the people in my area, ie. wind/solar/stirling engines/and various other experiments too, to try and get every family interested off grid, and really shove it to Fortis. Then do court actions against Fortis and the government, not government money, no those who personally sold out our BC'ers to these Foreign sharks when we want our BC HYDRO back, would be sued to repay the billions they owe British Columbians, and for damages for pain and torture of the elderly who had their power, that used to be under 100 a month, now is at 300 in even the summer, or more.. Some people's due to the faulty digital meters tripled/quadrupled, etc. Well some of those elderly had power shut out and Meals on Wheels delivering to their powerless homes.

And Fortis would be sued, we'd be coming for them. Time to empty their pockets and tighten their belts.

TS DEMONIC AND EVIL. And for those who managed to pay out all their savings and grocery moeny for their whole families, to these demons, sorry man, we all want it back.

I would ensure with my money court cases, and that they, and the government officials who cut these deals, wouldn't a pot to piss in.

Then I'd do other court actions. There is alot unlawful illegal, unconstiutional and violations of human rights, crimes against humanity going on. GMO! And every fascist unlawful thing they have on the books. Their laws are crimes and I'd be taking action.

Can't think of better use of the money except for feeding the poor. Homes, energy, law suits and helping others, and all for as cheap as possible.

Anyone in this world that spends money on luxury items like that instead of helping others, law suits etc, is a lower dimensional to me.
edit on 16-8-2014 by Unity_99 because: (no reason given)

I have a good friend that works on them and he always says hes underpaid lol Im not sure if I had the money that I would buy one. And my buddy he just washes them lol. I do think they are awesome cars though

originally posted by: corsair00
a reply to: Snarl

Your wish is your genie's command.

I wish I could star you 10x for that.

Unfortunatly, even though I agree with your sentiments, 20 million would be like chump change for these idiots to shut you down with.

I'm sure every one of us here would take that kind of money and use it to help those closest to us and even those who need it the most, but to take on the big corps and even have a chance of winning you'd need 10x that sadly.

I need to feed my genie. Or maybe I just need one of Dr. Fred Bell's quantum entanglement pyramid contraptions on my head when I make wishes. I guess I could always resort to Satan(ism)...

I was going to bid on it, but my garage is full.

I'd sell it. Donate 10m to the school district my child would be growing up with and find way to donate easily another 10m to people who lack education without some profiteer taking a chunk out of it and calling itself a fundraiser.

originally posted by: 74Templar
a reply to: Unity_99

Unfortunatly, even though I agree with your sentiments, 20 million would be like chump change for these idiots to shut you down with.

I'm sure every one of us here would take that kind of money and use it to help those closest to us and even those who need it the most, but to take on the big corps and even have a chance of winning you'd need 10x that sadly.

Thats why you get unity and rally many people. That kind of money is enough to get those groups going and thus increase the pot.

Including, how you choose representation. I'd get some really good aspiring law students on board and it would cheaper to pay off their student loans for them, maybe spend up to a million out of that on helping the law students get their educations than allowing a lawyer to take huge chunks.

Do with people power. Its not a one man job but even a small portion of what this car costs would be enough to help friends and family and needy and get groups off and going.

Very hard to do otherwise. For ordinary people without that money, miracles could happen in getting things organzied, BUT it would take some majory personalities and gifted speakers, akin to the old school community leaders and NDP party speakers, to even rally so many people. And in my own experience sizing people up, those kind are snakes in the grass. People with good social gifts, tend to abuse them for personal gain, much of the time, and the honest hearted introspective folk, they don't get listened to.

If there were true aspiring white hats amongst the wealthy, they'd be doing what I said already.

When people get together, the positive thinkers at least, they could sit down in a week and write out 100 better ideas than our fake leaders, the actors hired to distract and lie and never come up with a positive, win/win working solution for anyone or anything.
edit on 16-8-2014 by Unity_99 because: (no reason given)