Video purports to show a man on the moon

TAKE a look at Google Moon and see what you can find. A man on the moon, or is it an alien?

A video claims to show just such a thing — and has already attracted more than a million views.
Wowforreeel, a Youtube user, has uploaded the video after finding a strange shadow walking on the moon. As you can see in the video, the shadow seems like a humanoid figure.

I don't know enough about videos and editing etc. to say if it's real or if it's been tampered with to make it look real. But it does look like the shadow of something standing there. Not quite human maybe. Who knows?

It has been posted here before, it is only dust on the lense.
www.abovetopsecret.com...
edit on 10-8-2014 by hellobruce because: (no reason given)

posted on Aug, 10 2014 @ 05:26 AM
link
"He" didn't leave any footprint towards his position, yeah i know low resolution but if you can make out the "person" and the shadow you should be able to see the footprints or tracks, of course "he" could be using a jetpack.

Debunked a couple of times.
Here thread about this same "spot" a few years ago:


That spot is in preactically every image (a couple thousand pictures) taken by that camera (the Apollo 15 Mapping (Metric) Camera) and appears in the exact same location on all them, Considering it is always in the exact same spot in the frame (upper left of the frame) leads me to believe it was a piece of debris on the bed of the scanner (these images were all print images that were later scanned into a computer to be digitized), or it was in the original camera when the images were taken. 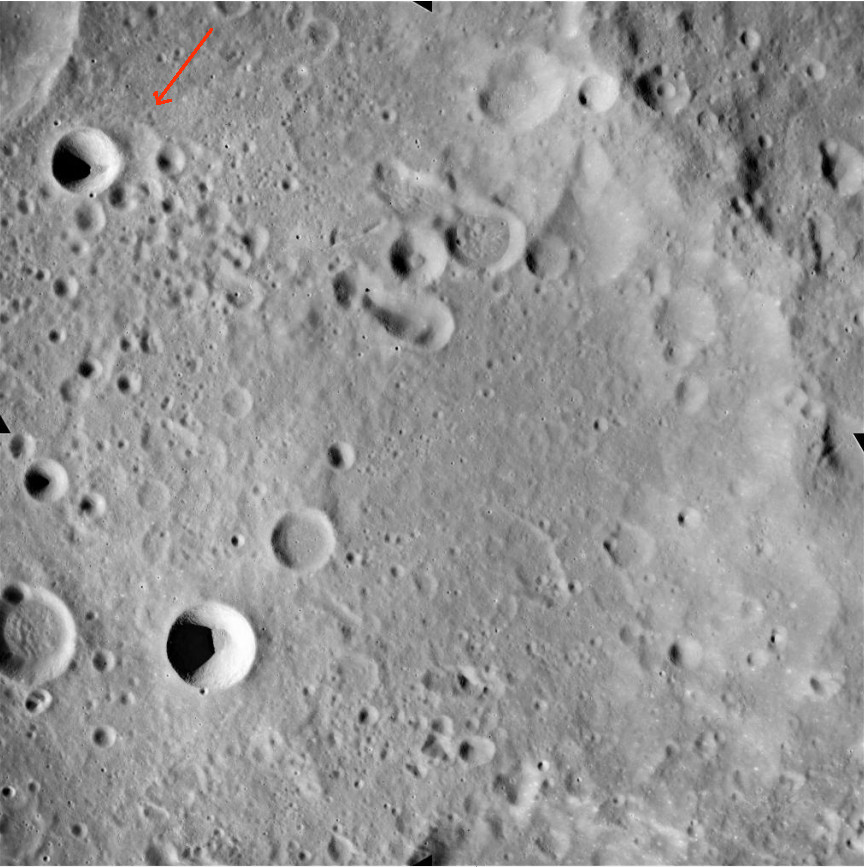 Thanks for the Apollo Mapping Camera link. On a slightly unrelated note, I've realised that one can combine the neighbouring images into 3D anaglyphs, thanks to the motion of the camera relative to the lunar surface. Here's one: 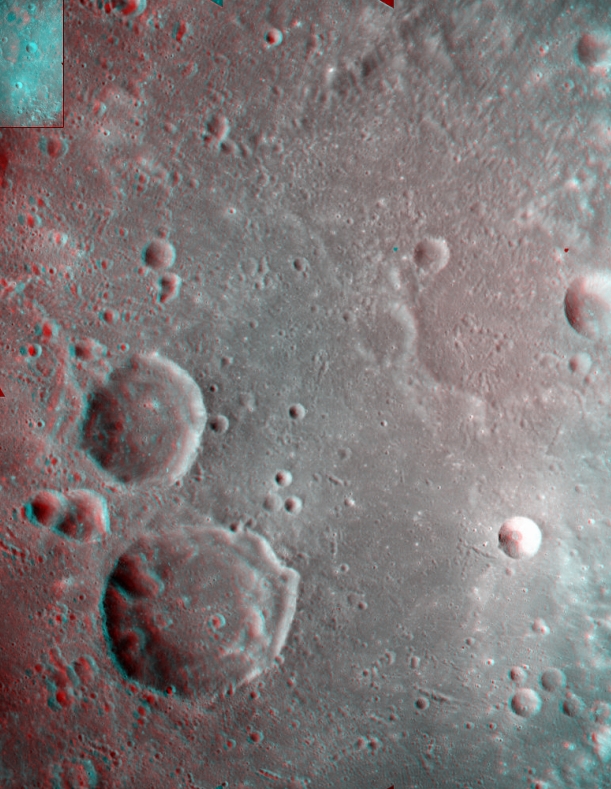 I might make some more, and make a thread about it.

I wonder if the Apollo astronauts saw any level of depth on the Moon from the orbit.

That's a great idea. The 3000+ mapping camera images (albeit not all 3000+ of those show useful Moon data) are successive images of the lunar surface as the Apollo craft flew over it. So it does make sense that two successive images would be of generally the same location -- but from a slightly different perspective.

Therefore, those images should be prime for creating 3D anaglyphs.

What if the moon is what we think she is?

Then she a Jack of all trades, a Deus ex machina, a super solution, part of a plan maybe not so simple to for
our creators to execute but oh so efficient. Than she's used to change live on earth, she can be used as launch pad for rockets to divert incoming comets, a launch pad for spacecraft to go to other planets, a place where our creators left signs of their existence, where they left us technology, knowledge ... a place where human consciousness could survive if on earth takes place a catastrophe that could wipe out humanity in spite of all precautions our creators left us on the moon and that should protect us and other superior things that could be part of
the moons’ secrets ... (maybe you can finish the list).

In short words: it could be a statue left from out creators.

originally posted by: Beach Bum
It is very interesting looking to say the least.

As I posted in the similar thread discussing this same "object" (and I'm not sure why we have two treads on this), it seems that this is either debris on the scanner that was used to digitize the original film images, or maybe it was debris in the camera.

I say this because the object appears in hundreds of the Apollo 15 mapping camera -- pictures that are of totally different parts of the moon, and appearing in the same part of the image frame in all of those images. 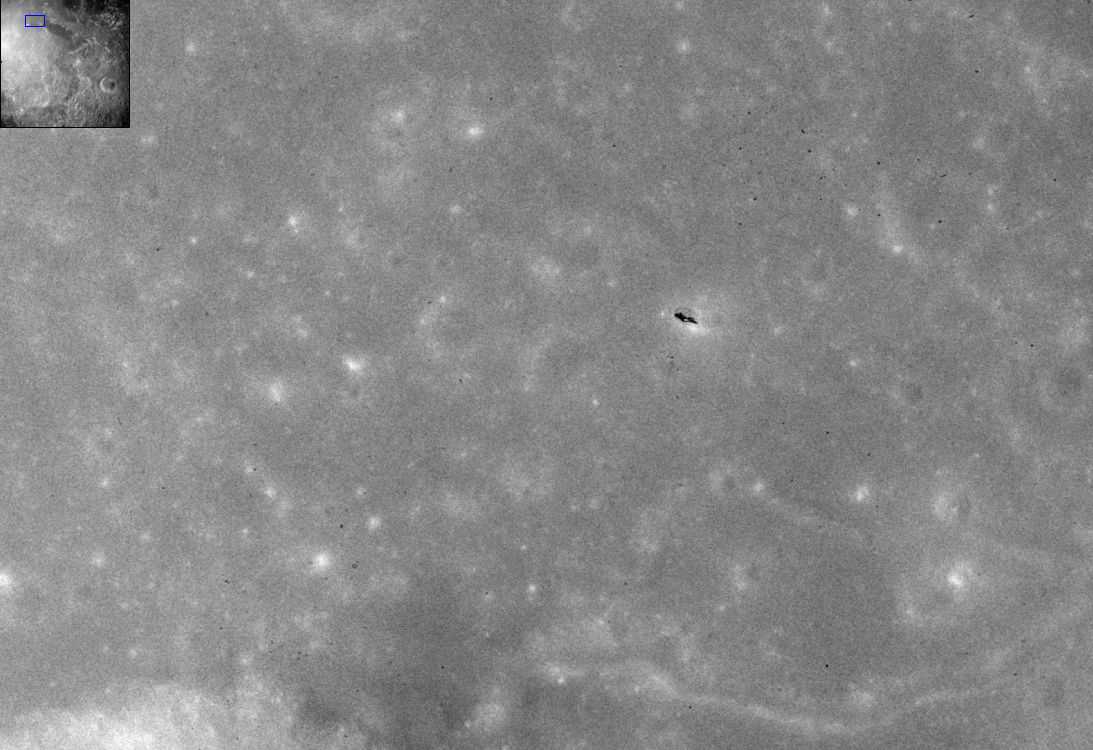 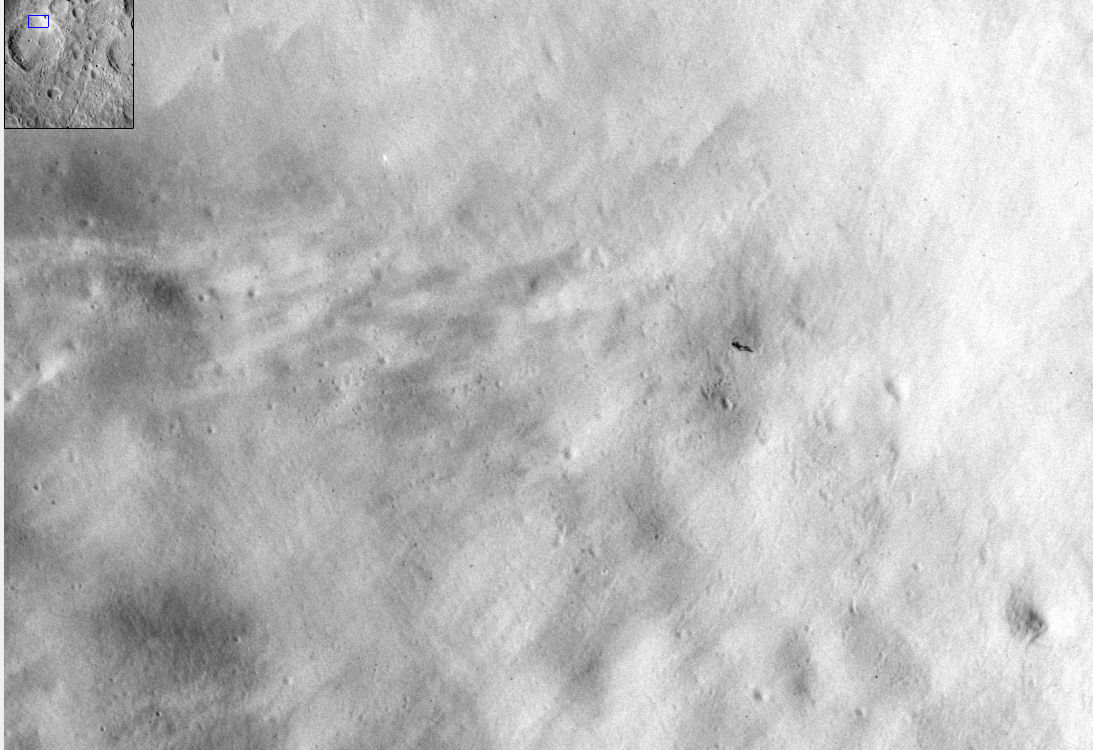 In a post above, I gave the location of the object in the image frames, and I posted a link to all Apollo 15 mapping camera images, but here is that link again:

Here is a blurred image of NOT the Moon (A15-M-0016). I think this is a picture of something in front of the camera: 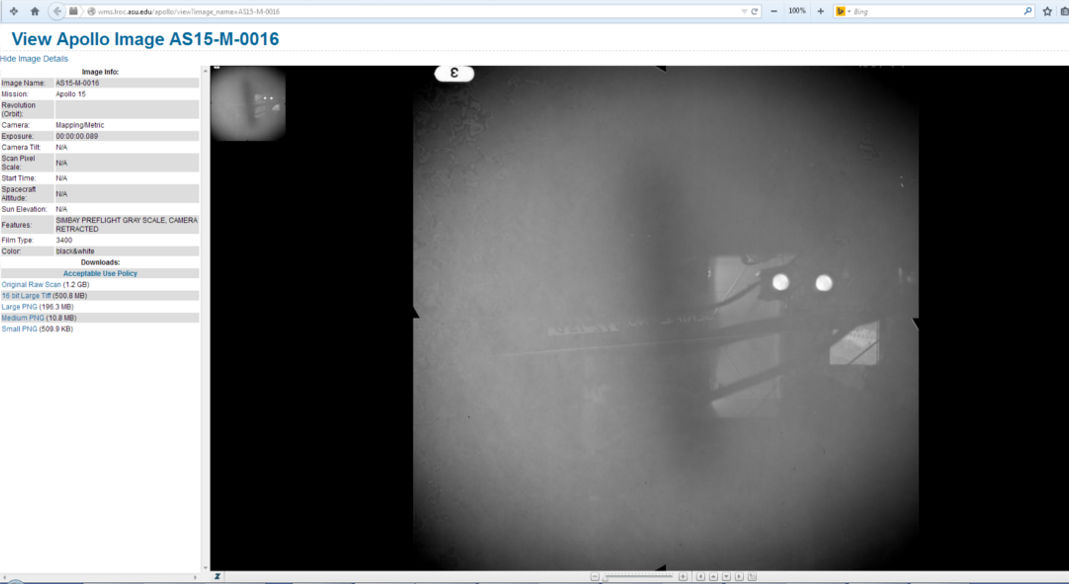 The "object" appears in this image, too: 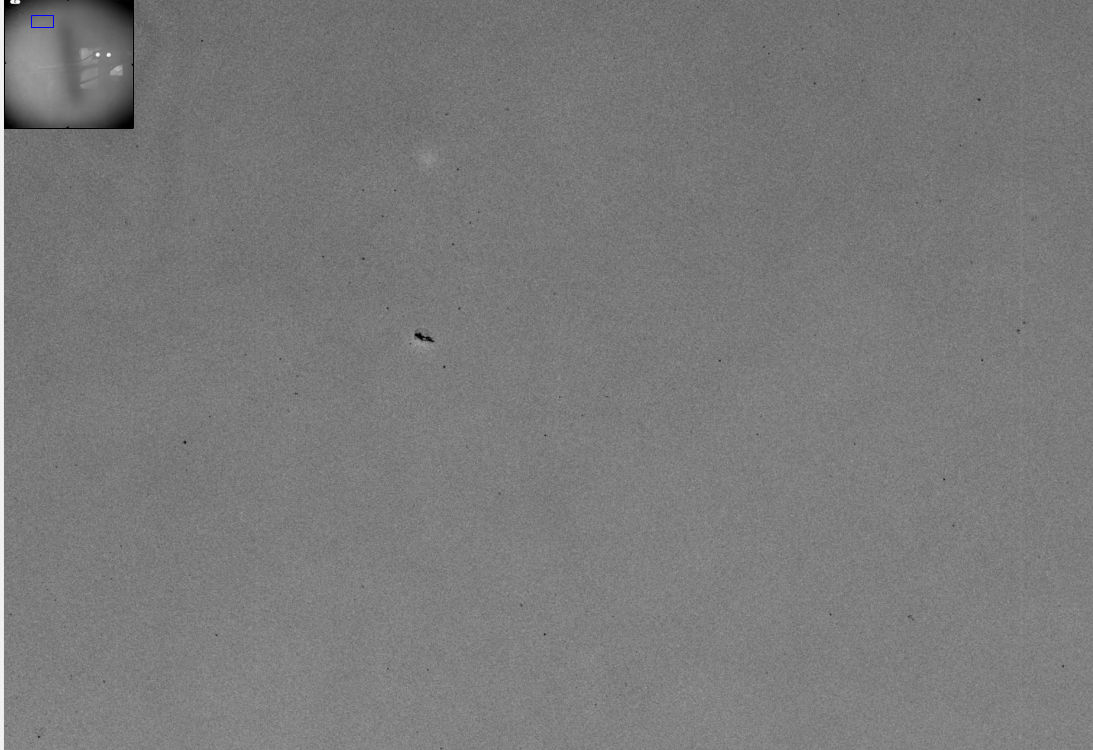