ASPEN, Colorado, July 25 (Reuters) - Russia has now amassed around 15,000 troops along the border with Ukraine, the U.S. ambassador to NATO said on Friday, offering a higher figure than one previously cited by the Pentagon.

U.S. Ambassador to NATO Douglas Lute offered the estimate during a security forum in Colorado, saying there were "now up again over about 15,000 Russian troops amassed along the border with Ukraine." (Reporting by Phil Stewart; Editing by Susan Heavey)

edit on 25-7-2014 by _BoneZ_ because: added external source tags MOD Note: IMPORTANT: Using Content From Other Websites on ATS

posted on Jul, 25 2014 @ 05:52 PM
link
Its news when they CROSS the border. Did they? Or are troops inside their own respected borders as is their right. This is just scare tactics. Russia farts and the whole world...


Not exactly what I want to see a few weeks before I move to Europe..especially what I don't want to see since my wife is already there.

Well it makes sense for Russia to intervene because those people ARE Russian. They speak Russian and want to belong to their motherland. Russia should have invaded Ukraine as soon as the coupe happened. It was illegal to overthrow the democratically elected government. The people who replaced the old government were a bunch of rich guys who were actually groomed by the US long ago.

Many people don't know that the US has been in Ukraine for a long time waiting for their moment. They want Russia to react to their strategy so they can vilify them in the media. That;s what is happening now and Russia is playing the game cool and collected. They know if they get heated the world won't hesitate to point there finger and say "See? I told you Russia is evil."


Not exactly what I want to see a few weeks before I move to Europe..especially what I don't want to see since my wife is already there.

You don't want to see Russian troops in Russia while your in Europe. It is not easy making you feel safe is it?

posted on Jul, 25 2014 @ 06:07 PM
link
Things are balanced a little to finely... all it takes is one stupid politician, or trigger happy soldier and things could get a might more interesting than I like, add in my wifes job which will keep her in that general vicinity... I think I have quite a bit of reason to be nervous.

if it was just me I wouldn't care, I am very twitchy when it comes to my wifes safety.
edit on 25-7-2014 by Irishhaf because: (no reason given)

posted on Jul, 25 2014 @ 06:13 PM
link
I am stoked. I don't want to see anyone die but I am so over US intervention and their slaughtering tactics that take place all over the world by their proxy terrorists. It is enough. I am tired of their support of Israel, I am tired of their meddling in Syria, Libya. and the African nations. This needs to stop. There is no way to stop it unless the Super Powers go to war. It is time.
edit on 25-7-2014 by GrantedBail because: (no reason given)

if it was just me I wouldn't care, I am very twitchy when it comes to my wifes safety.

Considering just how hard the US and NATO are pushing for a confrontation with Russia I think you have at least some cause for concern.

Be safe and all the best for your travels. FWIW I believe if the west actually gets what it wants this whole thing may go both global and nuclear. It won't really matter where you are.

Exactly, and didn't Ukraine fired some rockets into Russian territory? A reason more for Russia to intervene.

I bet if there was US/Germany or any other powerful western country faced with a problem like Russia, in which a one country military is killing their citizens, this whole scenario would be going on a completely different path. Hell, i bet most of the people wouldn't see anything wrong in that, because they are just protecting their citizens...am i right? 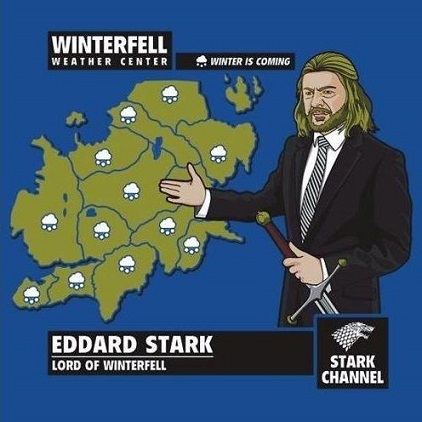 posted on Jul, 25 2014 @ 07:01 PM
link
The problem for Russia is the rebels have no popular support in the region so the weapons and volunteers that they have sent have not helped at all. So now the Russians are faced with the complete collapse of the rebels (an important bargaining chip for talks) and a loss of face or getting more involved. If the locals had supported the rebels things would be going much smoother but it is hard to hold territory when the locals are nuetral to your cause or even a bit hostile. I suppose the Russian could claim the rebels have been lying to them about shooting down the airliner and use that as pretext to cut off support. At least that way they do not have to worry about the conflict expanding or losing face.

Lol thats not enough for any invasion.

posted on Jul, 25 2014 @ 08:03 PM
link
I have heard a couple times on the news today that Australia may possibly send special forces in to protect the downed aircraft investigation site. IF this actually happens.. we have to consider that if a fire fight ensues between the separatists/Russians and the Aussies, it could be a major escalation and a much bigger conflict could occur involving NATO.

The investigation site, being so close to the Russian border is not a good thing. Especially if this report of troops massing again is true. All hell could break lose, IMO.
edit on 25-7-2014 by Wookiep because: (no reason given)

What's funny is that the number of those Russian troops is fewer than the 50,000 soldiers or so, that Israel has amassed on the Gaza border...

15,000 soldiers is not a high number, especially when dealing with a state as large as Ukraine. Besides, the Russian land is Russia's territory. They are allowed to send their troops anywhere they want within their borders.
edit on 25-7-2014 by daaskapital because: sp

(where's my Member's Only jacket?)

posted on Jul, 25 2014 @ 09:36 PM
link
Imagine that, 15,000 Russian troops inside Russia!! Where does Putin get off having his own troops inside his own boarders? The US is really grasping now, feels like they are chomping at the bit for a war against Russia.
edit on 25-7-2014 by sosobad because: (no reason given)

They have been messing with the investigation from the start. Of course they shot the plane down, who would ever believe they shot down the 4 right before that and 2 right after that but, some other mysterious group shot down the one in between. Not that at this point they should really care as they have enough problems as it is with Ukraine pushing them hard and little support from the locals they may not be around in another few weeks.

In all seriousness though, the Australian operation is called 'Operation: Bring them home'. Yes, we are sending over 200 personnel from the Federal Police and Australian Defence Force, but that is really not enough to pose any threat whatsoever. Besides, our Prime Minister has already spoken to Putin on the matter.

The operation is to only secure the site, aid in search and analysis purposes, and to bring the bodies of Australian citizens home. We aren't there to start a war, lol.