Do you live alone is it scary for you?

posted on Jul, 16 2014 @ 04:21 PM
link
So, the landlord has just made my housemate who used to live upstairs, move out
because he was months behind with the rent.

This is the second day alone
At first i thought cool , but as it hit midnight/ 1am and (we live in a quiet area)
everywhere was silent, every time i heard the wind rattle on the house, or i would hear a nearby car door closing, i`d be like `oh god what was that`

I think its much easier to pick up external noises when in a quiet house.

I`m finding it rather creepy at the moment, at night times

Does anybody else live alone? in a quiet/ish area?

How is it for you

I did, once upon a time. A little island in the Aleutians, in Alaska. It was company housing, a rattle-trap of a place, off about a mile or so from the little village.

Quiet? Doesn't even begin to cover it. I found it restful, actually. As opposed to the barracks housing down at the plant property...

Quiet has never really bothered me.

When I was younger I lived alone, it wasn't bad cause all I did was sleep there, I was very social.
edit on 16-7-2014 by rickymouse because: (no reason given)

posted on Jul, 16 2014 @ 04:29 PM
link
I have been lucky enough to be able to rent my own little 1 bedroom suite for the past 2 years, i do feel selfish sometimes as i am divorced and dont live with my 2 kids, but dang its nearly heaven here.

I've lived alone before and honestly it didn't bother me too much.

You just have to appreciate the independence away from others.

I haven't been without girlfriends for too long at a time though. Not even intentionally looking at all. Actually last time I was looking forward to being single for awhile and being alone in my apartment and then wound up meeting my current girlfriend. Which was good because I wound up losing job shortly after so it wound up saving my derrier in terms of housing.

But yeah, the things I liked about being alone was the fact I could hear myself think and no one bothered me when I played guitar, videogames, or when I read in silence.

Things I hated was not having someone to share breakfast with and having the presence of someone around when it was cold or if I was in the mood for snuggling in winter.

There's good sides and bad I suppose. Never really minded the silence although one time I was in apartment alone and had a paralysis dream at about one in the morning that scared the living # out of me.

edit: Lived out in country by self as well so it was quite silent.
edit on 16-7-2014 by OrphanApology because: (no reason given)

I used to, and it was brilliant. Siouxsie and the Banshees on at full volume, I could wander about half naked (best for scaring potential burglars), never had to wash the dishes...

ah my friend I can relate to this...the first time I lived alone I thought it was odd...but I am a solitary creature by nature and my hobbies overwhelm my time...if you find things to stay busy you will eventually get used to it and finally...when someone moves in with you you will wish you were back alone haha. I prefer to be alone than with someone unless its like a serious girlfriend or wife...

OMG!
I used to have posters of Siouxsie on my bedroom wall!

Living alone?
Scary for the first couple of nights, then you get used to the new quiet/noises then it can be great.
Just need to be secure in your own skin!

I used to, and still do.

In the beginning, I lived in an apartment with my Dad - because he worked nights, and I worked days, it was almost as if I was alone most of the time.

Same goes for now - I live alone (excluding my evil cat), and when I first moved in, I would jump at every little creak and bump in the night. I'm sort of used to it. I came from a large family, so it's always expected that there would be some kind of noise floating around the place. Now, it get's so quiet I can hear the ringing in my ears; very good for meditation. Every now & then, I do keep a listen for anything that sounds out of place (for example, I know all the spots where the floor creaks; if one of those spots, or a bunch of them creak and I'm obviously in bed, and my cat is on the bed with me...then either I have ghosts, or it's time to pull out the baseball bat).

It'll take some time to get used to, but I think you'll probably like the peace & quiet at the early hours of the morning. I've woken up next to trains, ambulances, & firetrucks...but the best by far is being able to leave the windows open, and wake up to the sounds of birds & squirrels.

posted on Jul, 16 2014 @ 10:48 PM
link
Yes, I remember the first time I lived alone. It was in a very secluded area. Beautiful forest for a back yard, no lights from any other building or sounds out side of nature.

Enjoy the peace and tranquility ! It is a rare commodity these days...

I still do Gordi!! And a Bauhaus one at the end of the hall.
Sometimes it amazes me that someone ever married me, lol!

I've lived with ghosts - And there's nothing like sleeping with an Ouija board with the planchette still on it and an unclosed session.

I haven't had many problems, at least when I lived in a haunted location. Even now, I still catch glimpses of movement out of the corner of my eyes, but that's about it (I'll swear I have a cat ghost wandering the place now, as when I head off to sleep, I can feel something jump up on the bed, and kneed the blankets - my cat is asleep on the floor, so it's not her).

What do you mean by "stuff"?
-foss

posted on Jul, 26 2014 @ 06:07 AM
link
I live alone in a remote location. it doesn't bother me to be there by myself but I do get lonely and need to visit people often. About the only thing I have had happen that concerned me was on two occasions I woke up very early in the morning while it was still dark out and there was a light shining on my ceiling through a window. I didn't get up to see what it was ( I didn't dare to). I just rolled over and went back to sleep. 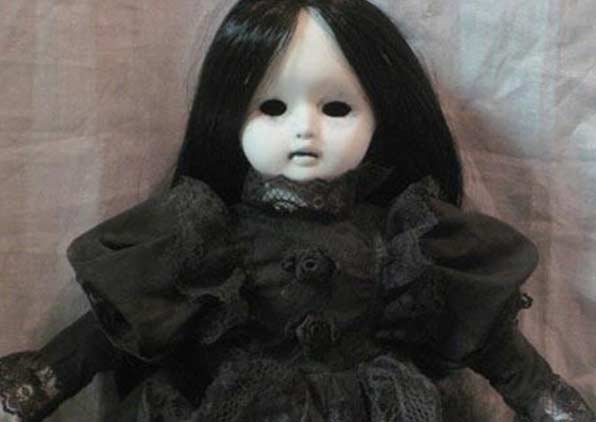